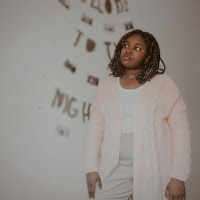 Adele is a twenty-year-old Congolese writer struggling to get her journalism degree at Ryerson University. When she isn’t running around trying to finish schoolwork, she can be found dancing, criticizing literature/TV/film for fun, or just waiting for Canadian weather to take a break and finally give her some semblance of warm weather. In the future, she hopes to see more people accept the beauty that is representation (in all aspects) and Netflix’s (best) series, The Get Down.
Catch her yelling nonsensically on Instagram and Twitter. 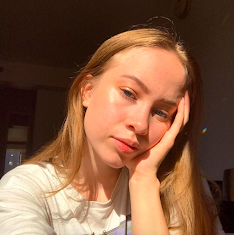 Amy is a 19-year-old artist and filmmaker from the Washington D.C. area who loves hiking and figure skating. You can probably find her embroidering all of her clothes, drinking tea or listening to her ~chill~ playlist on Spotify. She is very passionate about human rights and social justice, and is studying Visual Studies at the University of Pennsylvania. Keep up with Amy on her Instagram @amybkrimm or Twitter @amyybkrimm. 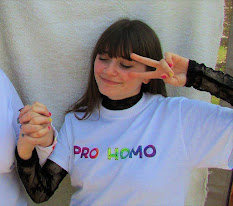 Emily Bourne (she/they) is a 19-year-old artist, freelance writer and activist from London. Her main goal is to highlight and call-out ableism in society. Oh, and to remind disabled people that they are SO effing POWERFUL. Follow her Instagram to learn more! 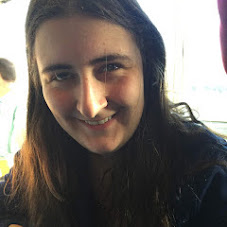 Ellanora Lerner is a child of the Jewish diaspora and the ocean. She is interested in queer identity and the education system. She is currently a student at Clark University and a co-founder of Jewish Teens for Empowered Consent. Find her writing on the Jewish Women's Archive and find her on Instagram @ellanoruhhh. 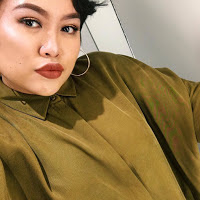 CJ is a 19 year old Filipina artist from London. She dabbles in digital art and mixed media, as well as traditional illustration and photography. Her work features everything from her experiences as a bi WOC to politics, pop culture and her daydreams. You'll most likely catch her watching conspiracy theory videos or Louis Theroux. Keep up with her art on Instagram @cjcalandy 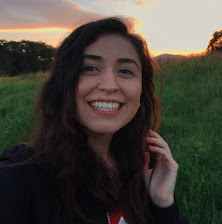 Jazmin is a 18 year old artist from the San Francisco Bay Area. She loves all forms of art from makeup to sculpture. Currently, she is studying graphic design at Long Beach State. She is very passionate about social justice issues and wants her art to raise awareness about them. Her other interests include nature, writing, and Studio Ghibli films. You can keep up with her adventures by following her on Twitter (@jazzy_d) or Instagram (@jazzz.d 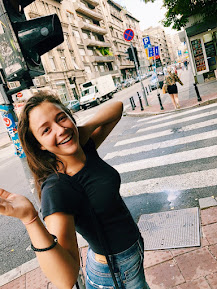 Desanka Vorkapich is an eighteen-year-old artist attending Western University in Canada. She finds the most inspiration from Yayoi Kusama’s artwork and her favorite media to use are markers. When she isn’t studying, you can either catch her listening to Flume or dreaming about the day she lives in Greenwich Village in NYC. Desanka is most passionate about mental health. Follow her at @desanka.v to keep up with her artwork. 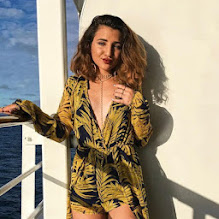 Ruthie is a precocious young feminist from the heart of Chicago. She enjoys roaming the streets in search of used bookstores and good bargains. Always wearing high heels, Ruthie champions the causes she cares about: serving underprivileged communities, women’s rights, political activism, environmental action...the list goes on. In her free time, Ruthie can be found dancing to Lorde, journaling, tutoring small children, drinking strong                 coffee, and being with her lovely friends. 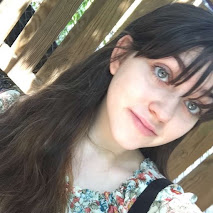 Keira is a sixteen year old writer, tea drinker, and bee enthusiast. She loves all modern art and baked goods and is really just trying her hardest right now. Her work is constantly inspired and defined by the people around her, as well as the media she consumes. She will gladly talk for hours about the importance of feminism in mainstream movies and TV. This program made possible with support from viewers like you. 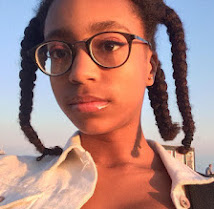 Merrie is a 14 year old home-educated writer and dancer from Brighton, UK. She enjoys writing random articles for her friends, discussing the merits of iced tea and talking about inspirational women campaigners. She’d like to change the world through her writing but it’s quite a big job and she’s only just getting started. You can usually find her trying on lipstick, rolling on the ground screaming with laughter or telling people that the         shortening of her name is “Merrie as in Merry Christmas”. 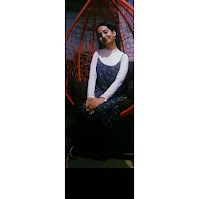 Tanya is an Indian trans, non-binary, panromatic asexual SW, writer, poet and editor. Their work has appeared in Gone Lawn, Minola Review, Polyphony H.S, and elsewhere, and has been recognized by the Times of India and Bow Seat Ocean Awareness Student Contest, among other places. They are the founder & editor-in-chief of The Cerurove, a literary & arts magazine. Their chapbook Heaven is Only a Part of Our Body Where All the Sickness Resides was published by Ghost City Press in 2018. Find them on Twitter: @TanyaJVSingh.
Grace is a queer 20 – something-year-old illustrator and bartender. She is obsessed with human interaction and how sex and porn habits affect the way we treat one another in every life. When she isn’t pulling pints, she is listening to sex podcasts, reading feminist literature, or sticking her nose into the sex and fetish clubs that London has to offer. More of her work can be found at @gracecowley_illustration

The Intersection of FOMO and Anxiety