The Rise and Fall of OnlyFans

[Image description: A landscape image. The background is black. On the right side of the image is a drawing of a woman with blue wavy hair, wearing a mask with spikes coming out of it. The woman is nakes and has her nipples pierced. Over her body is written ‘Link in bio, Missy Blue.’ On the left side is written ‘The rise and fall of OnlyFans in a bold font. Around the text is a white box. In the bottom left corner is written ‘Risen Zine’.]

Artwork by Missy Blue. Graphic made with Canva.

Now dear reader, I can’t offer you any quick fixes on  “How to be Successful on OnlyFans”. I can only tip my hat to the incredible hard-working people who have genuinely successful OnlyFans accounts. Even my own account is completely fuelled by my live shows and I have not managed to tap into the secret code that is the twitter marketing machine. If that is what you came here for, I recommend you check out youtube videos made by amazingly kind women who are sharing their tips for free.

Before you do anything, a quick word of warning, the internet is forever, once you post those pictures they are like feathers on the wind, please consider the implications and risks. 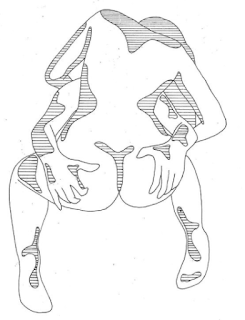 [Image description: On a white background is a line drawing of the back of a woman, with a man’s hands gripping her bum.]

When I got on OnlyFans, the site was snowballing quickly. It was riding a wave of radical self-love that was pumping its way around Instagram, and the desire to be creative from the confines of your own bedroom.

But just as rapidly as OnlyFans was expanding, the plague of whorephobia was spreading. Women were being outed by co-workers who had found their OnlyFans accounts and were fired on the spot. This happened to both  civilians and full-service sex workers (also called FSSWs). The anonymity that many full-service sex workers had previously shrouded themselves in for their personal safety, and which allowed them to keep their other jobs, vanished as they were pushed online to earn the money that they needed. The skills required for each different type of sex work are not interchangeable and many FSSWs, who typically work in-person, are not comfortable with the idea of having to do a full live show and creating unique content for possibly thousands of viewers. It’s not something these people ever thought they would have to do, and when they do it many are outed and lose even more income.

Bella Thorne is one of the best examples of how sex work is being gentrified for clout, or a look, a trend which has fast tracked sex workers [SWERS] off another online platform. Depending on who you follow on Instagram and what petitions you’ve been asked to sign over the last year, you may have noticed that SWERS are being pushed off all the mainstream social media platforms; mainly Instagram. Since Twitter and Instagram are the most mainstream places we can advertise our personalities as well as our content, it can be very detrimental to our business when we are suddenly wiped off the social media map. This predominantly affects women especially if you are plus size, not white or loud about the issues sex workers face, you can expect to get your account  deleted a few times.

Obviously, these rules do not apply to the skinny, white, rich Miss Bella Thorne. Miss Thorne does not get her pictures removed for nudity, or solicitation whilst advertising her Only Fans. At the same time, thousands of SWERS’s accounts are deleted because they can’t have their links in their bios or even elude to sexuality. 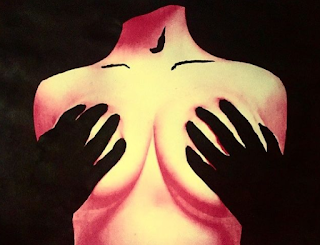 Bella Thorne decided to do some cultural tourism, which is to say, pretended to be a sex worker by creating an OnlyFans account. She made over a million dollars in one day and hoodwinked customers by selling pictures for $200 that she had alluded to being nudes, but were not. This resulted in a record amount of refunds being given back to clients who rightly felt that they had been misled.

In response, OnlyFans  capped tips at $100 and private message tips at $50 and extended the time it takes for creators to receive the money they make . Outrage ensued. Bella explained that she was hoping to make a film about sex work so she thought she would dip her toes into waters she had no business disturbing. She got to make a mind-bending amount of money without any of the battle or backlash real SWERS face daily. She sat on her pile of money as she messed with people’s livelihoods , claiming she had made OnlyFans cool and taking no responsibility for the fact that I, along with many other SWERS, nearly didn’t make enough for money for rent that month.

Since OnlyFans lost so much money refunding Bella Thorne’s audience, they became wary of real SWERS and have begun to crack down on what content is allowed on their platform. SWERS are beginning to be removed as OnlyFans tries to distance itself from the original creators who brought the platform into the public eye and made them so much money in the first place. SWERS are now looking to platforms like ManyVids and other such platforms to sell their work safely. OnlyFans has had its moment in the sun but I’m not sure how much longer it thinks it can hold its monopoly since it is increasingly unsafe for SWERS.