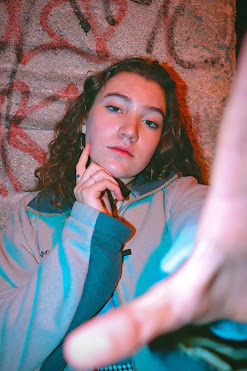 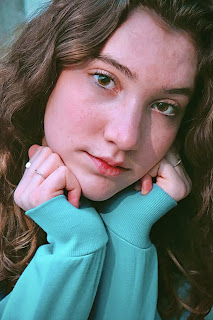 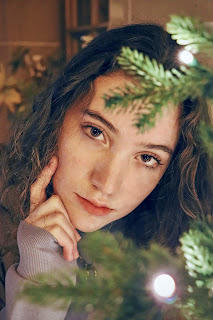 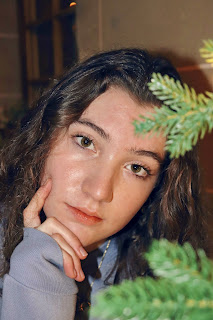 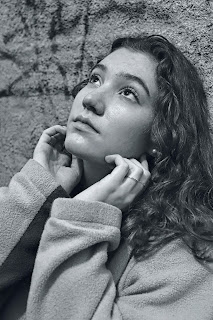 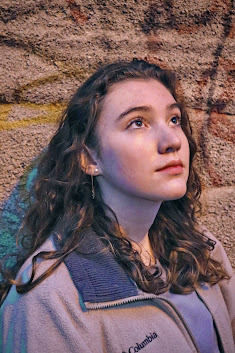 These portraits of Isabel (@isa_thomp22) were taken in the centre of Nyon, Switzerland. We were wandering around the city, pausing occasionally to take some pictures in places that we found visually appealing. There was no concrete plan to carry out the shoot - I had Isabel crouch low besides a random short fir tree that was placed in front of a store and we got some shots that we were proud of.
Image Descriptions: Six images of a teenage girl with white skin and brown curly hair. In the first image, she is looking at and reaching toward the camera with her back against a wall with graffiti. In the second and fourth images, she is next to a fir tree and has her hand on her face. In the third image, she is looking at the camera with her chin on her hands. The fifth image is in black and white and she is looking up. The sixth image is brown tone and she is looking up and away from the camera.]