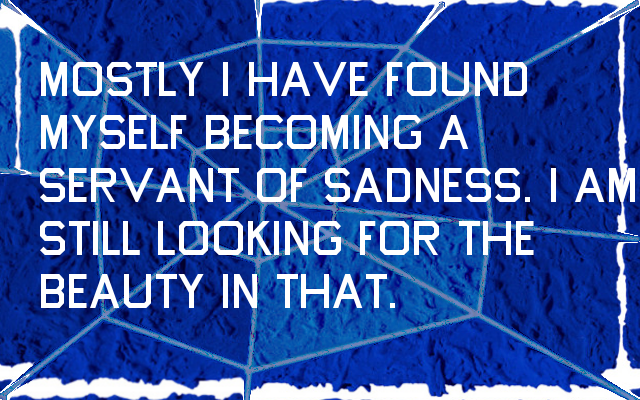 [Image description: Two monochromes by Yves Klein that have been manipulated, one to look like a torn photograph, the other to look like it’s under shattered glass. The photograph has the text “It is easier, of course, to find dignity in one’s solitude. Loneliness is solitude with a problem,” and the broken glass reads “Mostly I have found myself becoming a servant of sadness. I am still looking for the beauty in that.” Both of these lines come from Maggie Nelson’s Bluets]
Article and art by Sam Moore