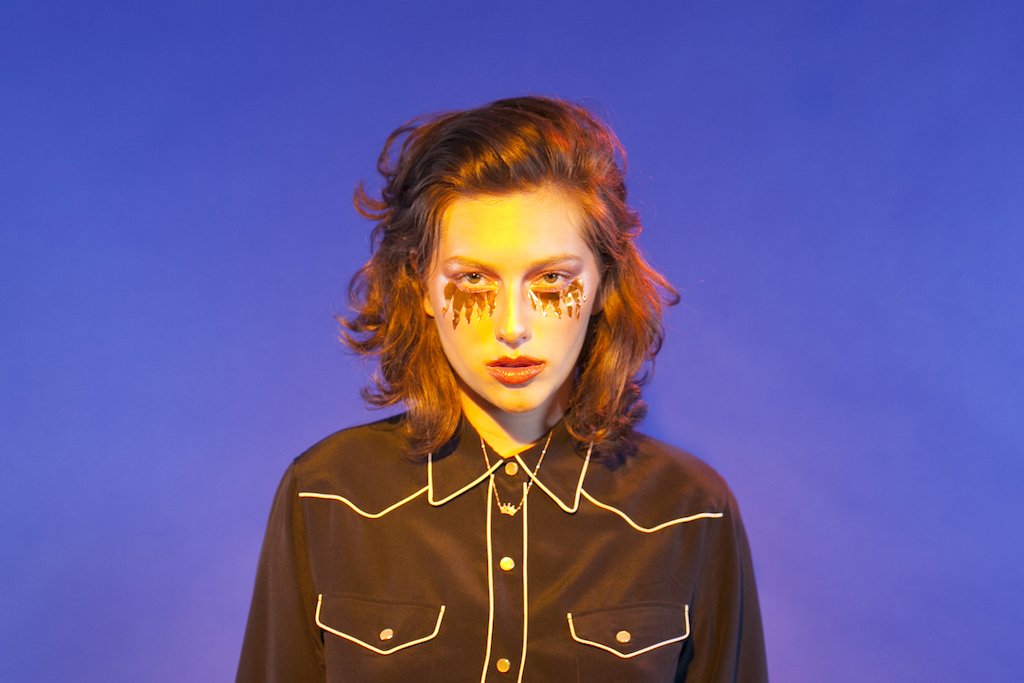 Source
[Image description: album photo of King Princess who is wearing a button up black shirt with white lining and flame like foil under her eyes]

Article and photos by Sophie

This year has been dripping with talent and I’ve been rejoicing in the music released in the last 12 months. I’ve seen a few artists perform, listened endlessly to my long time favourite songs and discovered more and more brilliant tunes so here is a compilation of what I’ve found in 2019. 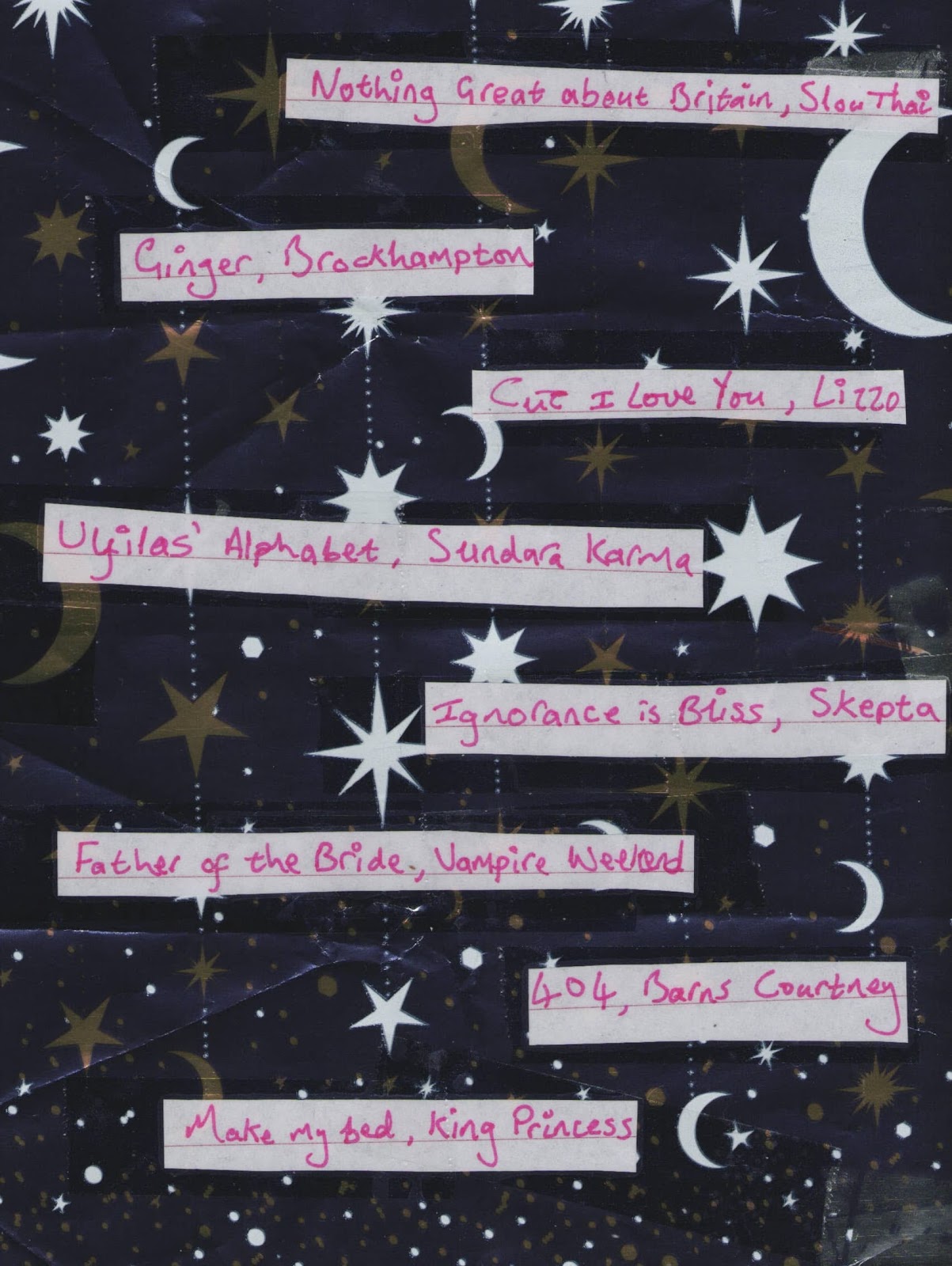 [Image description: a list of my favourite albums released in 2019. Pink writing on white paper backed with stars and moons wrapping paper]

I properly discovered Barns Courtney this year and his 2017 album ‘The Attractions of Youth’ in particular. I instantly fell in love with it and have probably had this album on repeat since January.

A special mention goes to Vampire Weekend. I’ve regained love for them this year after low key hating them from using their song ‘A-Punk’ for my a level music video and hearing it 50 times a day for about 4 months. My favourite song from their 2019 album, ‘Father of the Bride’, is undoubtedly ‘Sunflower’ ft. Steve Lacy. It beings with the most satisfying bass riff I’ve ever heard and is just such a jolly, summery song.

Each month I’ve made a playlist of new songs I’ve found and vibed with so here is a compilation of my ultimate discoveries. Disclaimer: they haven’t all been released this year. 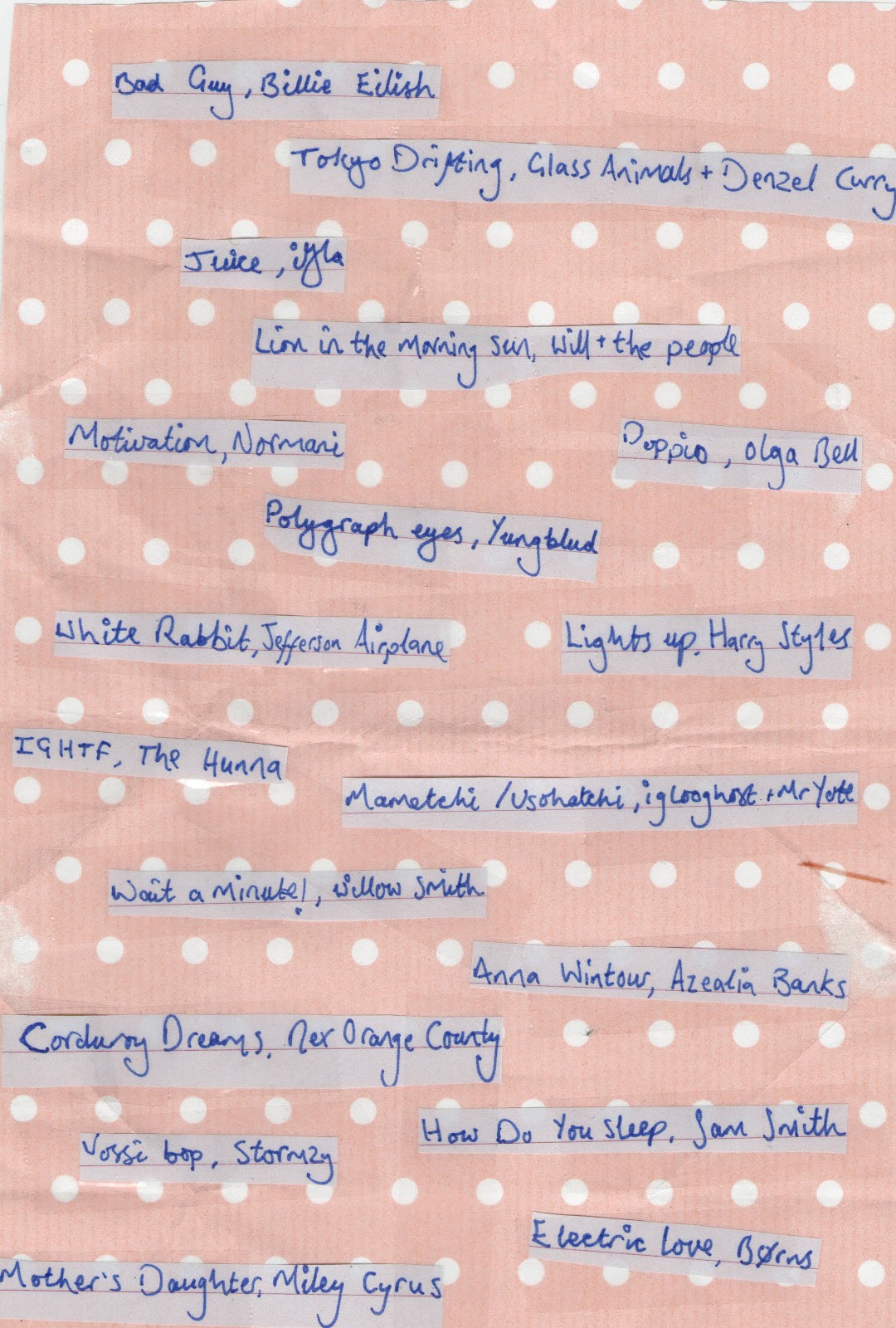 [Image description: a list of my favourite songs this year. Blue writing on white paper with pink and white spotted backing]

Anderson.Paak is most likely my favourite discovery of 2019. I love his ‘Oxnard’ album (2018) with ‘6 Summers’ and ‘Saviers Road’ being the best songs in my opinion. Just wacking that on and having a jive just puts you in the best mood. 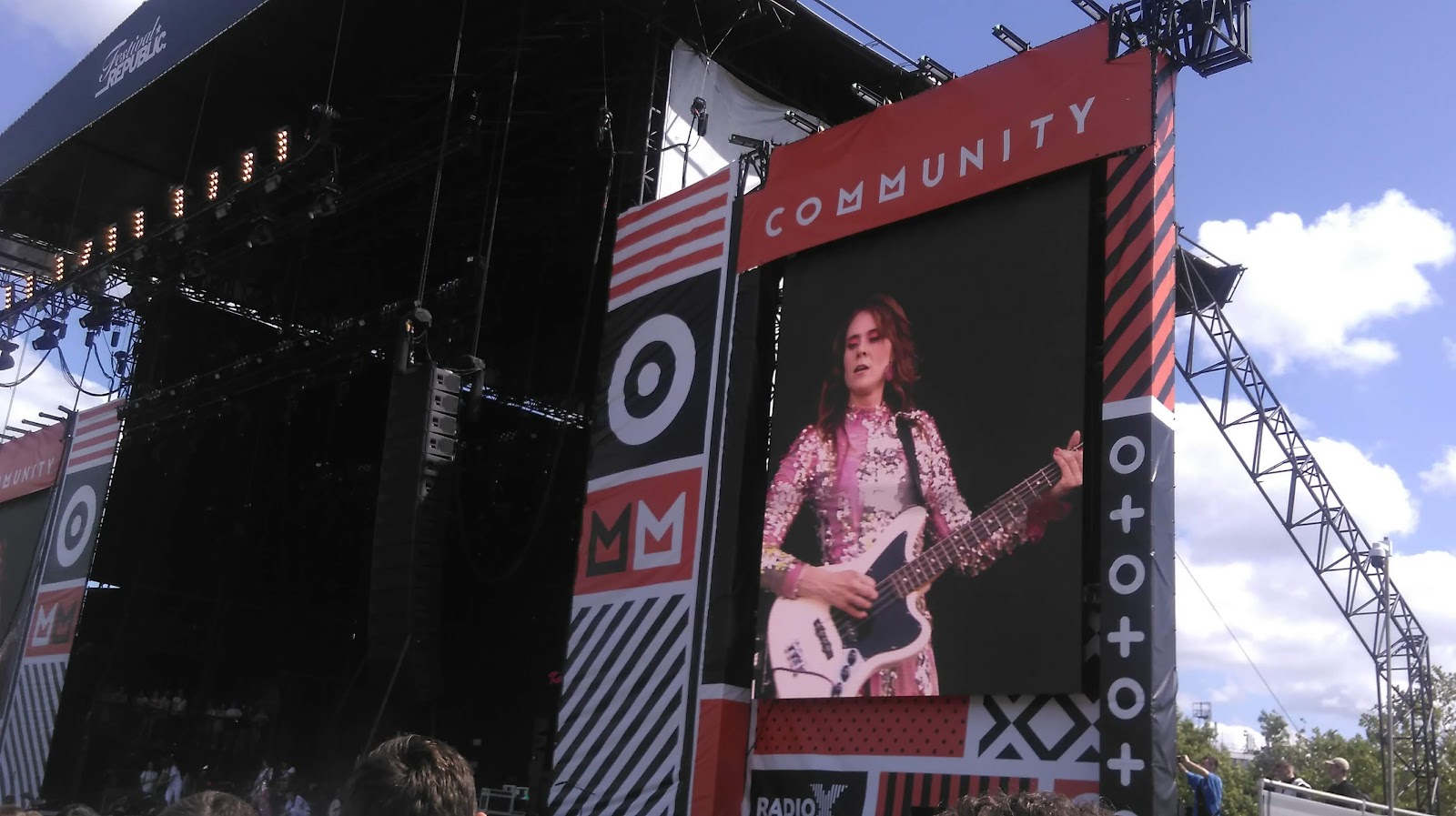 [Image description: wide shot of the stage at Community festival. Kate is seen on a screen to the right holding a light pink guitar wearing a sparkly long sleeved dress]

What can I say about this woman apart from WHAT A LEGEND. I saw her briefly at Reading last year but watching her properly pushed my love for her even further. After watching her documentary, ‘Underestimate The Girl’, I had a newfound respect for people in the music industry and for those who fight to keep producing music for their fans. I stan the fact that she started crowd surfing mid festival performance whilst wearing a floor length gown. 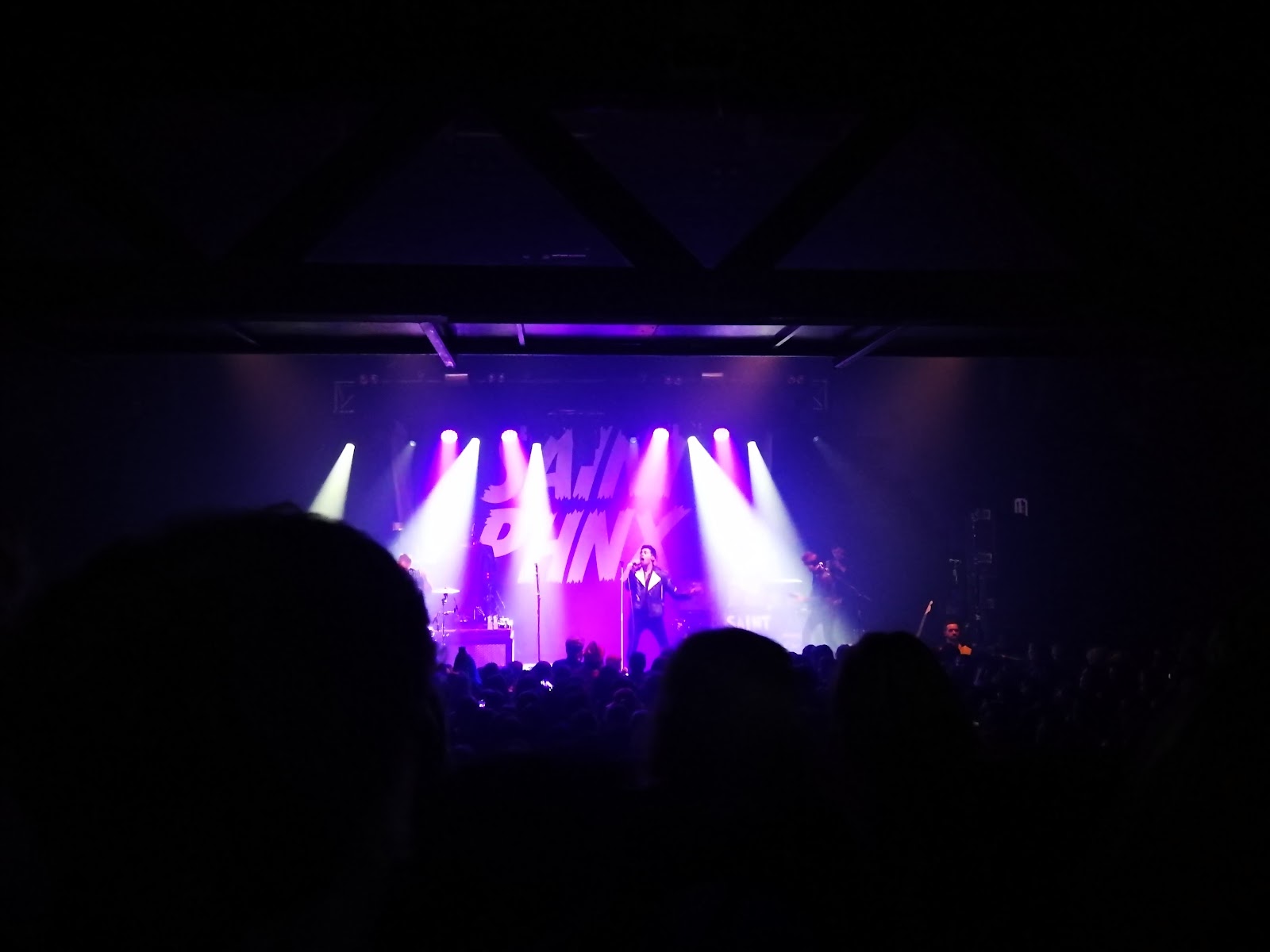 [Image description: backdrop on stage saying ‘Saint Phnx’ with silhouettes of the audience in the forefront]

I saw these bad lads in Bristol who were supporting Yungblud on tour. I gave them a listen before the gig and fell in love with one of their songs: ‘Death of Me’. Dressed in leather and keeping their staging minimal they were super fun to watch and they split the crowd for a call and response sequence which is always exciting. 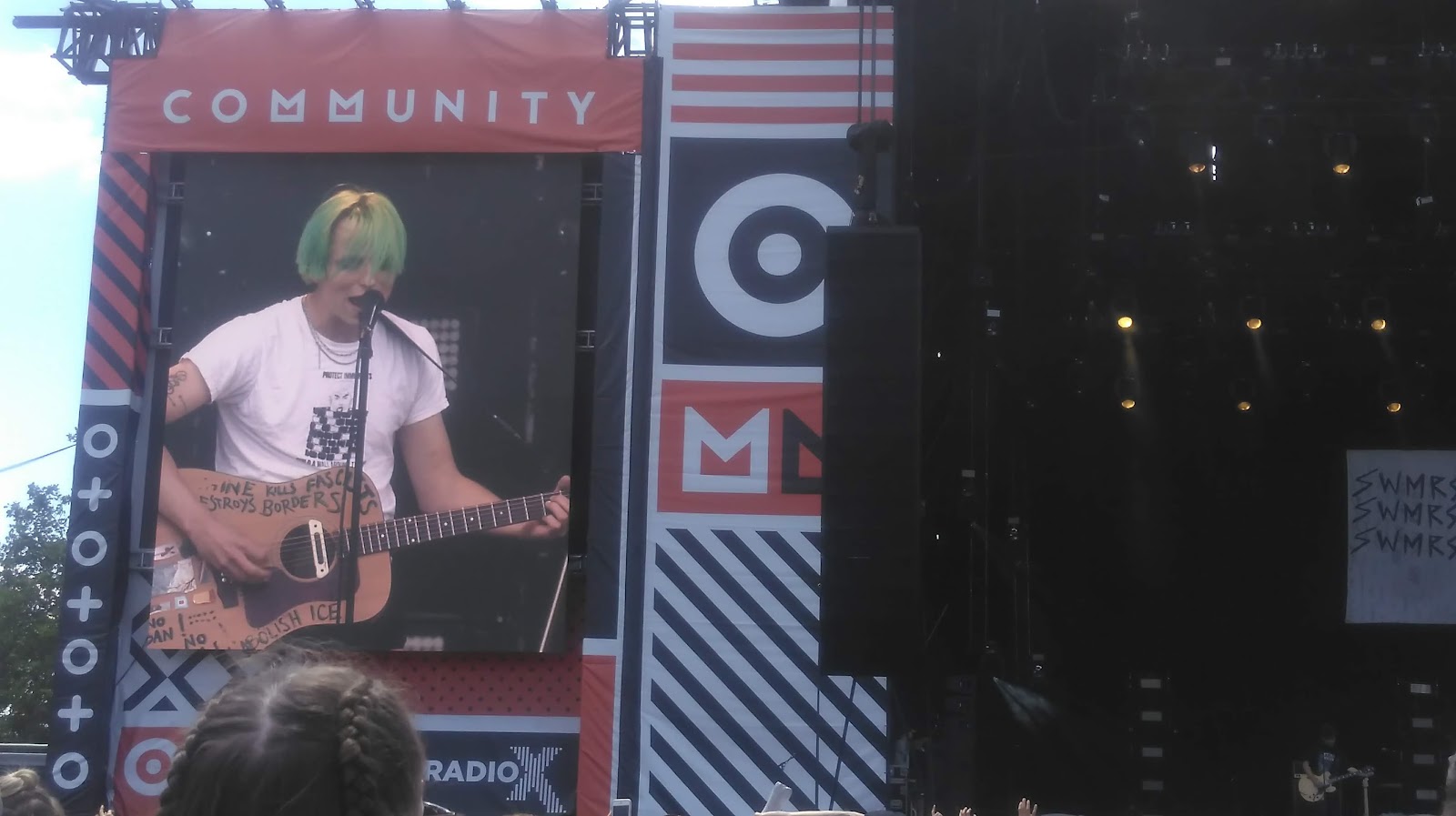 Chaotic, green haired and full of energy; watching SWMRS was so fun. They certainly hyped up the audience and dropped in political referencing with stickers on guitars and Cole Becker (lead singer) wore a t-shirt denouncing the proposal of Trump’s wall. 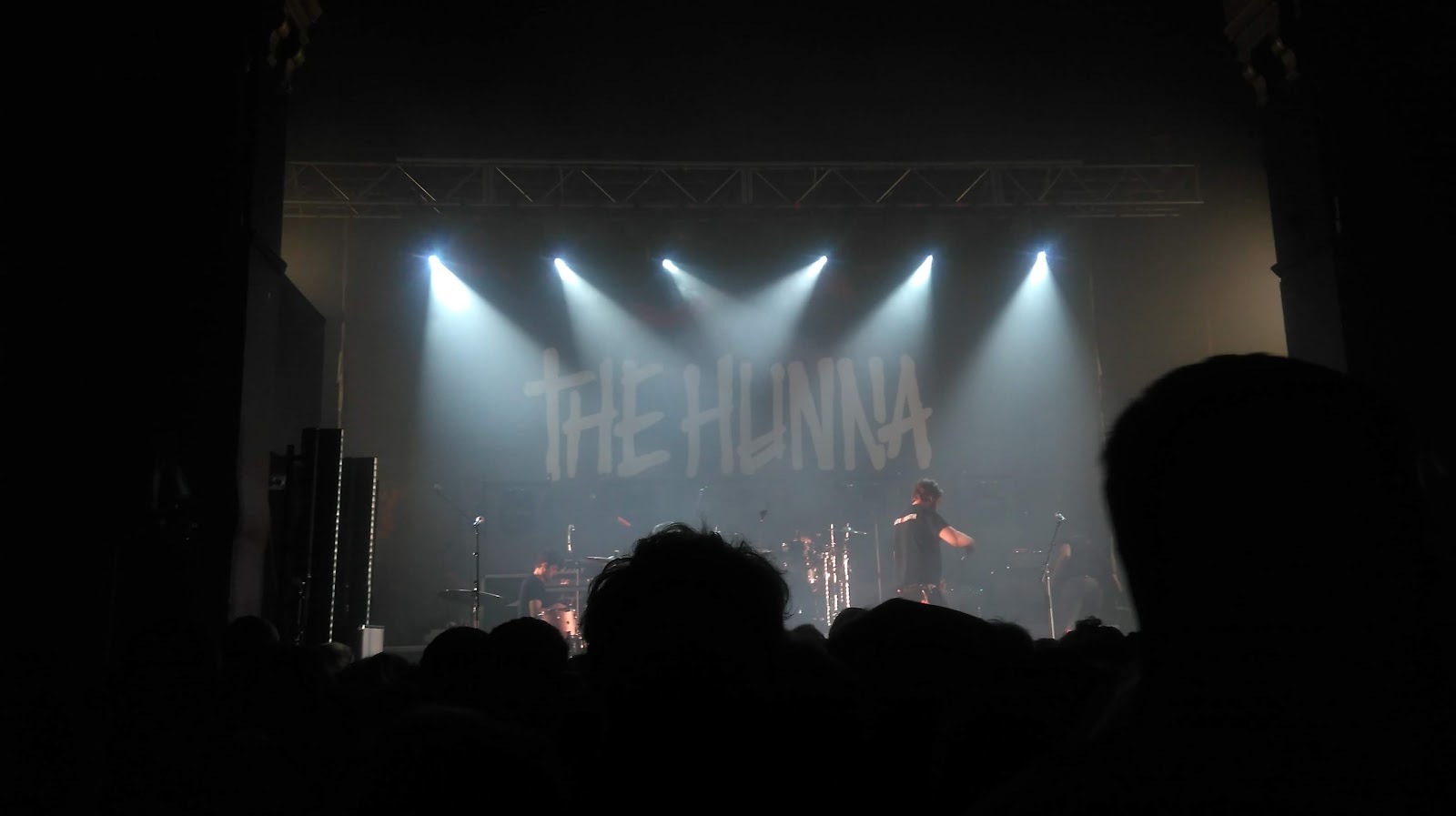 [Image description: backdrop on stage saying ‘The Hunna’ with silhouettes of the audience in the forefront]

This band have honestly joined me though a journey this year. I bought tickets to their tour for my ex as a birthday present and one thing in another the plan didn’t stretch as long as I was expecting. The tour then got cancelled because of being screwed over by their management. I went to their rescheduled show with a friend and we had the best time!! They were better than I could have imagined and I got some anger out through moshing. ‘IGHTF’ was played as a teaser for their new album due to be released in 2020 and it is a BOP. I saw them again in summer at a festival and weirdly enough I was cast in their music video shoot at the end of August which was absolutely out of this world. For sure, my top band of this year. 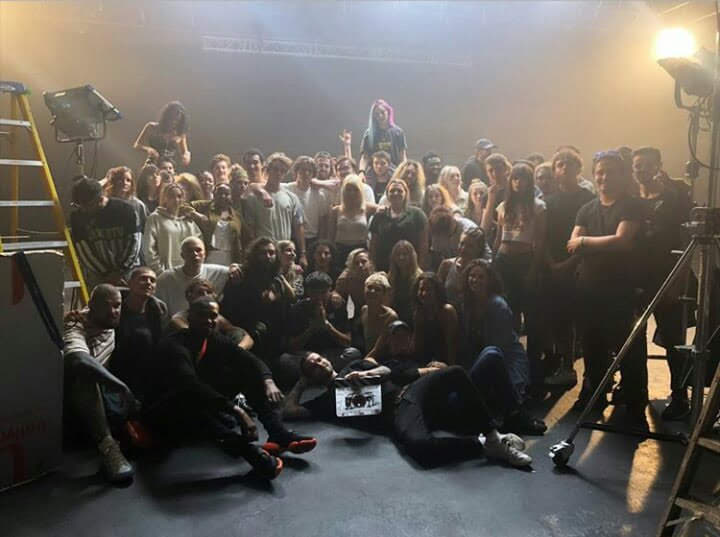 [Image description: group photo of the band, cast and crew from The Hunna music video shoot. I have my arm up at the back of the group]
music songs sophie Spotify