How to Grow a Garden in Yourself 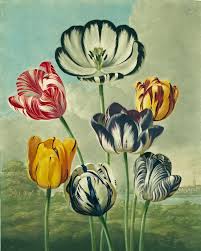 The first time I saw my new home on a pixelated phone screen, I thought it looked like a civil war plantation house. Pale yellow and stately and so very unlike me. My childhood house was little, the brightest blue house on the block, and the grass grew in longhaired tufts around my attempt at a garden. Now it is dark gray, like a frustrated sky, and the grass is a buzzcut of a lawn, but I couldn’t have known that then.

One year when my house was still blue and the air was hot and sticky, a true Chicago summer- the kind that makes you want to lie on cold tiled floor for the rest of your life and not get up- I felt a green thumb sprouting, so my best friend and I made our way to the little farmer’s stand on the corner of a huge intersection, a slice of the country in our seething city, however quite overpriced. We spent hours weeding, digging, and weeding again. We ended up clumsily planting pink and purple perennials, knowing they would come back. Then we made ourselves veggie sandwiches on big ciabatta rolls and sat in the summer shade of my square inch backyard, breathing in the smell of our future. My garden was earthy and bitter at first, and then it smelled clean, our own angst and hormones roiling and broiling, waiting to stabilize. During this period, the middle school years enveloped us, but soon it would be so sweet. The future whispered to us back then, unthreatening. High school and teenage stupidity in the city of neighborhoods with names like Andersonville and Pilsen, each one a little basin of urban life. Mine was called Lincoln Square, and you could go sit on a stone square and eat sweet gelato or watch the foam of a fountain bubble over in the summer sun. I painted for years at a place called “Art In The Square”, and as my brushstrokes developed so did my womanhood. Lincoln Square was my flower pot.

“This is amazing,” we kept saying to each other, 12 year old pride written into our faces.  “Let’s do it again, EVERY summer,” I said, already thinking ahead.

The plantation house was at the end of a long culdesac, and my anxiety for all things suburban really got a kick out of it. Culdesacs were only in horror movies, I thought. Although in the February chill of a weak sun, I could not envision my lopsided perennials. I could not envision my friend or the walk to the farmstand on that busy intersection road. What am I doing here? I went inside and the previous owner’s stuff was still there. Everything was beach themed with decorative seashells everywhere, which I found odd for winter in New Hampshire. There was a cozy looking dog bed in the basement that I curled up on, and thought about the course my life had taken. It was apparent that I was going to have to purchase winter boots, the big clunky lace-up ones that I had swiftly avoided my entire life. This surely meant the beginning of an existential crisis. My mom came down and took my picture in the dog bed, and I wanted to cry forever...mopey even when asleep. I hated my mom, and I hated myself for allowing me to hate my mom.

All year long, a timer quickly counted down the days until I would leave. No one else ever saw it but  me. It was loud and proud and took up space, just like all the Chicago things that I felt I needed to protect inside my memory: the park at the end of my street with its weepy willows, the Kopi Cafe’s pillows that replace chairs, the fluorescent feeling of the subway at dusk. I needed to preserve these “things”, and yet… I could reinvent myself. That’s what my therapist told me. That only made me think I needed reinventing. I tried to hit all of the places I loved, all of my memory spots. My little blue house, long sold and stripped, still stood on Hamilton Ave., and I ventured out there a few times before I left. My flowers were gone or dead or stuck in the earth. I felt stuck in the Earth. I peeked in the windows and noticed new wallpaper. Ugly stone lions guarded the steps. Everything kept going without me. Even my little blue house kept going - on and on without her previous inhabitant. This sad little woman, who only stood staring in when no one was home, so there would be no attention put on her if a single tear happened to escape at that exact moment.

And then it was August 24th. My friends held me on the way to the airport, whispered funny things, sweet memories, little sobs of happy sadness. They kissed me, bye for now. And then they let go, and I was the only person in the entire world, weeping my worries out in an airport. But maybe I wasn’t, and there were other people sobbing scattered across airports far and wide. I looked at a trashy magazine on the plane, flipped through the glossy pages absentmindedly and my snotty tears made the inked words blend together and run off the page. And as I hiccuped my way into a defeated silence, my dad put his headphones in.

Leaving is hard. Unlike perennials, you don’t get to “last or exist for a long or apparently infinite time”. Oh google, how dramatic you are. You don’t get to watch your best friend from childhood play a beautiful song about liking the color red on her guitar.  You don’t get to hold your current best friend from high school when she hurts from her own strength. You don’t get to walk past the little farmstand in your warm German neighborhood with a grocery list in hand. It isn’t even yours anymore, the neighborhood or the list. You don’t get the luxury of next times, and see you laters, of temporary loneliness and a temporary garden. Because once you leave, the temporary turns into a solid mass of something heavy. You must now close your eyes and imagine it all, the park at sunset under the weeping willow tree, or the bubbly fountain. You must hold your best friend’s hurt through a screen, and even then some slips out of your distant grasp. You must work so very hard to hold on hold on hold on. A state of matter changing is the result of a chemical reaction. I think leaving counts as such.

It will be a year ago this August, and since then I have learned to grapple with the duality of having two homes. I have accepted that I have two homes, that I will always long for the places and the people I love. The little blue house, now gray, has been visited many times over. When I fly into Chicago I walk through the same airport I once wept in, and the same space themed murals greet me as I walk toward the orange line. The Big Dipper welcomes me with open arms, and I watch tourists stop and stare, their first glimpse at Chicago, weird and unrepresentative of the city, and yet so very Chicago, to focus on the beautification over the rehabilitation. It comforts me, this intergalactic welcoming. The galaxy will always be there for me. Sometimes I see other crying travelers, and I try to look at them softly, and let them know that I too, was once a crying traveler, that it’s okay to cry as you disembark for somewhere else, that the galaxy is wide and endless seeming but always there for you to circle back.

So what can you or I or any of us do? We can keep it moving. Grow some plants, even if they’re clumsy. Find your people, because they are everywhere you are. Be loud and proud and take up space, even if it’s 1,017 miles away from the space you once felt was your own. It is too easy to feel inconsequential in space, space being cosmic and literal, as we are literally less than a grain of sand, and yet, this is all we have, and all we will know. Space is space. It’s meant for stars and flowers and you. The world laughs in flowers, said Ralph Waldo Emerson. In fact, it is probably laughing pink and purple perennials right now.
essay finding yourself growingup moving on ruth Ruthie Zolla youth