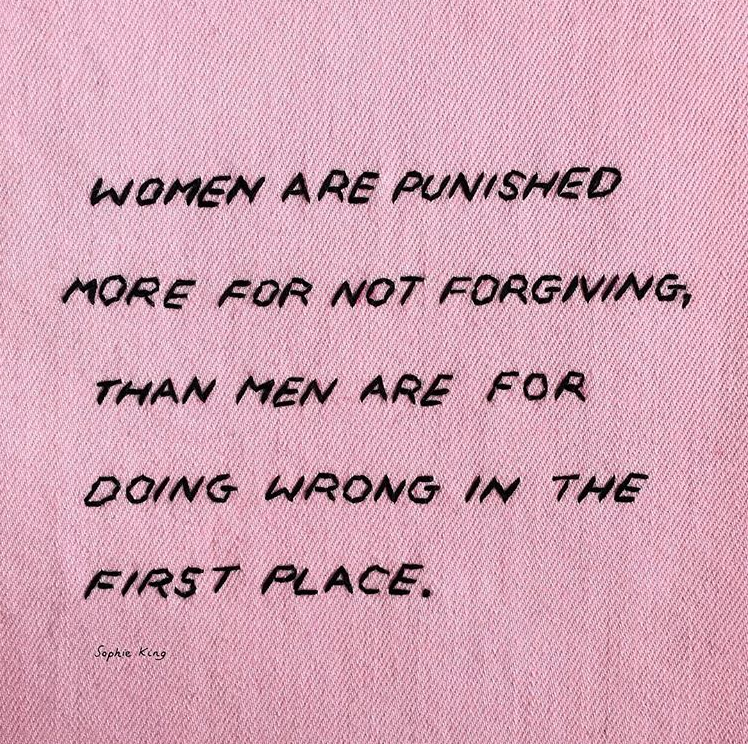 (This article will refer to abuse towards women from men as it references Chris Brown, but abuse is not just between men and women, though statistically men are most commonly the abuser and women the victims in this abuse (speaking in very binary language as the statistics do so). Further, men’s social power means they often do not suffer consequences when they are the abuser. However, all genders can abuse and be abused, and survivors of all genders are affected by the rhetoric discussed in this article.)

Thinking that those angry at Chris Brown are “spreading negativity” when Chris Brown literally beats up women is, perhaps, one of the worst takes I have ever seen.

For those of you blessed enough not to see this mess of an Instagram post, I’ll summarise: Justin Bieber said Chris Brown is talented, under an image saying he’s a combination of Michael Jackson and 2PAC. Apparently, we’ll regret overlooking him once Chris Brown’s dead. I’m not going to imbed the post here because, frankly, it does not need more traffic, and the comments are filled with abuse-sympathising celebrities. But the subject matter is important. The underlying expectation that abusers - especially those with social power, i.e. rich, famous men - get a free pass on the basis of their talent and proximity to success makes me feel sick. Men get the benefit of the doubt, and women get called money-hungry [insert your choice of misogynistic slur here] for even insinuating a man has abused them.

Hey, Justin Bieber: I know you’re not exactly known for impeccable decision-making and morals, but did you ever think while you were pressing “post” on Instagram that maybe if Chris Brown wasn’t a violent misogynist, people would like him?

All abusive, famous men need to do to be forgiven is...nothing. Men can be apologetic. They can be defensive. They can ignore the situation. They can be dead in the ground before anything comes out. And every situation plays out the same: forgiveness, boundless forgiveness, from fellow celebrities and their blindsighted fans.

What about the survivors? What do the survivors get? Scrutiny, further abuse, re-traumatisation, degradation, slander, and never to you hear these same men bat an eyelid.

Justin Bieber wants to talk about people bullying Chris Brown, as if Chris Brown hasn’t literally abused countless women, including Rihanna but not ending there. You want a list? Here you go: eight counts dating from 2009 to 2016, laid out and ready for you to read. But he’s changed so much, hasn’t he? He was just young, wasn’t he?

Justin Bieber seems to lack the depth to understand the difference between bullying and calling someone out; between being attacked and deserving everything you get. Justin Bieber and all the famous abuse apologists in the comments section will spout about “positivity” and “uplifting each other” and ignore the countless women who they are putting down by excusing Chris Brown’s actions.

Your friend is an abuser.

And nobody is owed forgiveness, but abusers especially are not. People who will use their place in your lives to control you, demean you, manipulate you or physically hurt you will never be entitled to your forgiveness. No matter how much they grow and change, the hurt they caused you still happened, and your anger, sadness, fear and resentment are still valid. It still happened. The knock-on effects of the abuse still happened. You had to live through that, and then live through your abuser continuing to thrive. Chris Brown is not owed shit, Justin, and you have alienated every abuse survivor who could have possibly supported you.

There is no conclusion to this except that I am angry. I am angry at people who have so much influence and use it to uplift disgusting human beings in the name of bullshit positivity culture. I am angry people don’t care about survivors because these men will always more valuable due to their proximity to power. Valued above every single person who has said #MeToo, who has had their autonomy taken from them, has grown up watching abuse and now sees it everywhere.