E-cigarettes: Are They What You Thought? 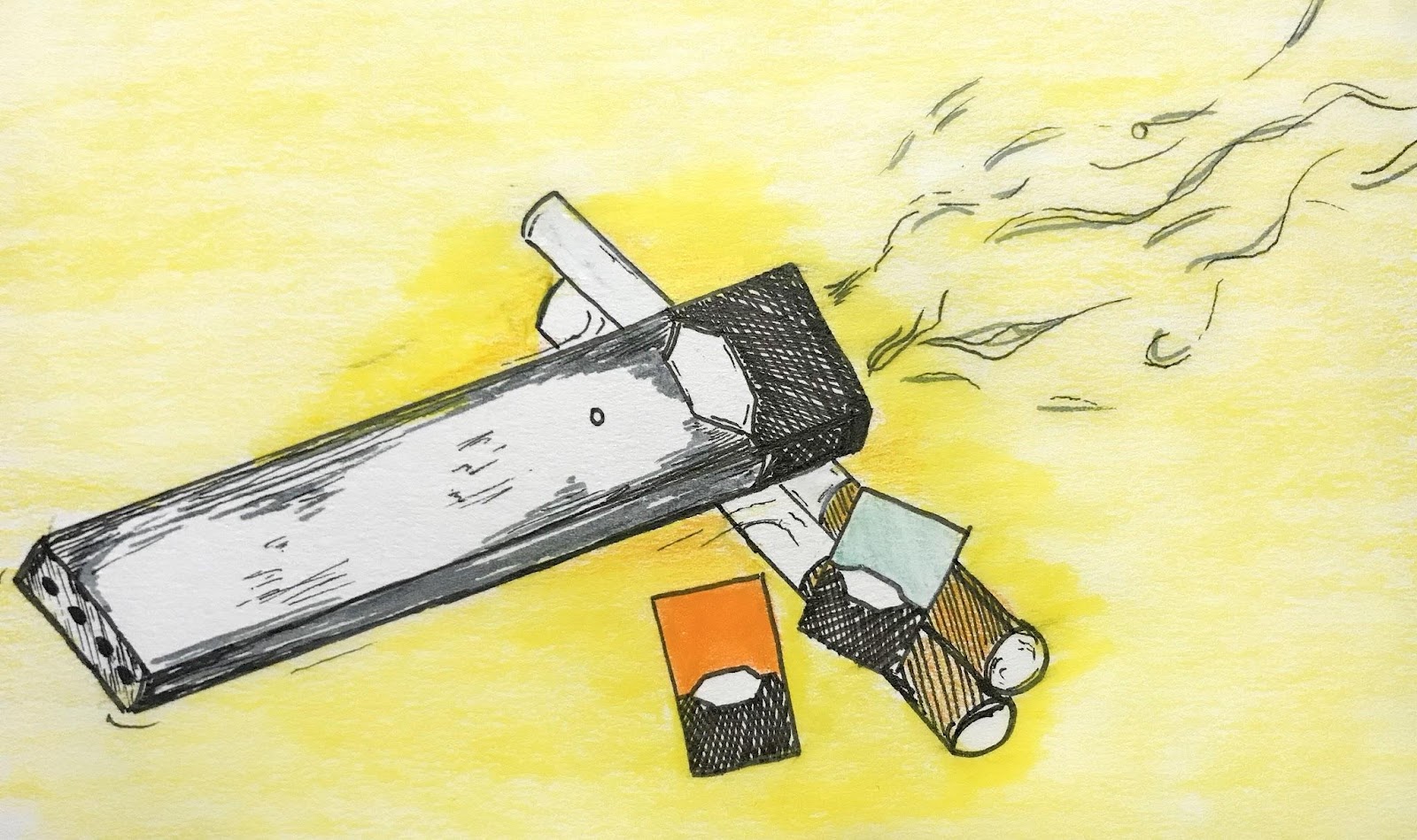 Article and Art by Brynna Nunez


E-cigarettes have been around for years: they were first marketed to help smokers quit smoking. Now, many high schoolers are as dependent on them as their cell phones. From the start, vaping was a poorly studied and only slightly safer alternative to cigarettes. However, in the past few years, e-cigarette companies have been mass targeted to teens, intentionally and otherwise.

When JUUL was first released to the public in 2015, it was sold as a smoking alternative different from other e-cigarettes on the market because of the utilization of nicotine salts. JUUL was said to give the consumer an experience as close to smoking as possible, without the ash or smell. However, the consequences of making an e-cig the size of a flash drive but with a flavored nicotine buzz attracted more youth than anyone might have anticipated - according to the CDC in 2018, it was estimated that 1 in 5 high school students (20.8%) reported using an e-cigarette within the past 30 days. 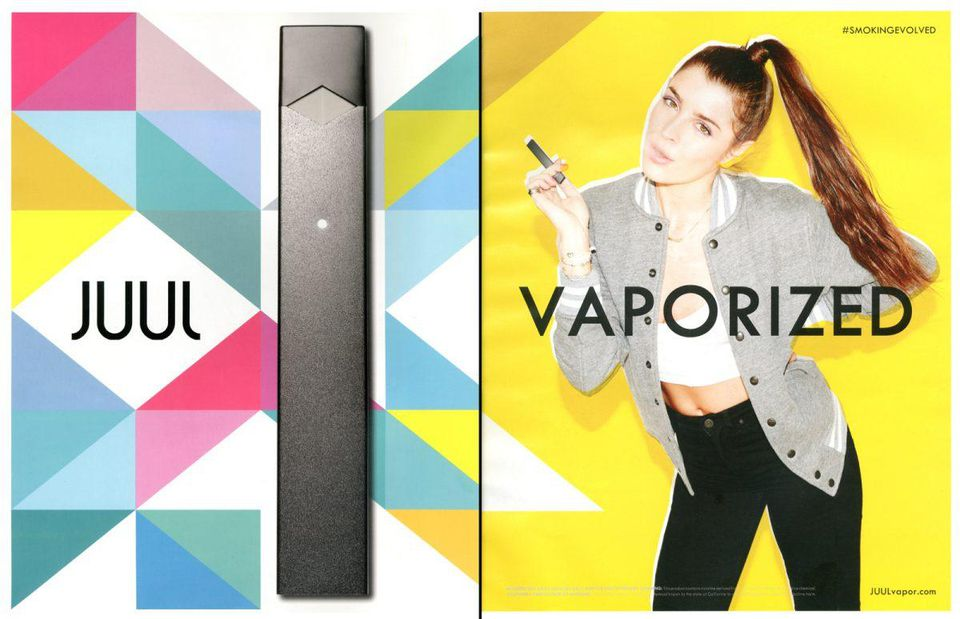 Recently, the FDA has cracked down on JUUL labs in an effort to stop what the medical community is referring to as a ‘youth nicotine epidemic.’ Kevin Burnes CEO of JUUL labs commented in a public statement, “We don’t want anyone who doesn’t smoke, or already use nicotine, to use JUUL products. We certainly don’t want youth using the product.”  In concurrence with this message, JUUL has stopped selling their fruit flavored pods in retail stores, eliminated their social media, and changed their marketing strategy tremendously. However, the obvious audience of their initial launch campaigns, compared to their current advertisements, seems like a comedic PR cover-up. When JUUL first launched their campaign in 2015, the ads featured young adults, fun colors, and youthful clothing - a stark comparison to their newly updated website featuring a community of older JUUL users, none even near the age of 21. The ads of JUUL’s past haunts the company and the previous advertisements have often been compared to the ads for big tobacco brand cigarettes of the mid-century. To make matters worse, recently Altria (the company behind U.S. Marlboro cigarettes) spent billions to purchase a stake in JUUL. This buy-in demonstrates how big tobacco brands are doing what they can to prevent the decline of the tobacco industry. They are not going to stop banking on the new generation of smokers that e-cigarette brands have created.

Image description: screenshot of JUUL’s website shows photographs of what they now refer to as the JUUL community.

The work that JUUL has been doing to rebrand their products is only a start in reversing the damage that their previous marketing created. However, new marketing can only do so much because vaping has already found its home in youth culture.

Many teens believe that vaping is completely safe or nicotine free, but research shows that while vaping is safer than smoking cigarettes, it is still not totally harmless. E-cigarette companies should not have marketed to a generation of teens who may not have been exposed to nicotine in the first place. If the next generation is going to be nicotine free, then the research and education we are providing to teens today is crucial.

Facts about e-cigarettes: provided by TheTruth