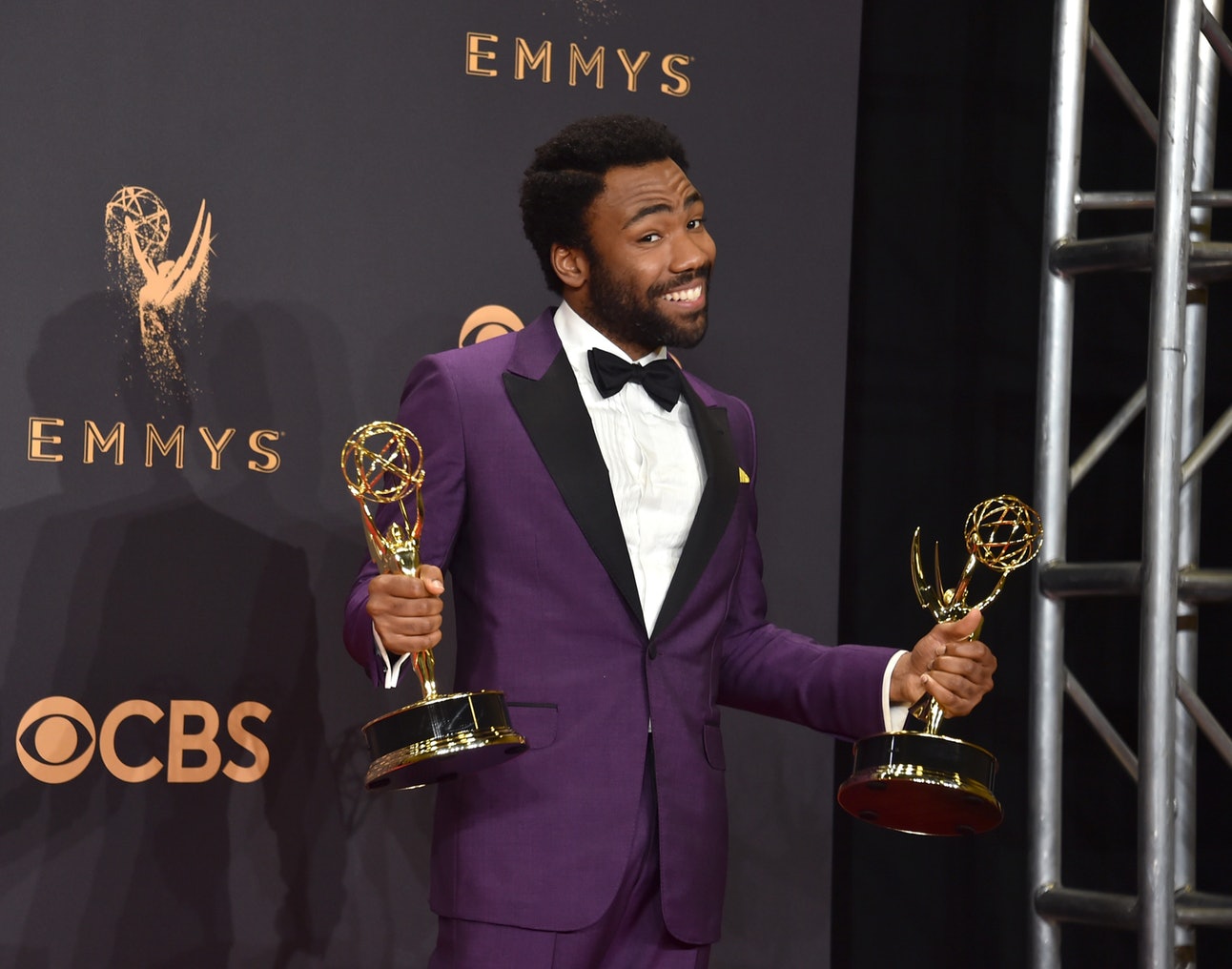 In 2018 representation has been a hot topic, and by hot I mean on fire. With shows like Insecure, Grown-Ish, Atlanta, Fresh off the Boat, The Carmichaels etc. people of color can finally look at TV and see people who look like them. But representation of brown voices should go beyond the television screen and into the writing rooms where these shows are cultivated. There is ridiculous lack of black showrunners, executive producers and writers on television shows. Consequently the stories written for brown people on screen are hollow because they are being written by white men.
In the writing room, stereotypes are born and spoon fed to the general public. It does not matter if there a black boy on TV if the white showrunners wrote him to be a thug who dies on the streets. Representation does not just start on screen but behind it too.
According to Bustle Darnell Hunt, a professor of social sciences at UCLA, 86.3%of TV writers are white, and when you look at how few black writers are in the room the data is more alarming: 65.4% of TV writers rooms have no black writers at all. It's not just the writers room that needs to diversify, but the show runners. ABC and CBS, two TV networks praised for their trailblazing and diversity initiative, have majority pretty white showrunners. Of all of ABC’s fall 2016-2017 fall scripted TV lineup of the six shows, all the showrunners were white. And when examining CBS lineup also, of the eight TV shows, all of them had white showrunners. The race of the show runners affect the writers room because they are the ones hiring the writers, and the show runner has creative control over the TV show. 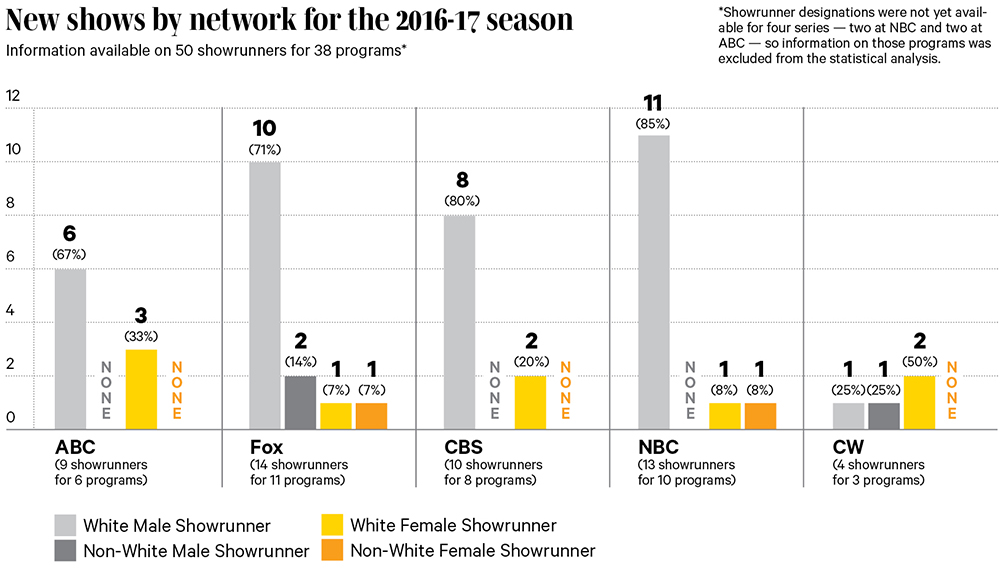 [Image description: Graphs of the proportion of white to non-white show runners in new 2016-17 shows; source.]

TV networks have tried and failed with diversity initiatives. The “diversity slot” program is when the TV network pays for one TV show to have a black writer for the season or year. This program may seem beneficial at first, but is ineffective in the long run. Because these TV showrunners know when the season is over, the studio will pay for a new brown writer, and they’ll fire their current one, so they do not have to pay for them. This causes brown writers to be novelty pieces, only able to get temporary work. They are also only one that looks like them in the room, creating an uncomfortable environment to share their feelings.
In Hollywood, the way to gain notoriety and respect is to show longevity in a successful workplace. Black and brown writers are fired so frequently they are not given the opportunity to build a solid resume to qualify for showrunner positions, making brown showrunners a rare commodity in Hollywood. With movements like #theoscarssowhite and #metoo TV studies are being pressured for diversity, and coming up short. 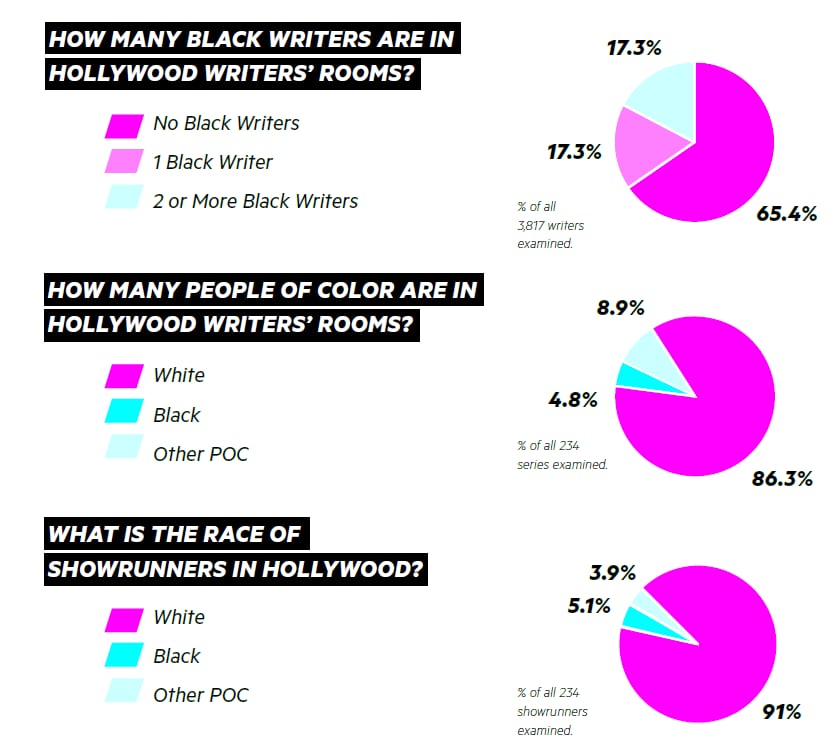 Before screaming representation and letting racist TV studios profit from their hollow diversity marketing schemes, Google the names in the credits of your favorite TV shows. The writers room is where stereotypes are born and where inclusion is portrayed. Which one are you tuning in to?
black culture black excellence ethnicity imanijoseph movies moviesandtv people of colour poc race racism representation showrunners shows tv writers