Sorry To Bother You: A Review 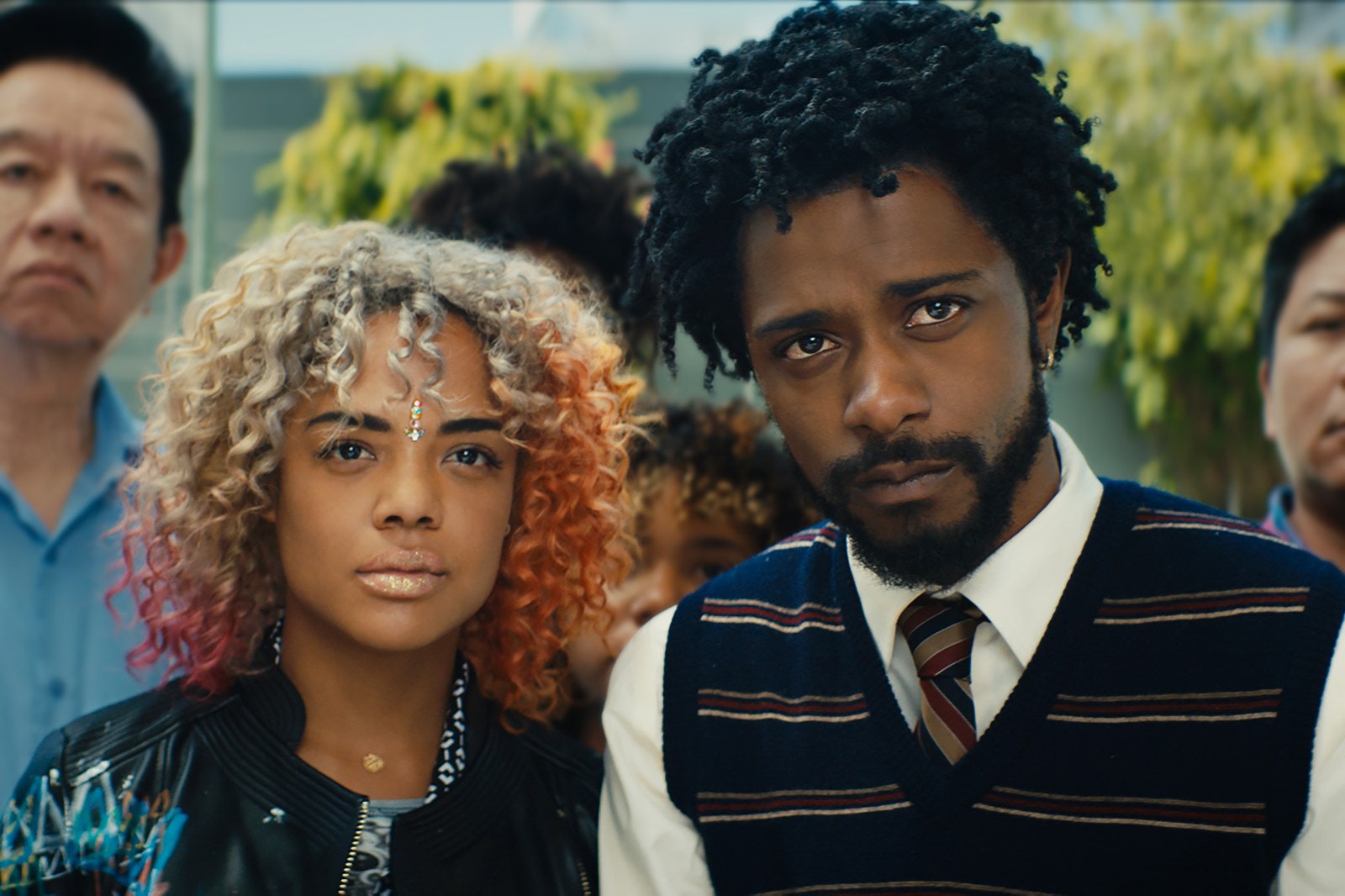 Get ready to have your expectations fully blown out of the water when you see Boots Riley’s Sorry To Bother You. For a debut director (and screenwriter), it sure as hell is ambitious, but not only that, it’s smart. It stars Lakeith Stanfield as Cassius “Cash” Green who goes up the ranks at his new telemarketing by using a white voice, voiced by David Cross. This film discusses capitalism and its relationship with the working class by combining dark satire and magical realism; and Riley does so without missing a beat.


To the beat of The Coupe’s (Riley’s band) funky original soundtrack, the star-studded cast shine within a movie that’s already bright and flashy on its own. With wacky and bigger-than-life characters like Steve Lift (Armie Hammer) and Mr ___ (Omari Hardwick), it’s not hard to imagine how incredibly fun and entertaining watching this film is. But I have to give a hand to Squeeze (Steven Yeun), who honestly was my favorite performance in this film. Yeun perfectly balanced the earnestness and charm of Squeeze, and topped it all off by serving his comedic lines in style. He might have played a minor role, but he was such a great and surprising addition and I can’t wait to see him in more projects. The only character who really seems to fall short is Detroit (Tessa Thompson), which brings us to a bigger issue within the film.

Detroit’s style is unforgettable - from her platinum blond curls tinged with orange and pink to her sets of quirky earrings - but her character seems to fall a little flat in comparison. Riley gives us a little glimpse of her radicalism as well as her hypocrisy, but doesn’t do much else. The most puzzling part of this film, to me, was her relationship with Cash. She seemed to click more (politically as well as chemistry-wise) to Squeeze. We’re told that they’re high school sweethearts, but I don’t see much reason but the past for why the two are in a relationship. The film gives us a little glimpse of who Detroit is behind her phenomenal style at her art show, but one scene isn’t enough to fully encompass who she is, and should have given us the audience the chance to learn more about her. She was by far the most interesting character in the whole film, but I kept wanting to hear more of her each time she showed up, and I’m disappointed Riley didn’t try to give her the depth she deserved. It especially doesn’t help that Detroit was one of three women with speaking roles in this film, especially when two of those women were attracted to Cash. We even see Detroit with a few (black) female friends, but they never utter a word. Riley claimed that it was due to the film's budget and brought up that he had wanted characters like Steve Lift and Squeeze to be women but didn’t want to fall into misogynistic or biphobic/lesbophobic tropes, but despite that, I still feel like an effort could have been made to have more women speaking in the film.

Despite his lack of proper female characterization, Riley manages to create a surrealist world that doesn’t fully explain itself, but still makes sense to viewers and is a great vehicle for what he has to say. It’s most obvious when we look at the way capitalism takes shape within the world as well as how the plot moves forward. With the depiction of workers being subject to abhorrent working conditions juxtaposed with cheesy billboards and MTV parodies, Riley managed to make it comedic, without making light of these issues. He goes even further by making the antagonist of this film is capitalism. Yes, Steve & Mr __ contribute to the problems that Cash is face with, but their actions are shown to be a result of the way they’ve disillusioned themselves with reality and distance themselves from the impact their actions have on those being exploited. Riley doesn’t make us feel bad for these capitalists, just shows the reason behind their actions and makes it clear that it is a system. It’s something I’ve never seen expressed in a film so clearly, and I loved the way he handled it.

What I really loved about this film was the message. When I got home after seeing the film (and got over the, uh, graphic scenes) it was so apparent to me how much Riley believes in people. He believes in unity and believes that people are strengthened when they work together, alongside each other, for the same cause. It’s most obvious when looking at the third act and conclusion of this film. It’s not wrapped up in a bow and had Cash and the rest of his crew live “Happily Ever After”, but it did give a satisfying and realistic (well, as realistic as a surrealist project can get) ending to the film. It felt like Riley was not only showing the viewer how capitalism works in our world, but also gave us the keys and the inspiration in order to come together and change our world in the ways that we can.

Short to say, I thought this was a great watch and I’m excited what other projects Riley has in store for us.