on April 11, 2018
The morning of Sunday the 17th of January, I heard local marching bands parading down my street. So I grabbed my camera and ran out the door to try to capture whatever was happening the best I could.
Here are the results. 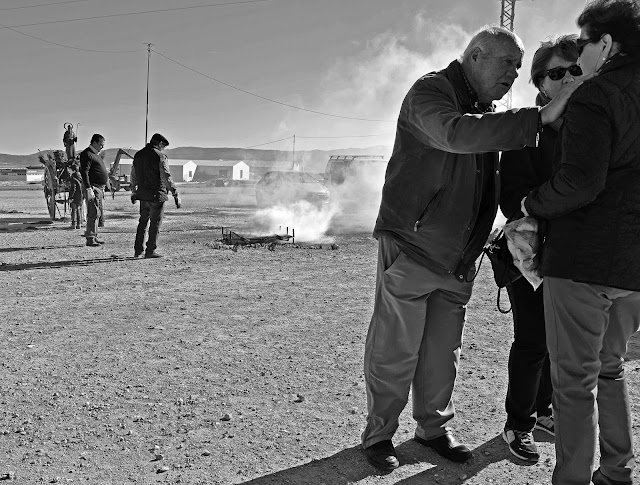 1. A field. On the left, the carriage that carried the statue of Saint Anthony across the town and two men looking towards the center, where they’re cooking food on a bonfire. On the right, a man talking to two women. 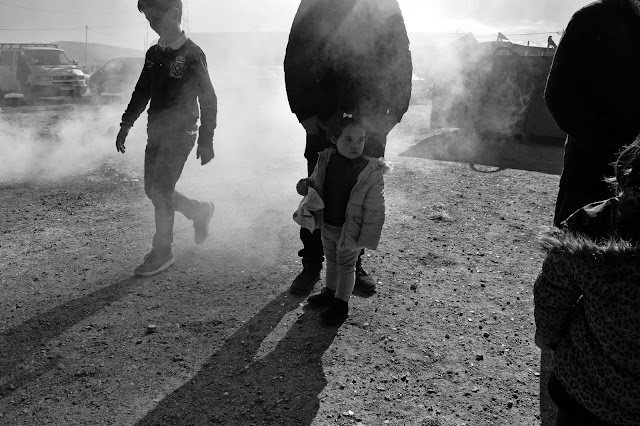 2. A little girl, in the middle of the smoke coming from the bonfire. She’s shielded by her father. On the left, a young boy walking through the smoke.

Saint Anthony the Abbot is the Christian patron Saint of the pets, livestock, the farmer and related work (such as bakers, grocers, etc.).
The majority of Spanish towns take the festivity pretty seriously, and take their pets out on the morning of the 17th of January to get blessed by the local priest. And after the ceremony ends, the town I currently live in, Yecla, holds a community lunch where people, usually men, stand in a circle around a field and cook “gachasmigas” for everyone that wants to join. The traditional dish is made with flour, salt, water, garlic, and olive oil, and the end result is a sort of bread dough, brought to two long tables at the center of the field and shared by the locals. 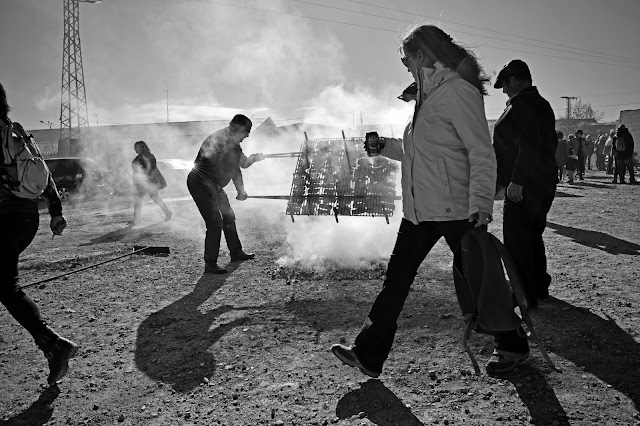 3. Two men rotating the metallic tray that holds what they’re cooking in the bonfire. People walk around them and look at the process. 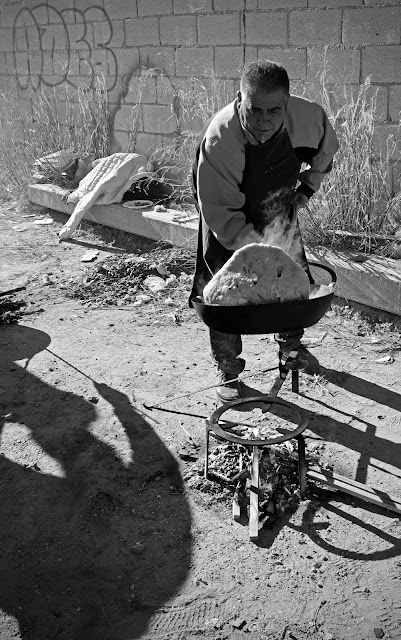 4. A man flipping the batter on one of the hand-made stoves. 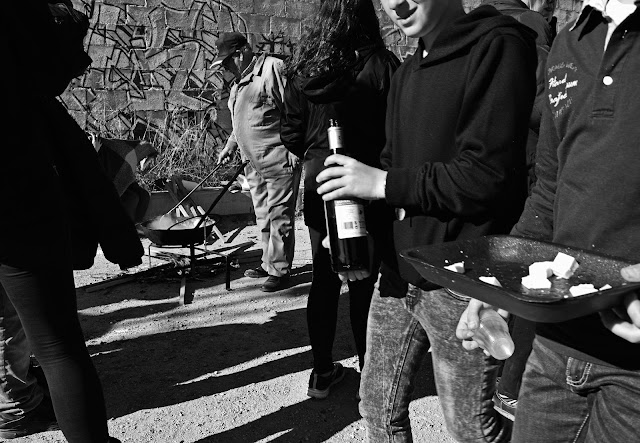 5. On the left, a man cooking the traditional dish. On the right, two young boys carrying a tray of cheese and a bottle of wine for the locals. 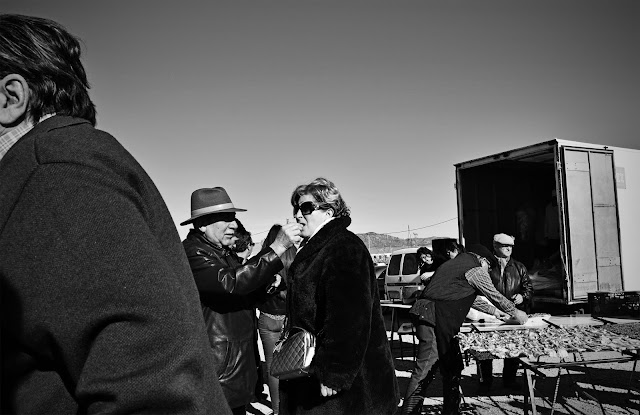 6. On the left, a man feeding his wife a piece of food. On the right, two men preparing some more food. 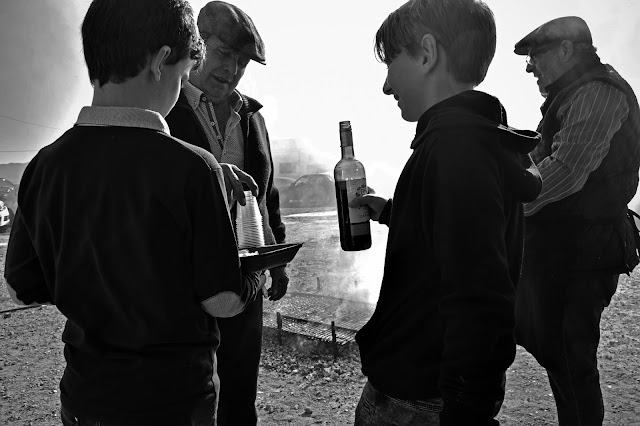 7. Two boys offering a man some wine and cheese. 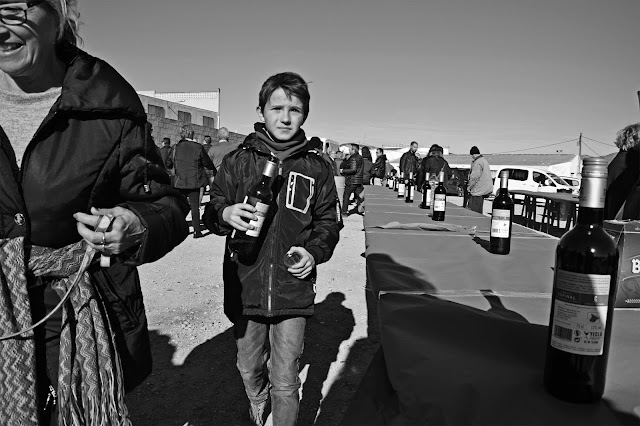 8. One of the boys in charge of distributing wine. Towards the right, the long table ready for the food, full of other wine bottles. 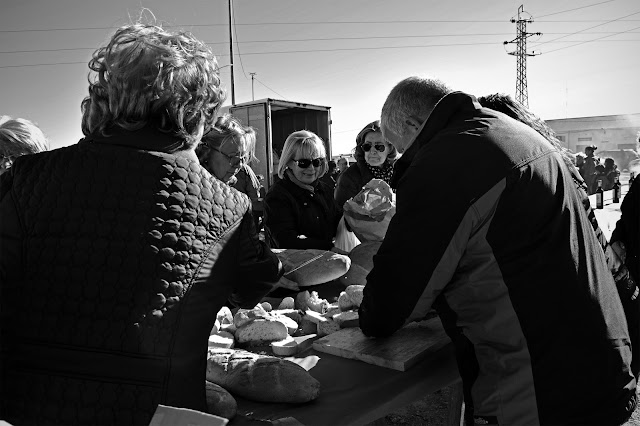 9. Women gather around to cut up bread for the meal. 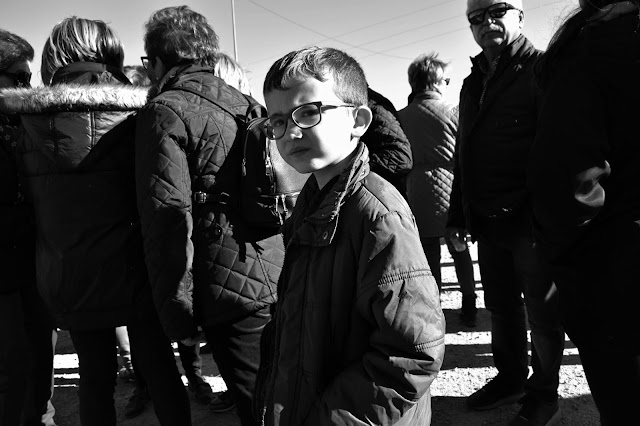 10. A little boy staring at the camera. He stands out from the crowd. 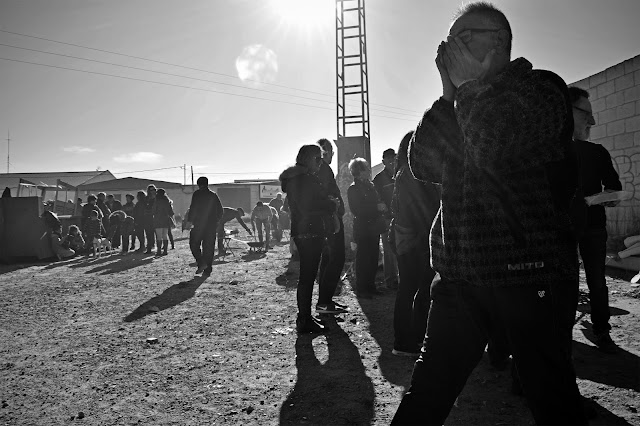 11. A group of people queuing to get coffee from a stand. Towards the right, a man covering his face. 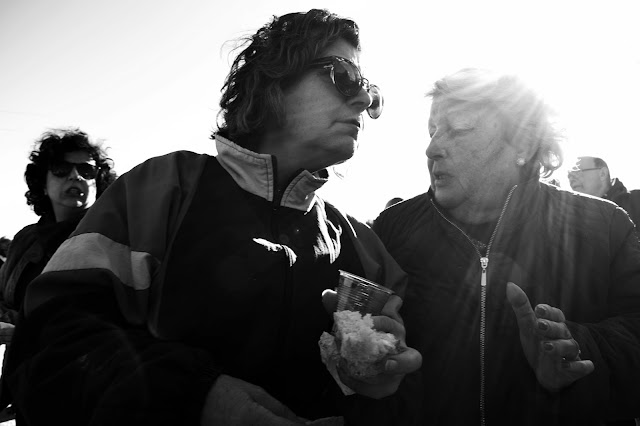 12. Two women having a conversation whilst they eat and drink. To the left, another woman stares at them. 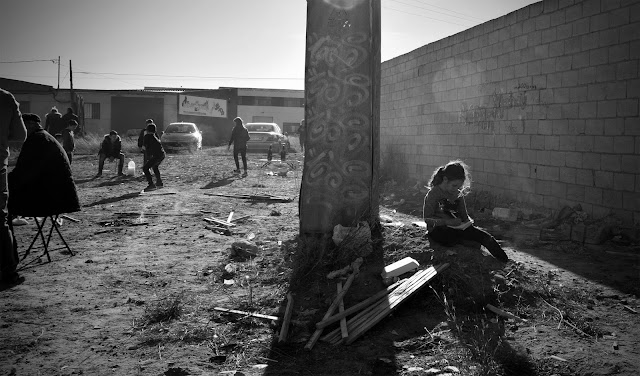 13. A little girl sitting on a pile of soil, ignoring the party and writing in her diary. 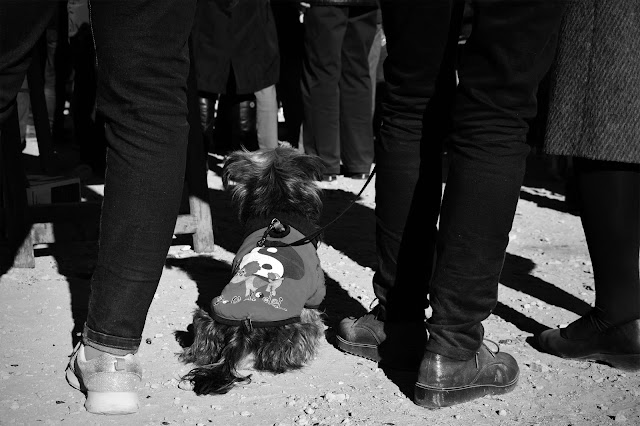 14. A dog in between numerous towering bodies. He can’t see from down there.