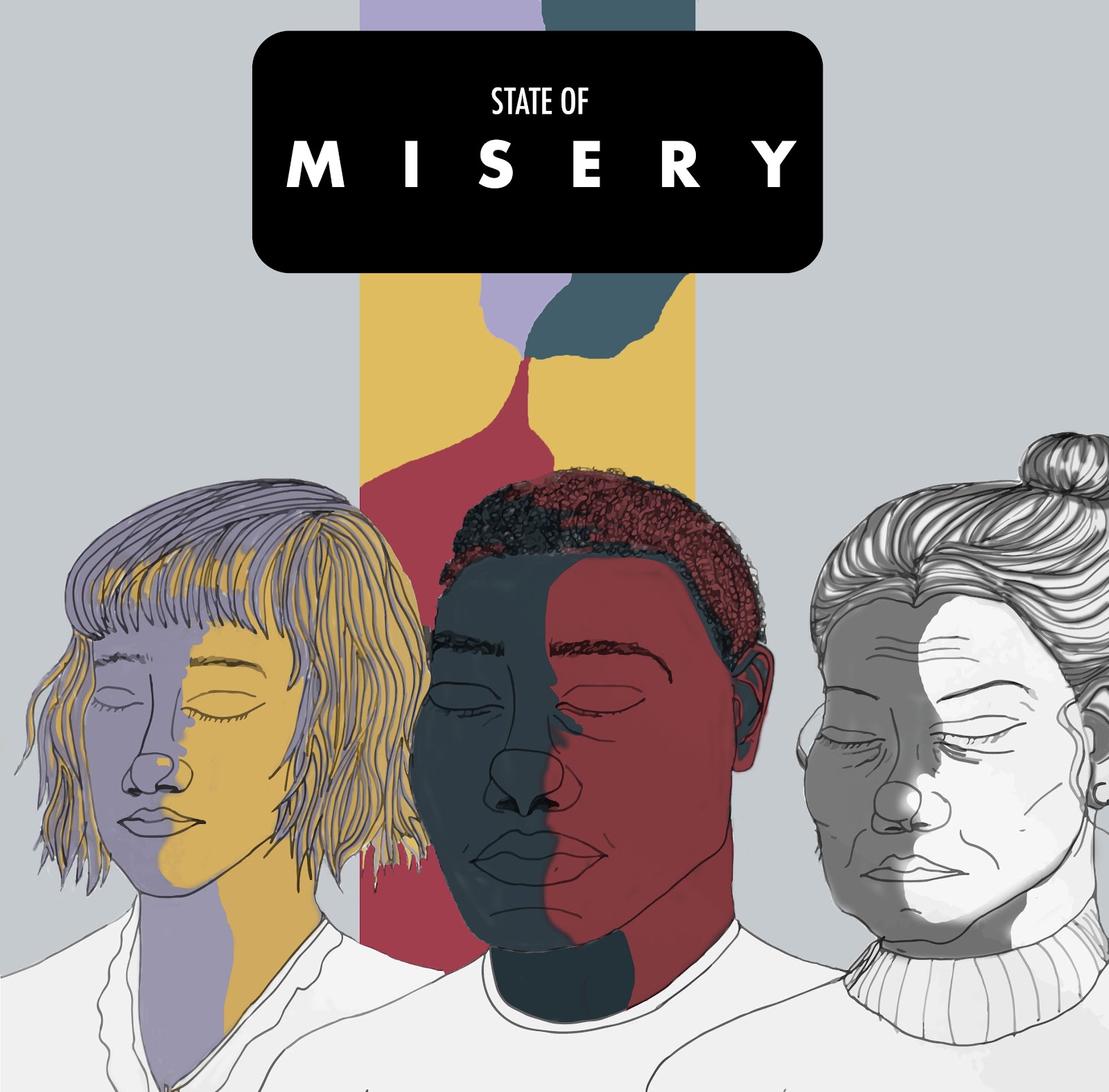 This is a collaborative graphic novel about the human rights issues in Missouri. This book was created based on true events, particularly the NAACP travel ban to Missouri. The short novel hones in on transphobic and racial tensions that exist in the state and includes statistics and infographics alongside the story to show that even though it is fiction, the events aren’t unrealistic.
The story follows Alexa, a trans girl; James, an African-American father; and Deborah, a white teacher. Both Alexa and James’s son face scrutiny under a school setting, and eventually, their characters connect under the oppression that Deborah perpetuates. 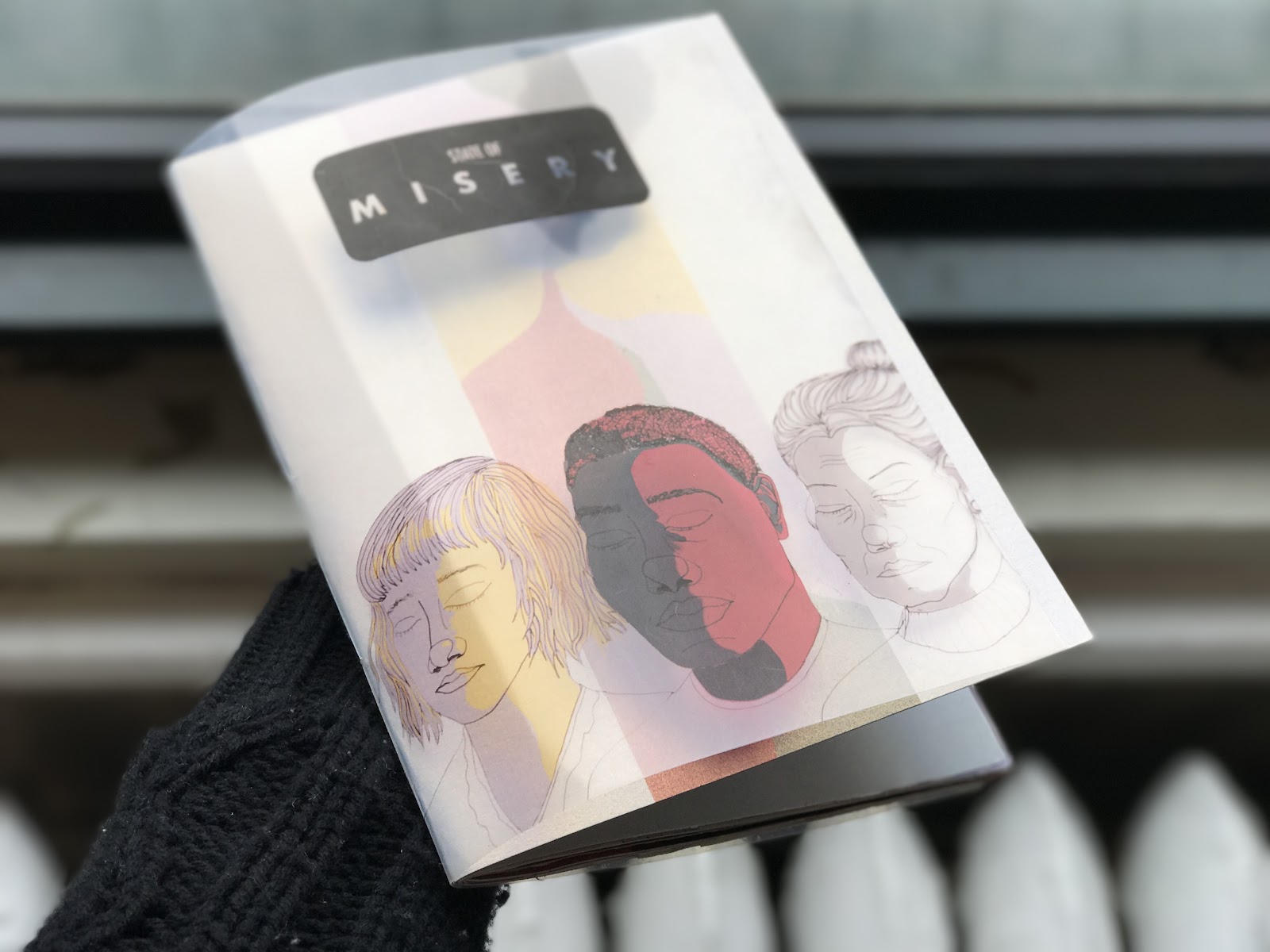 [IMAGE: A photo of a physical book with the first image as the cover.] 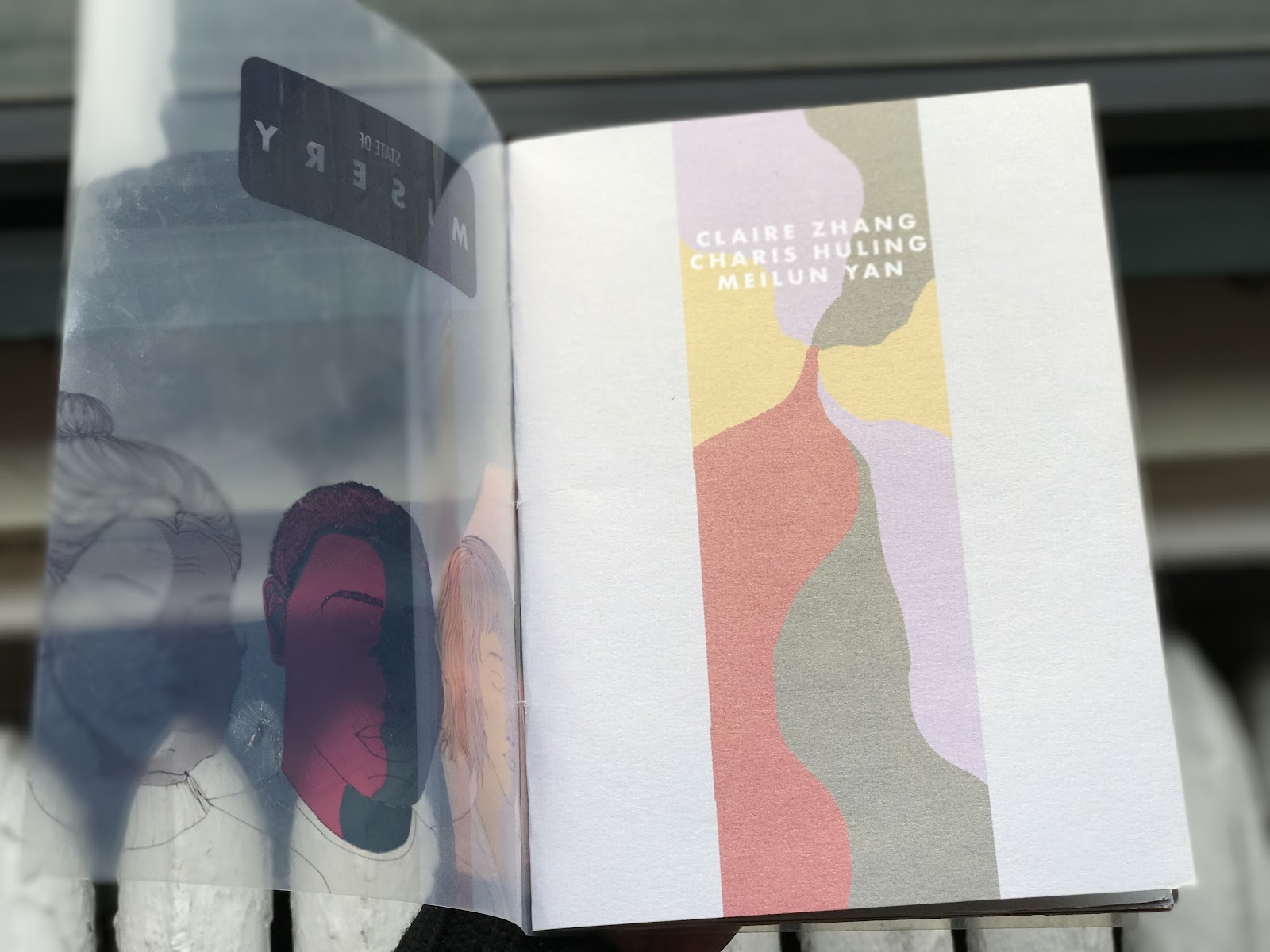 [IMAGE: The book is flipped open with the transparent cover lifted to reveal a shiny page with a blue background, and rectangle in the center of yellow, purple, red, and green colors coming together. The author’s names are revealed: Claire Zhang, Charis Huling, Meilun Yan.] 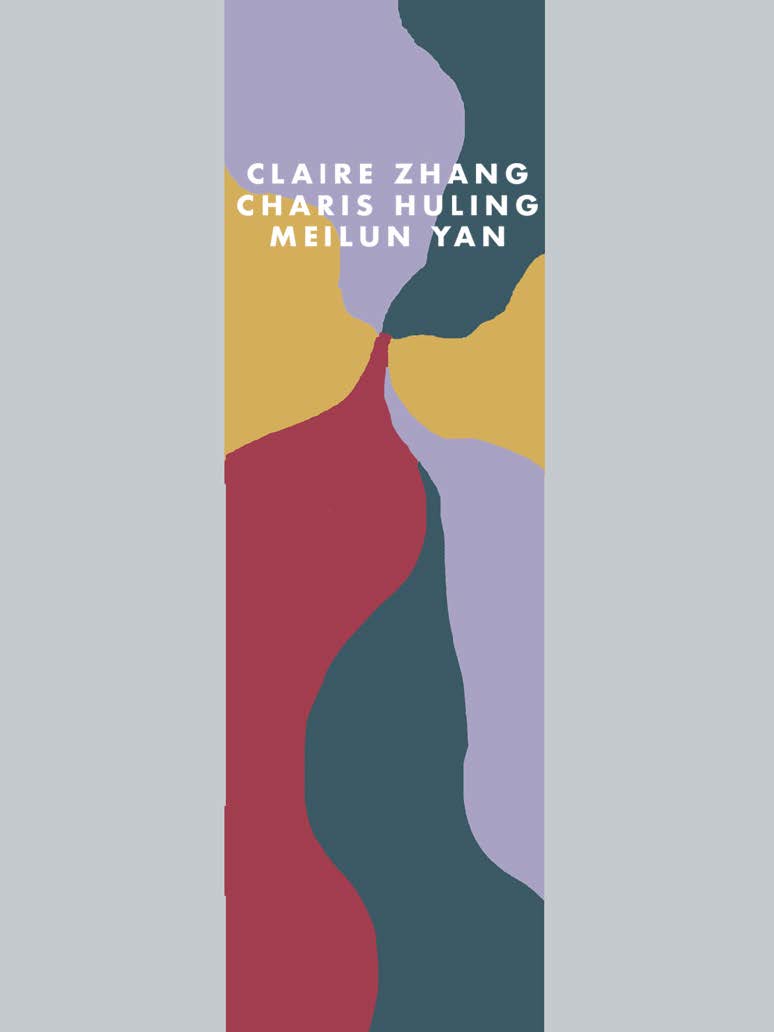 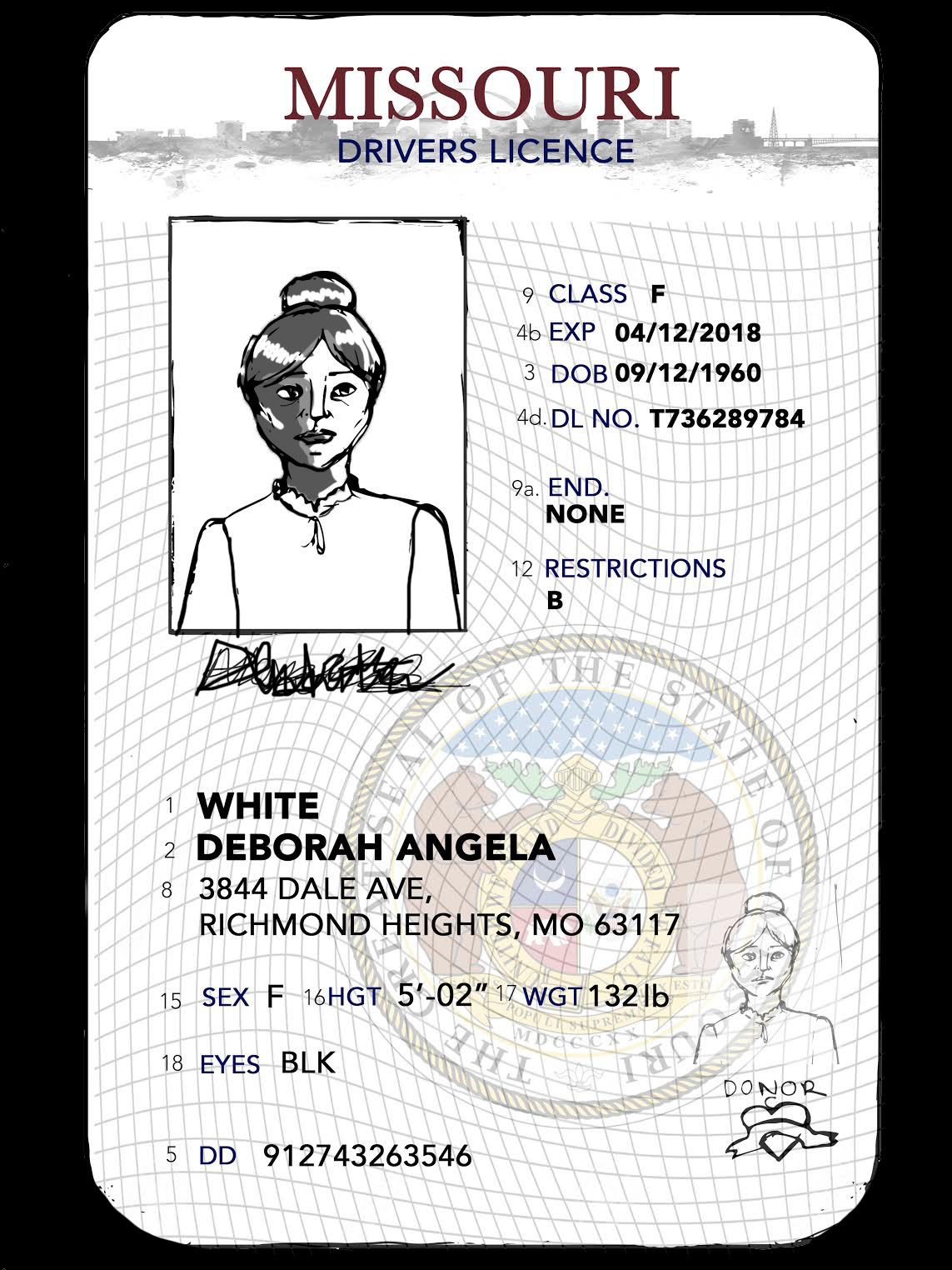 [IMAGE: Illustration of a Missouri driver’s license on a black background. The woman’s name is Deborah Angela White and she is 58 years old.] 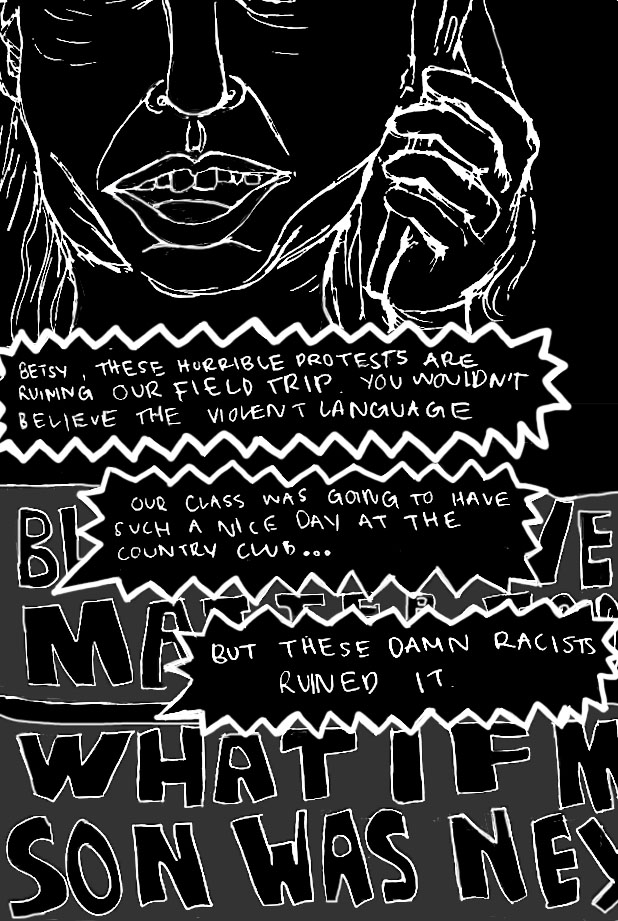 [IMAGE: A black background with white imagery. At the top, Deborah is zoomed into her mouth as she talks on the phone. Text reads “Betsy, these horrible protests are ruining our field trip. You wouldn’t believe the violent language.” Below that, text reads “Our class was going to have such a nice day at the country club…” “But these damn racists ruined it.” In the background are protest posters that read “Black Lives Matter” and “What if my son was next?”] 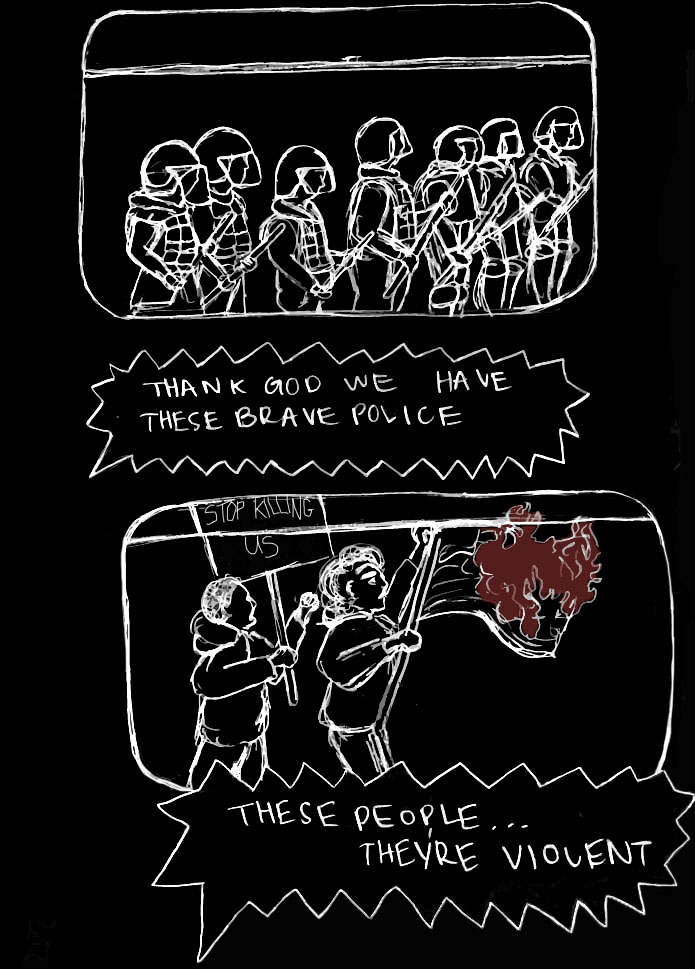 [IMAGE: A black background with white imagery. A S.W.A.T. team can be seen from a school bus window at the top. Below that, text from Deborah says “Thank God we have these brave police.” At the bottom, another school bus window reveals two figures from the protest, one holding a sign that says “STOP KILLING US” and the other, an American flag on fire. Text below reads “These people… they’re violent.”] 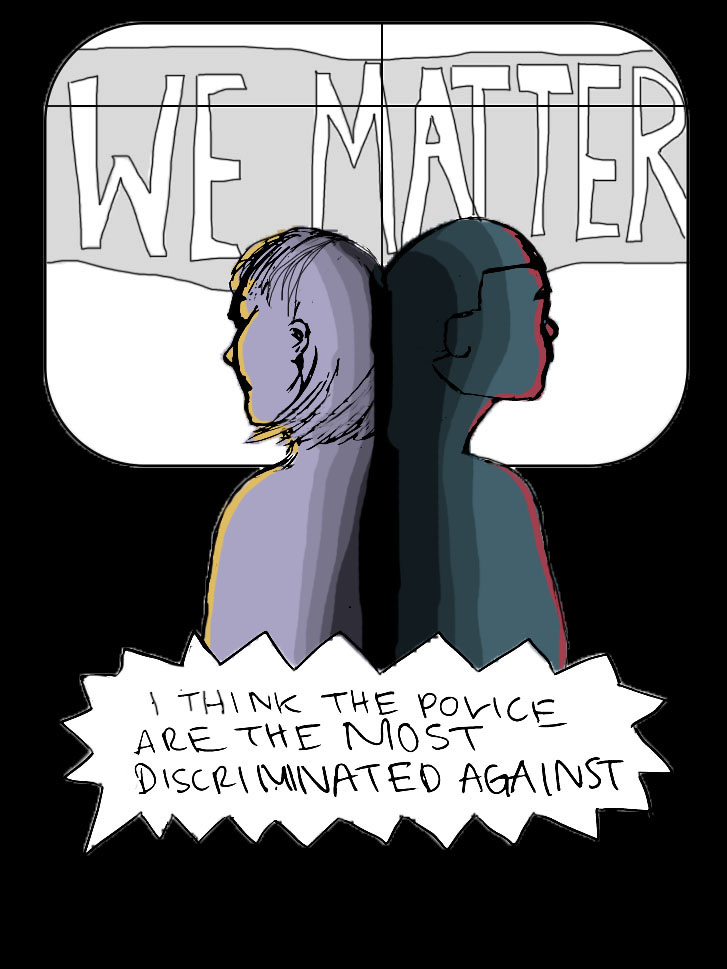 [IMAGE: James’s son and Alexa sit back to back on the school bus. Alexa is purple with yellow highlights and James’s son is dark teal with red highlights. The colors fade into one another as they are connected. Behind them, a window reveals a sign outside that says “WE MATTER.” At the bottom, text from Deborah reads “I think the police are the most discriminated against.”]