on February 09, 2018
These stunning photographs of the Baltimore Women's March in January by Celka were too stunning not to share: enjoy! - the editors 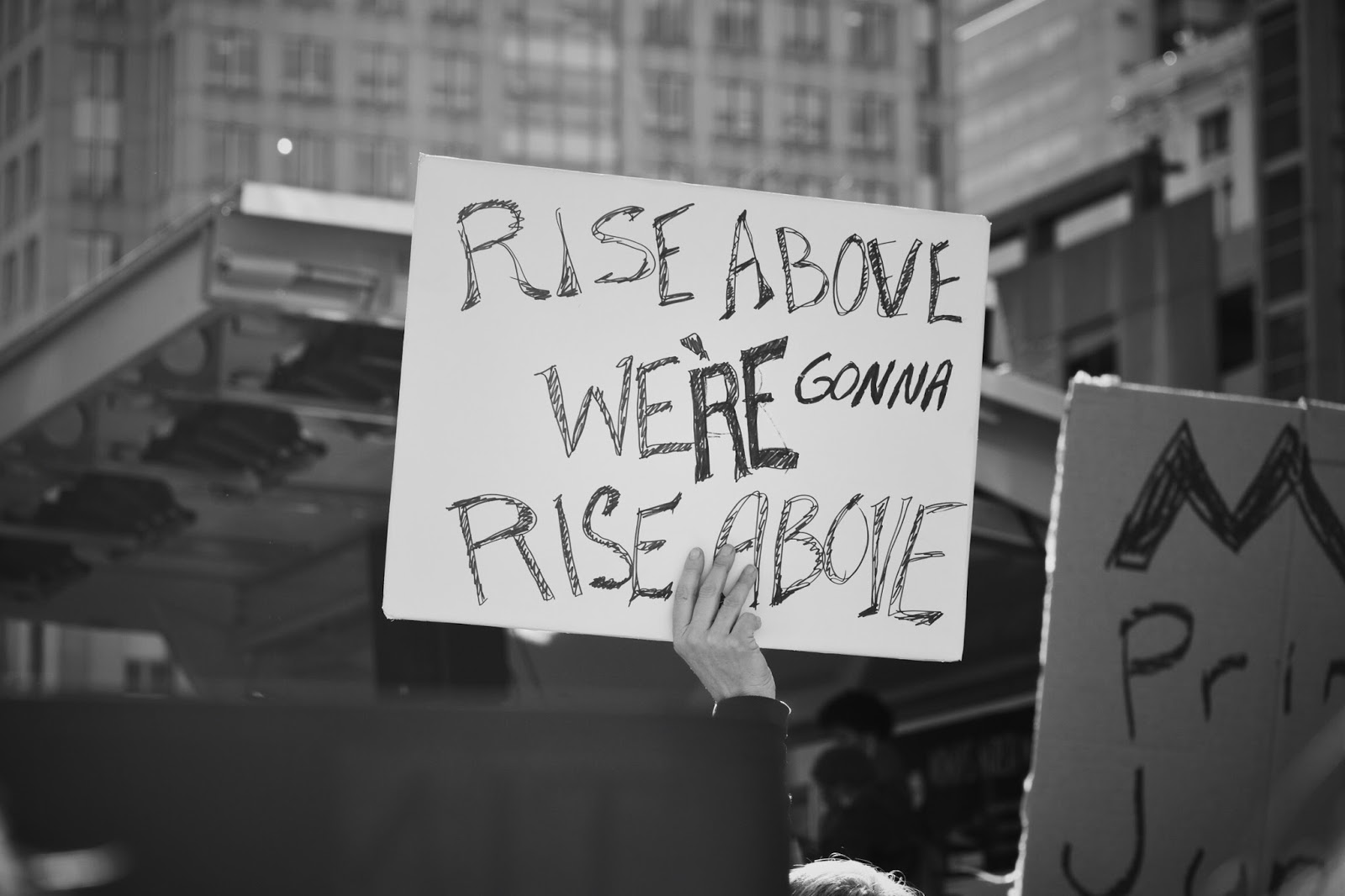 A sign reading “Rise above, we’re gonna rise above” is hoisted above a crowd of protestors.

These photos were taken on January 20th 2018, during the second annual Baltimore Women's March, when the citizens of Baltimore filled our streets in support of all those who have been and continue to be oppressed by both our current presidential administration and society at large. It was a sunny, pink-tinged affair, filled with shouts of “Hey hey, ho ho, Donald Trump has got to go!” and “My body, my choice, their body, their choice!”. At the same time, I couldn’t help being reminded of a night nearly three years ago when I marched down those very same streets following the murder of Freddie Grey chanting “Hey hey, ho ho, racist cops have got to go!”, only heading home when a few among the crowd of peaceful protestors began jumping onto cop cars and breaking store windows. I suppose what I am trying to say here is that this city, my city, is a complex place which I hope comes through in these photographs. Today I am proud of it. Tomorrow I expect to march again. 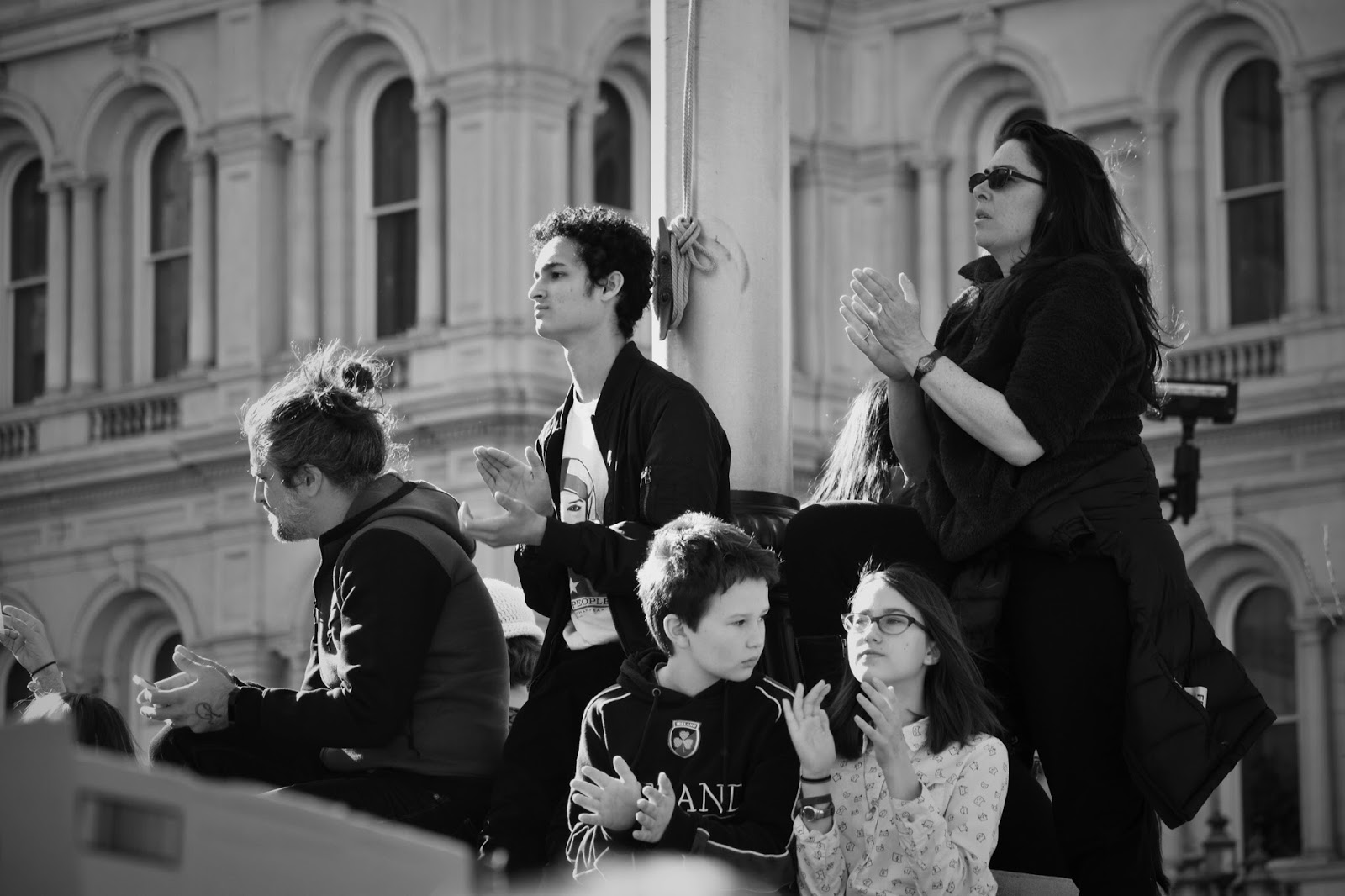 A group of protesters clap for the march speakers. 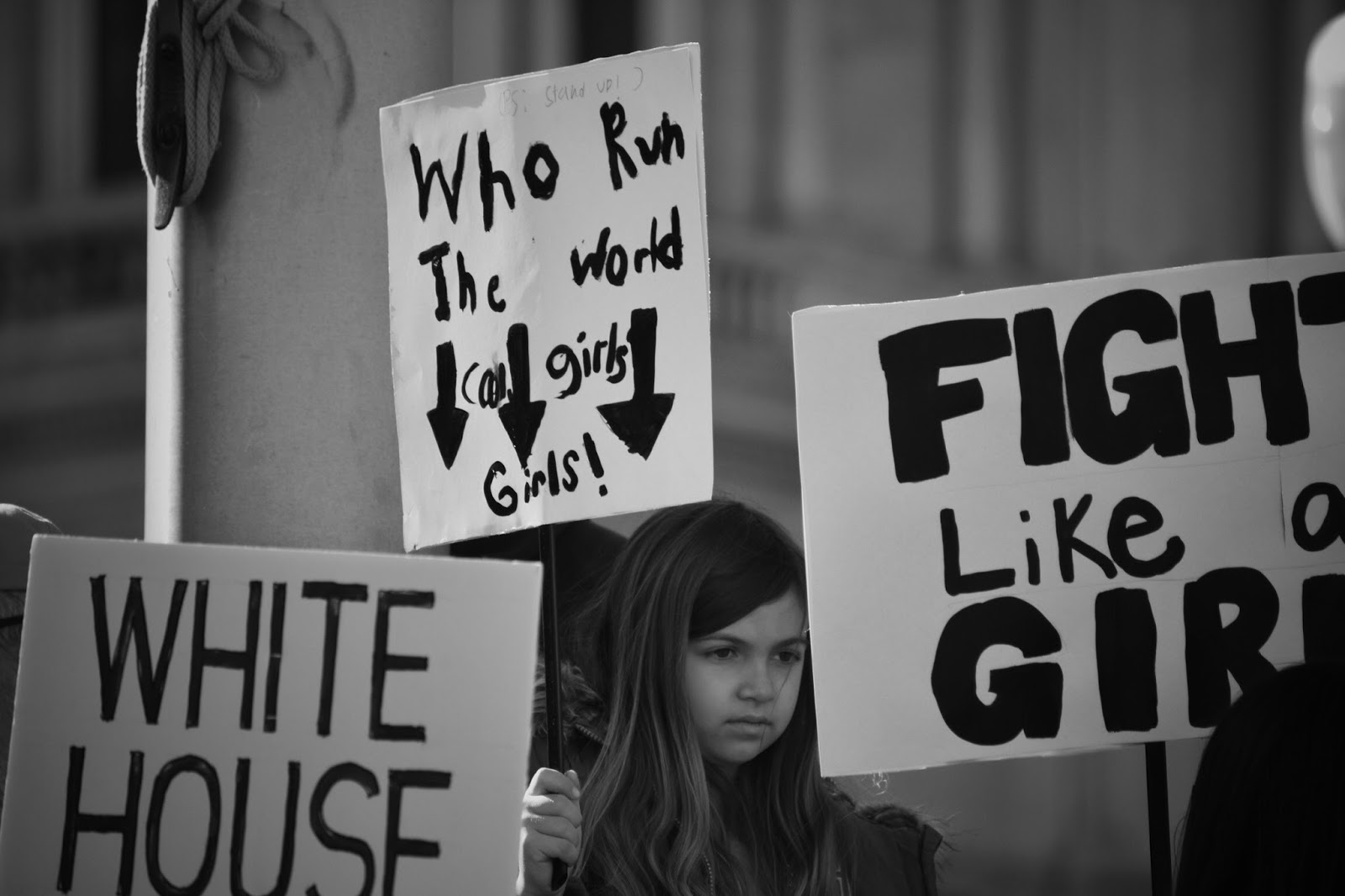 A young girl stands somber beneath a sign reading “Who run the world? Girls! (P.S. stand up!)” To her right a sign reads “fight like a girl”, to her left another reads “White House”. 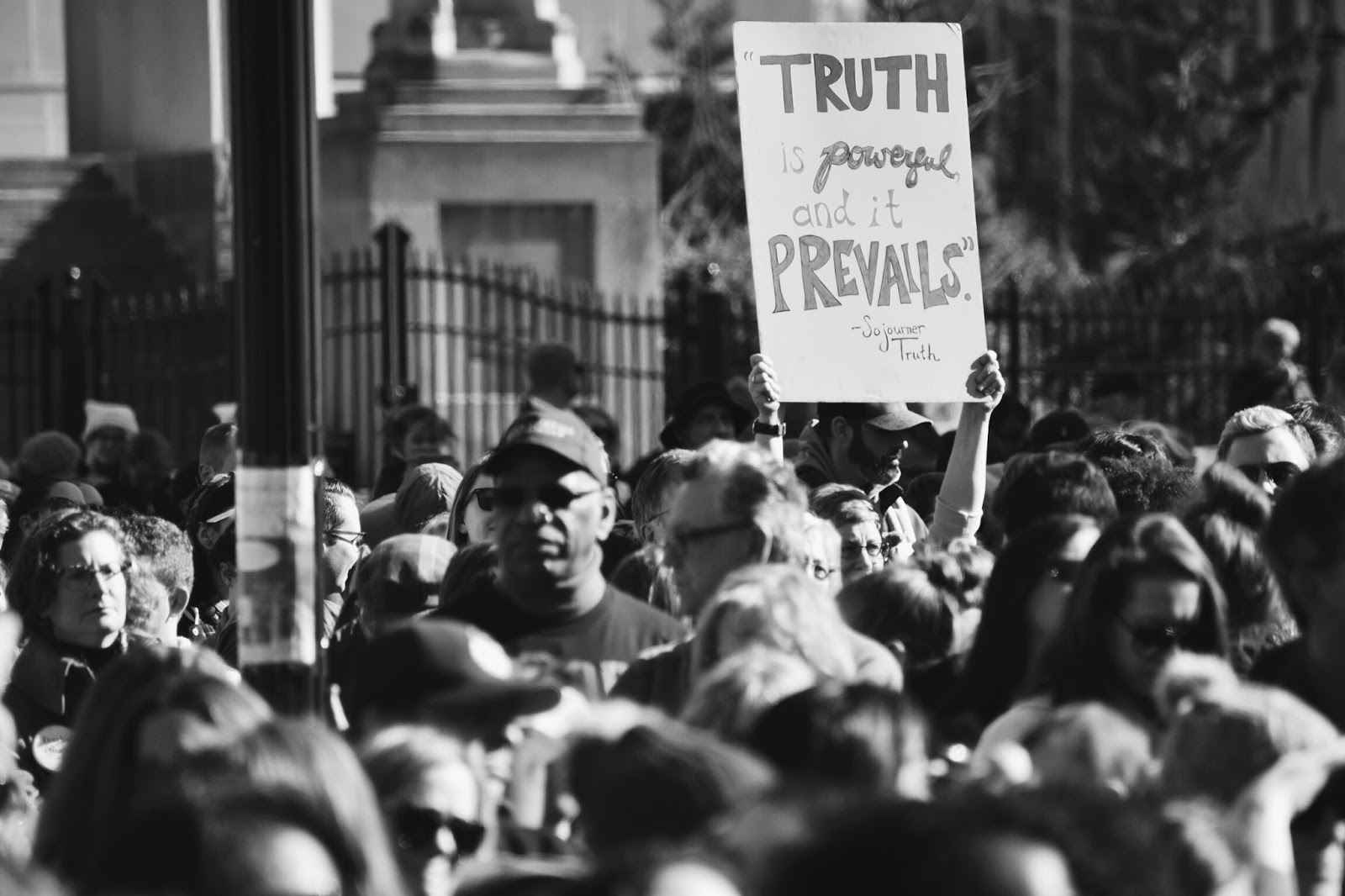 A single sign held up among a crowd of protesters reads “Truth is powerful it it prevails. -Sojourner Truth” 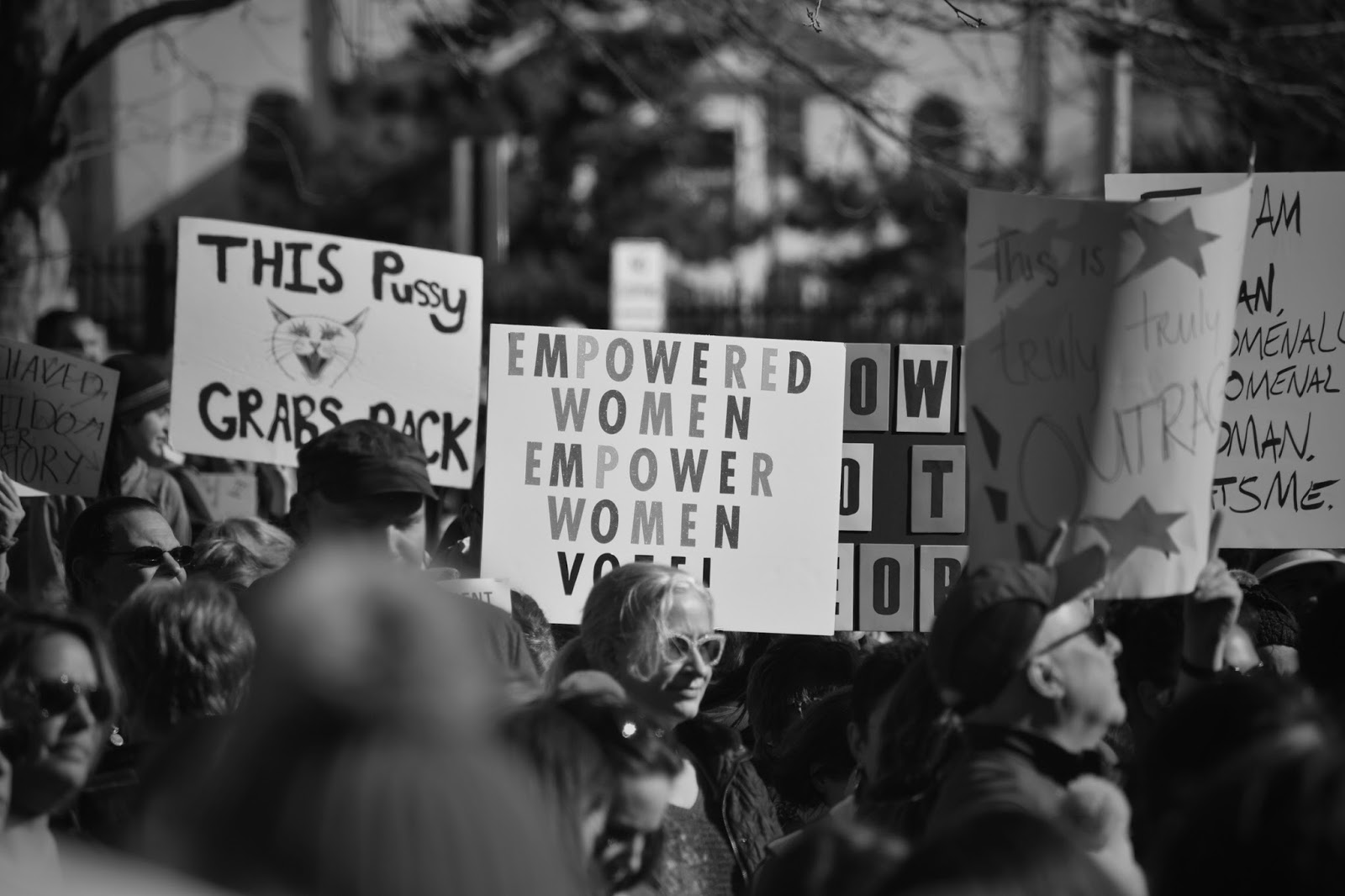 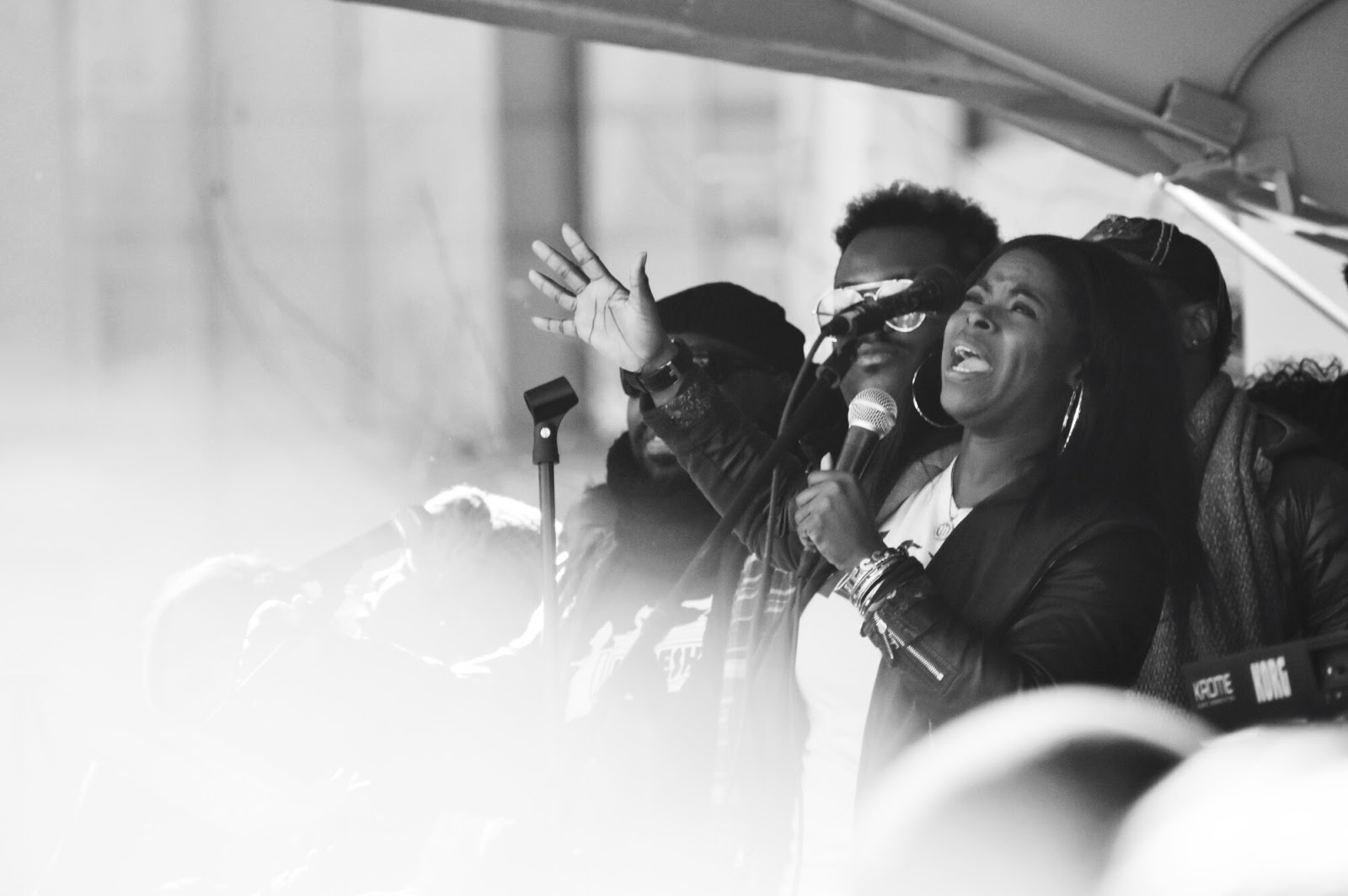 A woman standing on stage sings for a crowd of protestors. 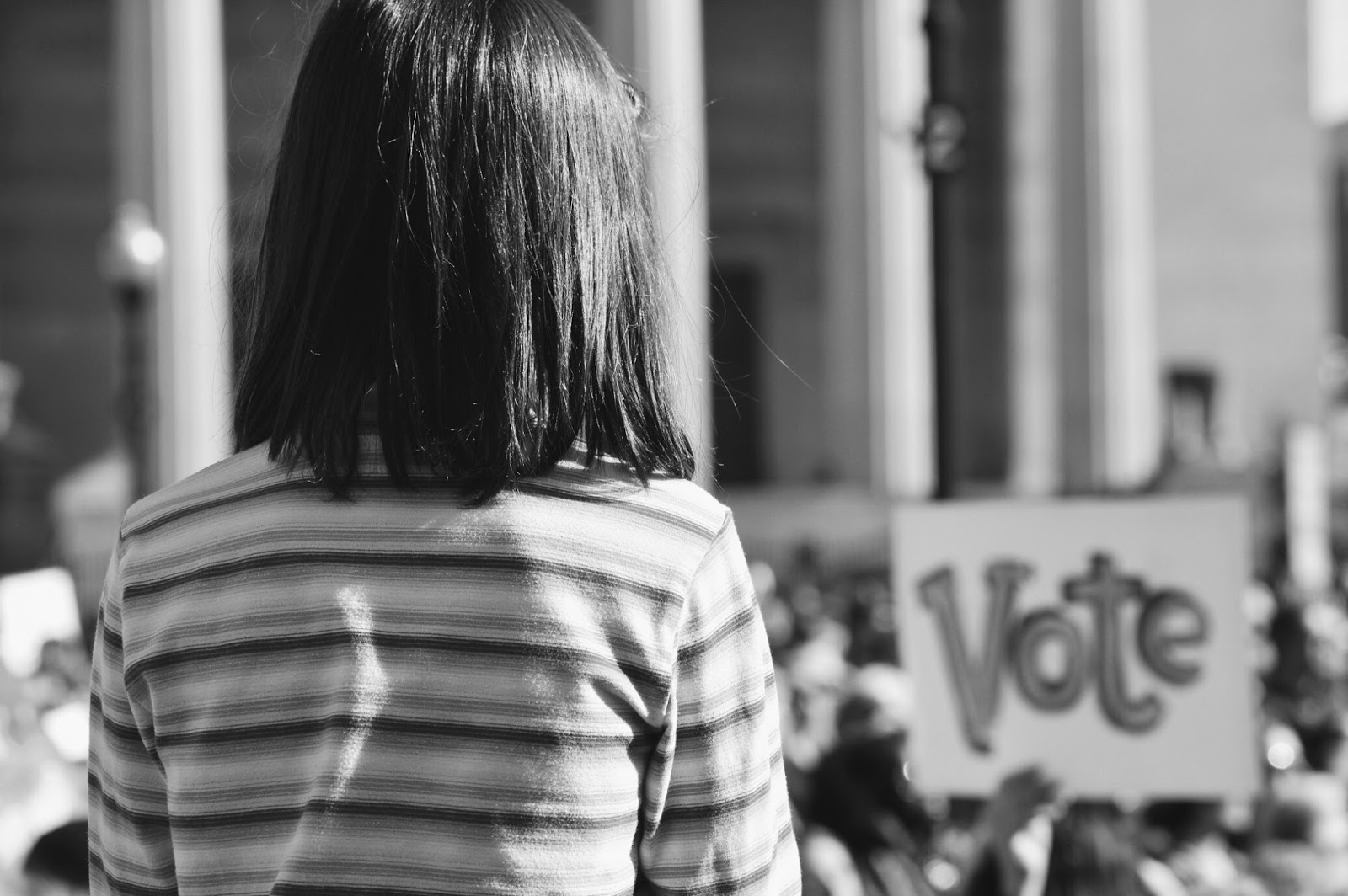 Head over to our Submit page to find out more about how to get featured on our site!
appleofyoureye baltimore celka rice photo set protest reader submission visuals women women's march