This is a poem I wrote the night I found out about Kian Loyd Delos Santos, at the age of 17, was brutally murdered at the hands of police, which screams irony filled with agony since Kian wanted to be a police officer when he grew up. He is one of many victims of the drug war that Philippines’ president Duterte has waged in an attempt to clean up the streets. An estimated3,000+ people have been killed since Duterte took office, and the numbers will only keep rising. This poem was inspired by Kian, may his soul rest in peace, but is about every innocent life that has been taken in a war they never asked to be in. Rest in power to the victims of this drug war.

(Image descriptions are available at the bottom of the page.) 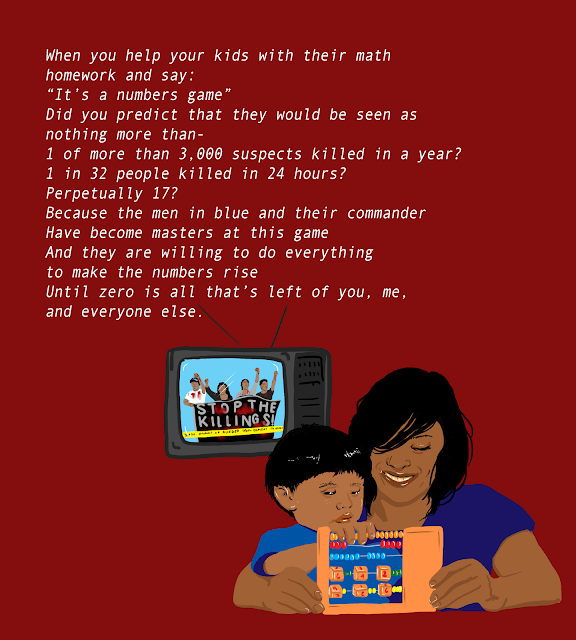 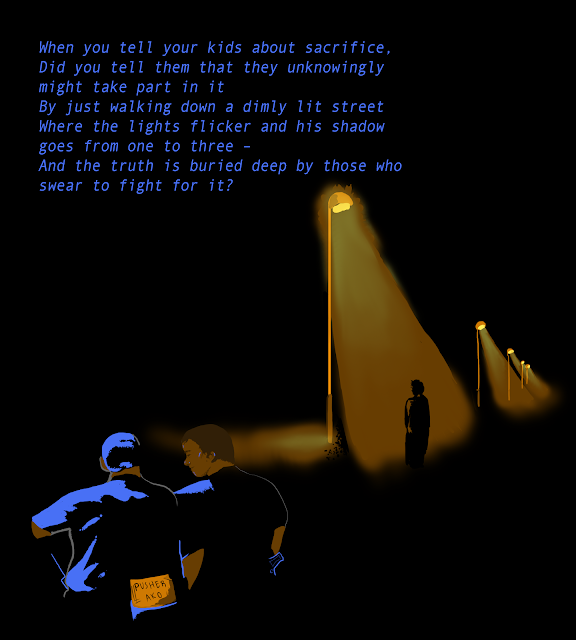 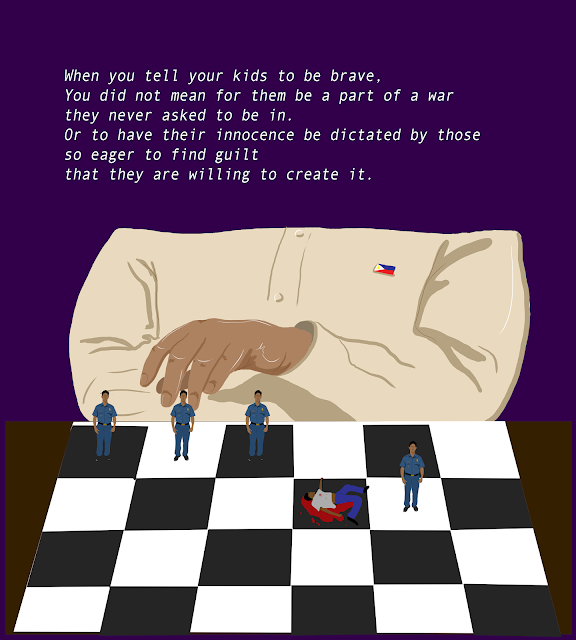 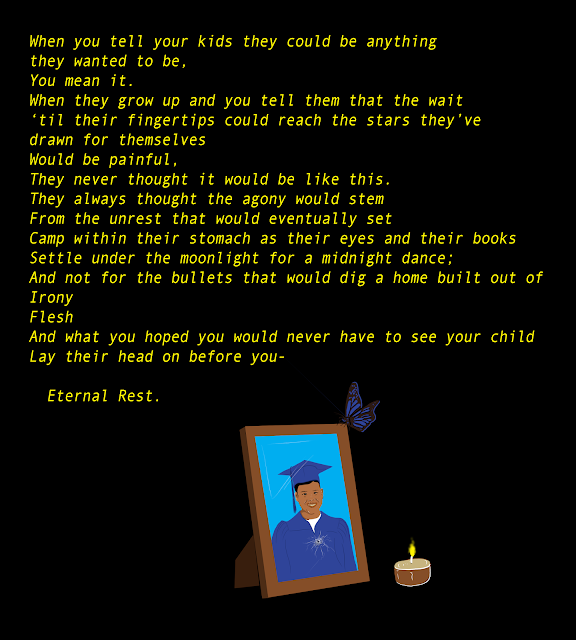 Stanza 1 image description: Red background with a Filipino mother and her son playing with a child’s toy while a TV is in the background broadcasting protesters marching with a black banner with grey writing saying ‘STOP THE KILLINGS!’.

Stanza 2 image description: Black background with five lamp posts lined up diagonally, each one getting further away, and shining light. Under the closest lamp post is the shadow of a man and two officers are watching him from a distance. The officer to the left has a sign in his pocket that says ‘PUSHER AKO’.

Stanza 3 image description: Purple background with the bottom half of a man’s torso is shown to be playing a game of chess. He’s wearing a cream long sleeve shirt with a Philippines flag pin. There are four policemen on the board, three on the very back row and one on the second to last, standing and one civilian laying on a black square covered in blood.

Stanza 4 image description: Black background with a brown picture frame containing a graduation photo of a Filipino boy and a butterfly resting on the top right corner of the frame. The glass frame is smashed by a bullet hole by the boy’s chest. A tiny candle is lit by the side of the photo.