The Double Standard of the "Carefree Black Girl/Boy" Aesthetic

Posted by RISEN ZINE on 29 July 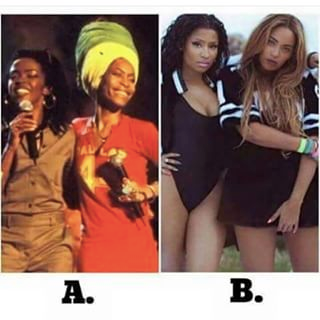 If you scroll down your Twitter timeline, you’ll be happily surprised to see pictures of black people in colorful flower crowns, flourishing afros, and with shining smiles plastered on their faces. 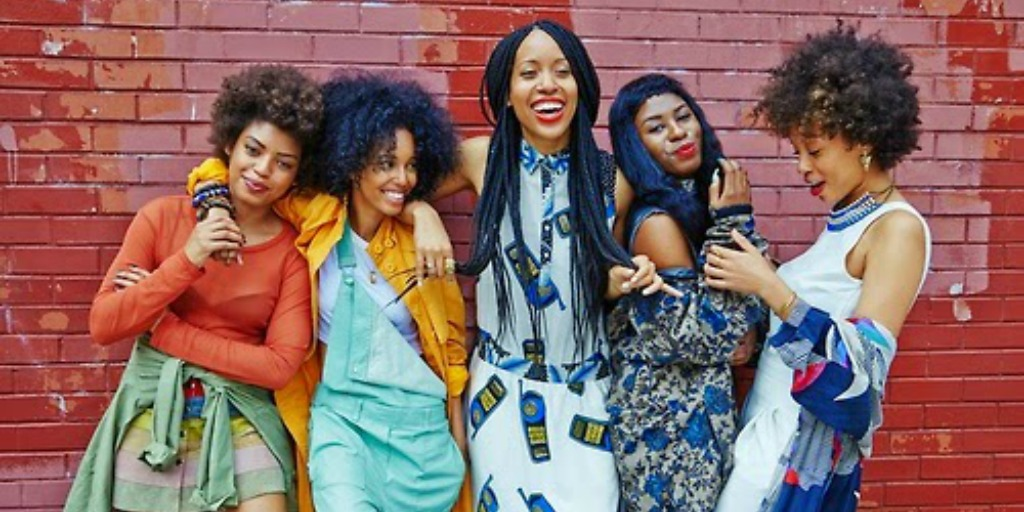 [Image: Five black girls in front of a brick wall smiling and leaning on each other. The girls are wearing colorful clothing and have afros, braids, and straight hair.]
The “Carefree Black Girl/Boy” aesthetic has made and continues to make its way across social media platforms and has been met with joy and admiration. The movement has allowed black girls and boys of all shades and sizes to begin to love who they are and unapologetically be themselves! It has helped black men come to the realization that they are allowed to be indulge in what society has deemed too feminine or emasculating, and that they do not have to succumb to the standards of toxic masculinity that the black community has created for them. While this movement of radical softness has been greatly progressive, it also exposes the double standard we hold. Across the world, black people from “the hood” are called “ratchet” and “ghetto” because of how loud they talk, their vernacular, and how they dress. The way they choose to present themselves inevitably subjects them to criticism and their identity becomes either a joke or something to be ashamed of.


We are taught to keep our thoughts and opinions to ourselves and to contain our emotions because if not, we could be called “ghetto” or “ratchet”. Being called these terms is incredibly damaging due to the negative connotations these words hold. The roots of these words correlate to blackness heavily and are used by non black people to portray that the state something is in is bad. This sparks the question, “Well, what’s so wrong with being black? Isn’t being unapologetically black something that you want?” The answer is yes, but reaching that point isn’t helped by being called these words. Being unapologetically black means praising the good and beautiful qualities that are a part of black culture. As mentioned before, these words aren’t meant to be compliments; they are meant to make people feel bad about how they’re conducting themselves. They’re being too loud, too rambunctious, too ghetto. In other words, these kinds of black people don’t care about what others are thinking about them because they are essentially Carefree.


So why is it that we as a society condemn those who choose to be loud but praise those who are choosing to be soft and quiet? It is because to be associated with being black is a bad thing whilst behaving how our white counterparts have been behaving is seen as acceptable and admirable. Black identity is going through changes right now and steadily we are being steered away from our other brothers and sisters who are unapologetically black in their own ways. In essence, ghetto and carefree share the same core meaning. The only problem is that one is used to uplift black people of a certain aesthetic while the other is used to dehumanize. Black people should not have to conform to one standard in order to be accepted. Let ALL kinds of carefree black people exist peacefully.


Opposite Identities: a Poem
I am black I am South Central Los AngelesI am boarded up homes of children Who do not know their fathersI am gun shotsOr fireworks if I am a child Even though 4th of July was two months ago I am not going outside for fear of my life if I wear the primary colors that make purpleI am long acrylic nails with rhinestones brighter than the low riders cruising down the street I am golden Bamboo earrings and rings down each fingerI am weaves, cornrows, box braidsBut never boxer braidsI am overlined lips and clear glossI am sagging pants and durags I am the beauty supply store and the barbershop I am the liquor store run by the man who isn't welcome in this neighborhood But takes the heat anywaysI am the swap meet where young girls with nothing can feel like they're something I am off-brandI am loud voices I am unwanted opinionsI am the ghetto I am GhettoI am blackI am Santa MonicaI am the beach at seven a.m.I am hair so straight that I start to believe I could fit in untilI am track showingI am edges unlaid I am grateful these white people don't know what black hair should look likeI am coffee and brunch I am bike rides and surfingI am daisy dukes and bikini tops I am board shorts and flip flopsI am beach waves and blonde hairThat I cannot achieve I am pastel pink and light mintI am family vacations I am sticking outI am microaggressions I am white people saying the N-WordI am smiling like it's just a wordI am being looked at when we discuss slavery I am being told to get over itI am feeling like the angry black girl I am quietI am smiling blue eyes and white faces I am the beachI am Carefree

On Living in an Age of Corona

On Living in an Age of Corona By Ruthie Zolla
For my grandma, who told me to write this.

Yesterday I woke up tired, even though I had gotten 9 hours of sleep. But tiredness was in my bones, in the fragile promise of normalcy for our country. For many, that future has already been transformed in irreparable ways. And when I woke up, I looked at the trees and thought, “Time is empty right now”. I felt funny. It was sunny, yet there was disease everywhere. I listened to the words of The Daily’s “A Bit of Relief” episode. Three people read excerpts from their comfort literature, like “In Pursuit of Flavor”, a cookbook by Edna Lewis, detailing how to contain and seal food for optimum freshness and longevity. Fitting right now, for the families who cannot leave home for 14 days. I am so privileged to be safe, to have an endless supply of books to read, calls to make. That is not the reality for everyone, for the woman I met at the bookstore who needs those shifts at M…