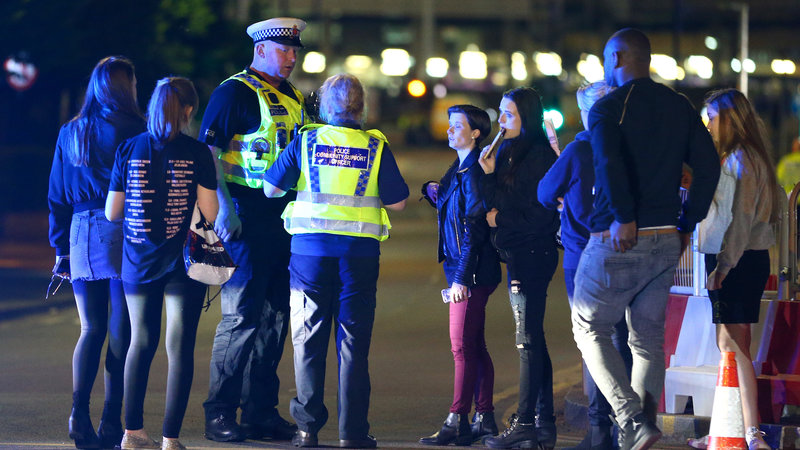 
An Ariana Grande concert in Manchester, England on May 22, 2017, turned deadly when concert-goer’s heard a loud explosion as they were leaving. Though it is not confirmed, Chief Constable Ian Hopkins said authorities are treating this situation as a terrorist attack. Police have confirmed that 19 people are dead and around 50 people are injured. The injured are being treated at six hospitals across the Manchester Area. A local Holiday Inn is serving as a refuge for parents who may be searching for their children that attended the concert (McKirdy). Ariana Grande is said to be “okay” and very saddened by the events.


According to the Manchester Arena management, the explosion happened outside of the facility. The U.S. Department of Homeland Security is working hard at monitoring the situation to determine whether or not there is a threat to music venues in the United States. Though there is no concrete evidence, they released a statement saying that “the public may experience increased security in and around public places and events.” (Gonzales) Locals are being advised to avoid the scene.

No arrests have been made but Western law officials say that this may have been a possible suicide bombing. A U.S official says they have identified a man at the scene the believe to be the attacker.
ariana grande concert currentevent terrorism terroristattacks tyler