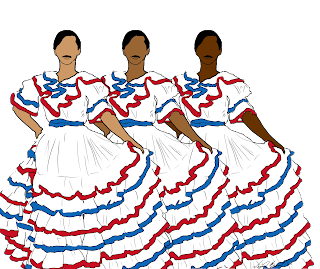 Quite recently, George Lopez received criticism over his reaction towards a woman in the audience of one of his stand-up shows. He made a joke about Latinx families, stating, “There’s still two rules in the f**king Latino family, don’t marry someone black and don’t park in front of our house.” A woman in the crowd expressed her distaste at the joke to which Lopez responded that she should leave. Despite Lopez being condemned for making anti-black jokes, what he stated is a sad reality for many Latinx people. We live in a devastating time in which the most casual signs of anti-blackness have become second nature to us and practically unnoticeable to those who perpetuate it.

Apart from anti-blackness rampant in the Latinx community, colorism also plays a large role in societal rules of the Latinx community. Such can be seen in the implications of the policy that the Dominican Republic enacted in 2013 that was directed towards Haitian-Dominicans. Dominican law took away the citizenship of thousands of Haitian-Dominicans based on their Haitian ancestry. This cultural cleansing is a violation of the human rights of many Haitian-Dominican who were forced to leave the only country they knew. Of the many who spoke out against the deportation policy of the Dominican Republic was critically-acclaimed author Junot Diaz, who is Dominican. Consequently, he was criticized by the Dominican government when he spoke out against the citizenship policy with Haitian-American author Edwidge Danticat. Diaz compared what the policy insinuated to Nazi Germany yet also slammed the public for not doing much about it.

It may be difficult for Latinx people to talk about racism in the community because it happens right next to us every day. I myself have witnessed relatives make anti-black comments, and now is the moment that I stop watching idly by. Now is the moment that we confront those close to us for what they say or do. If you have someone who you love or respect that is clearly anti-black, you have every right to try to explain to them why their actions or words may be offensive. Educate your peers, family members, friends, and others who you see who may be perpetuating damaging attitudes towards the black community. We must acknowledge the flaws of our ways so we can fight together. It’s not all about us and we have to realize that if we really want to help and stand in solidarity for the black people in our communities.
anti-blackness authors of color black colorism criticism culture dani daniela daniela ramirez dominican equality hispanic junot diaz Latinas latinxs people of color racism viyanca