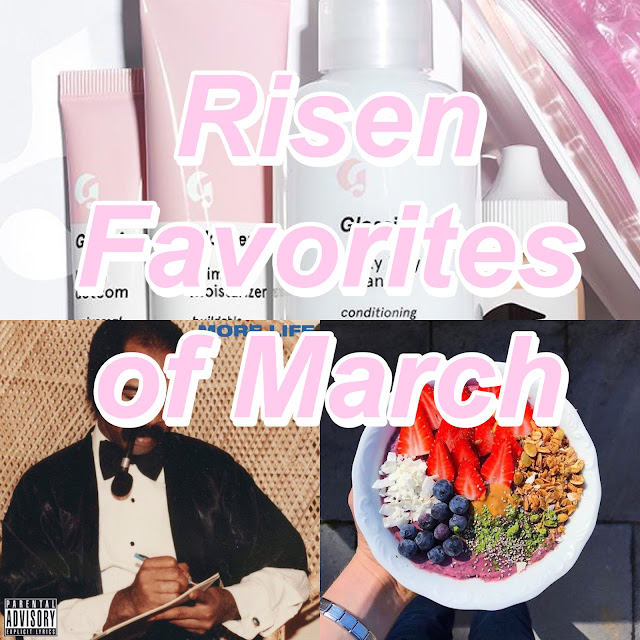 Risen Favorites is a monthly series featuring Risen staff member volunteers who wish to share some of their favorite things from a given month. Topics can include anything from favorite places to favorite photos, favorite teas to favorite soaps. If you have a “favorite” item, place, or even social media account that’s out of this world, DM or email us and we’ll include it! In March, we’re covering social media, skincare and more. Enjoy!

Over the past month, I’ve started following some true talents on Instagram, my favorite form of social media: now, I’m ready to share them with the world! The following accounts take photographs of awesome cityscapes, vibrant scenery, and even just bowls of colorful fruit - but all with a special flourish that really adds something spectacular to the photos they put out. 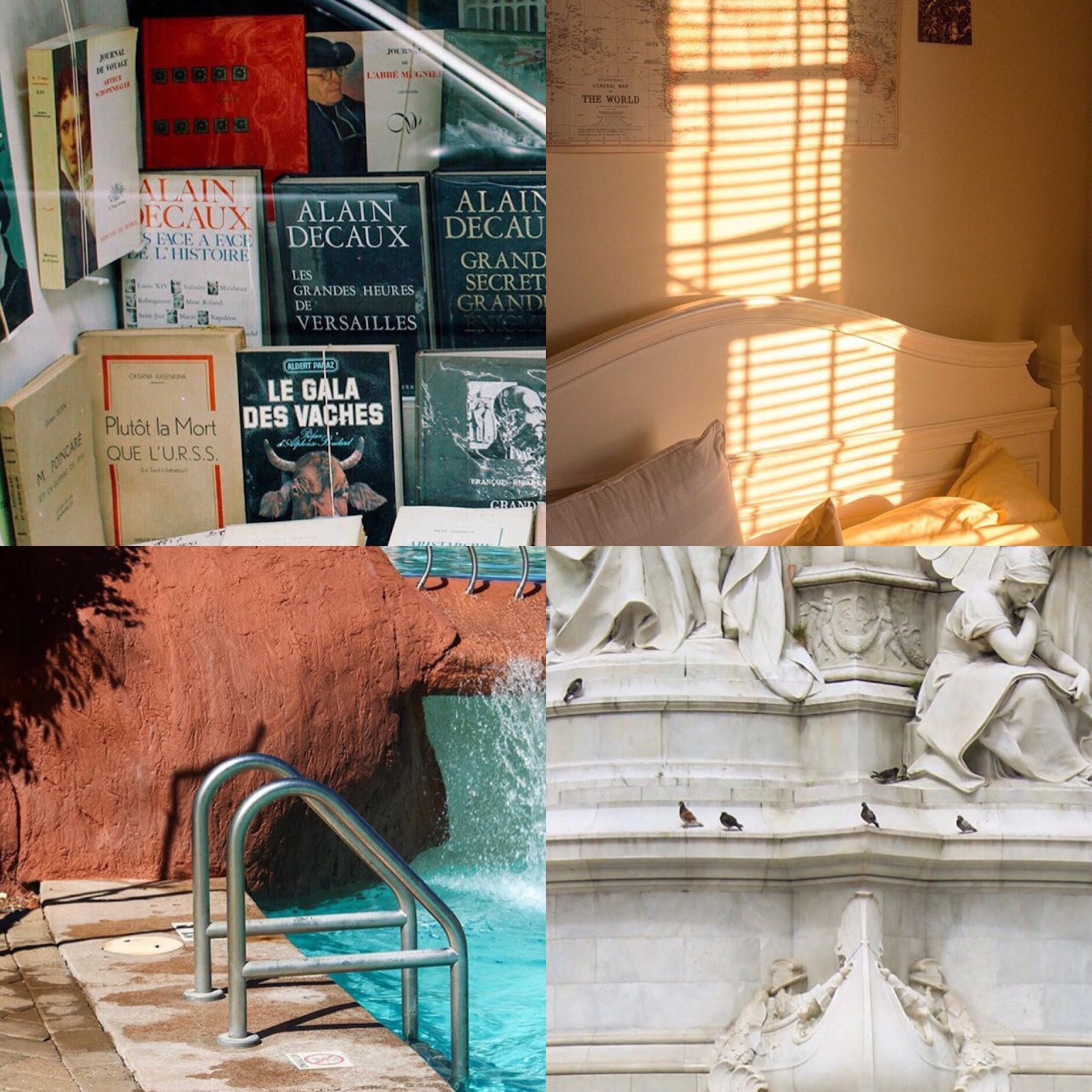 Tara takes absolutely stunning photos of just about everything: rolling hills, people walking past, and small moments that become so much more behind her camera. Most recently, she traveled to Arizona and took some amazing shots of the Grand Canyon, forests, and the poolside photo as depicted in the collage. Many of her photos are also accompanied by deep quotes or thought-provoking blurbs. 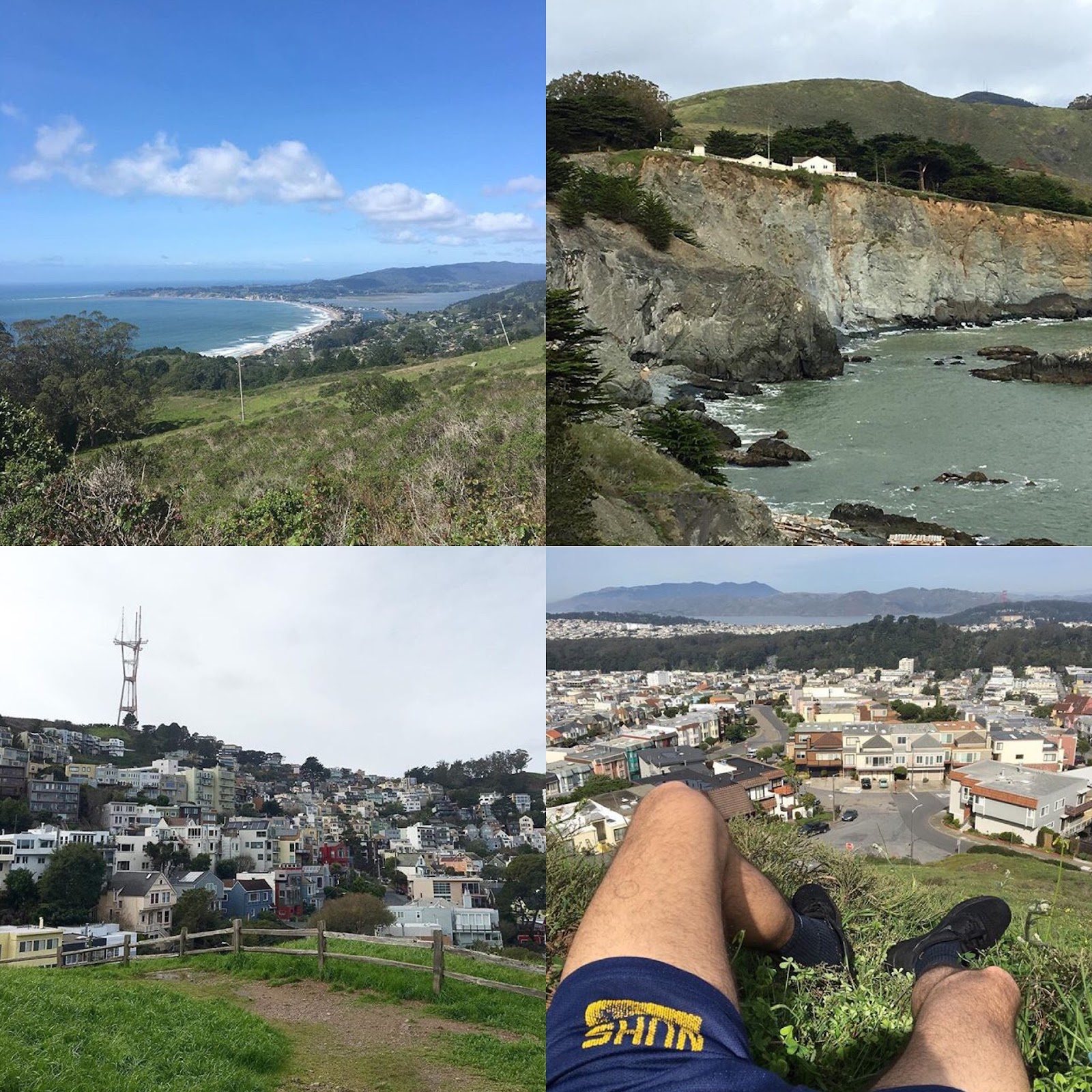 With indescribable ease, I feel like this instagrammer must pick up his phone, snap a dozen shots of whatever natural beauty he’s at that day, and post about it right after. Plenty of shots of scenic San Francisco dot his feed, as well as several pics of beaches, mountains, rivers, and other gorgeous scenery. 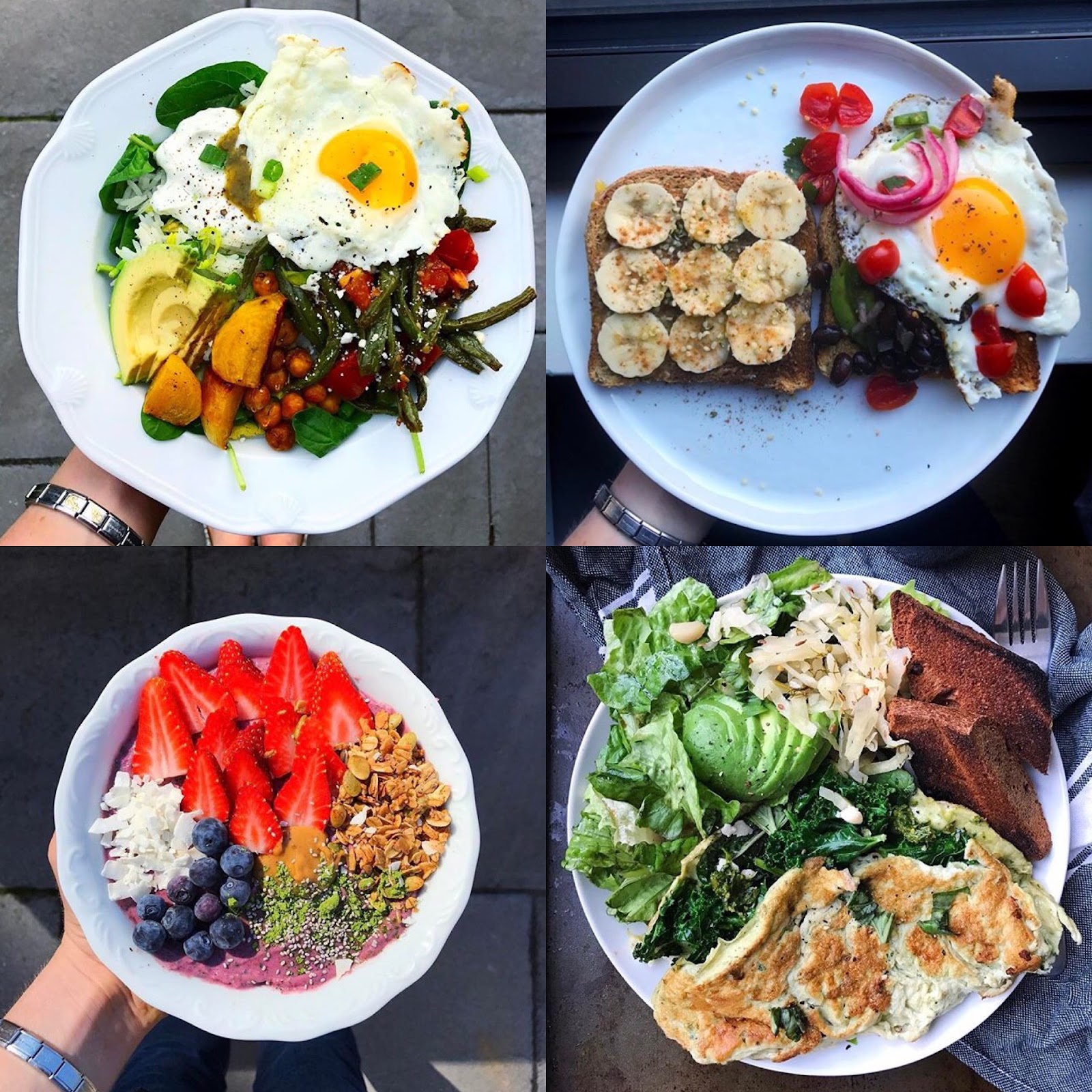 As someone who’s recently caught on to the wonders of soy milk, hummus, and smoothie bowls, Sarah’s pristine photos of homemade hummus with roasted butternut squash, avocado egg toast with onions and spinach, and various fruit medleys have inspired me to try my own at home! Day in and day out, she presents new recipes and mixtures on her feed in bright, white bowls, as well as highlighting her home of DC’s best clean eats now and then. 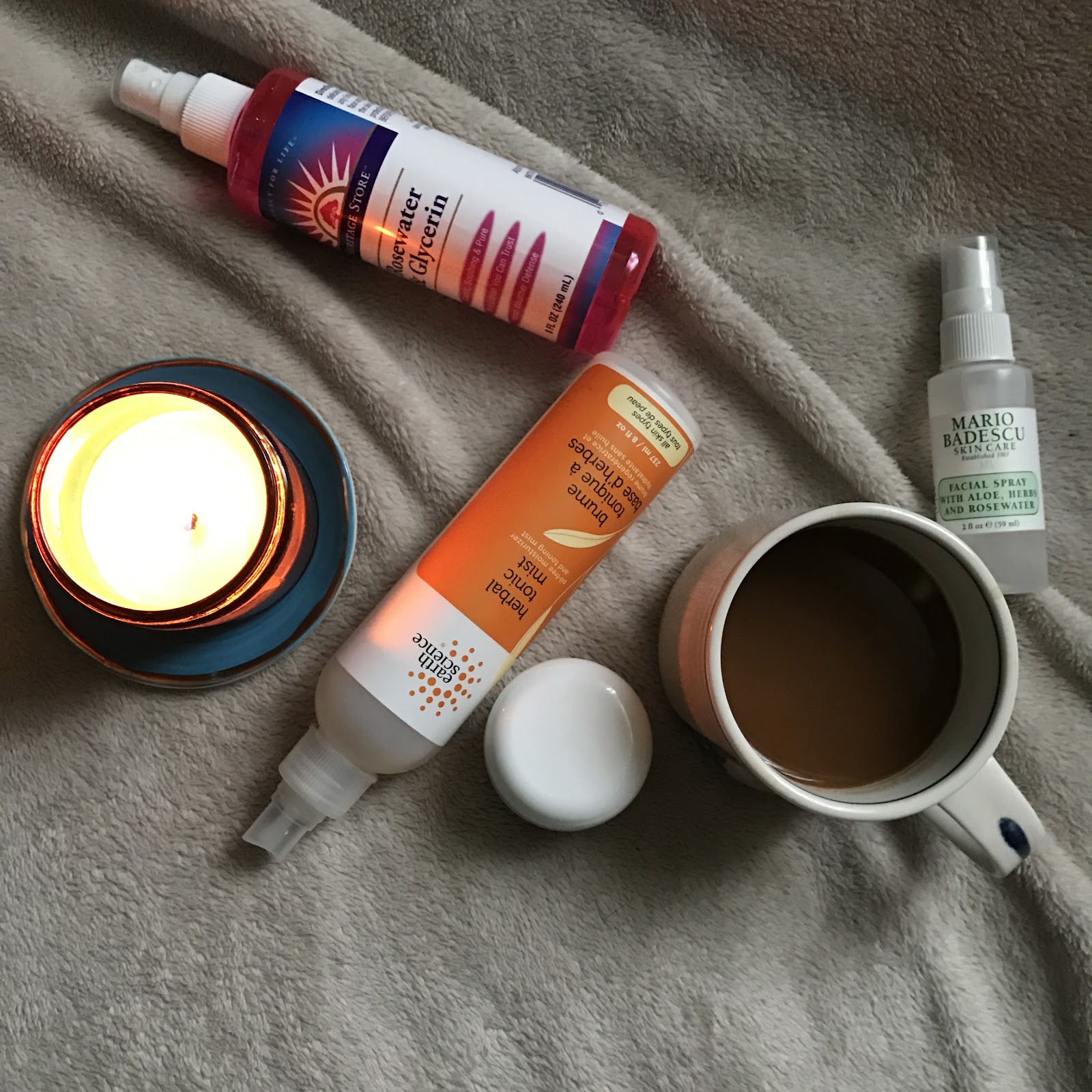 Although I’ve been worrying about my skincare routine since 6th grade, I’ve recently been adding steps that don’t have a main focus on combating acne. With moisturizer and toner, I’ve been able to hydrate my face and keep it balanced which, in turn, helps to fight acne. 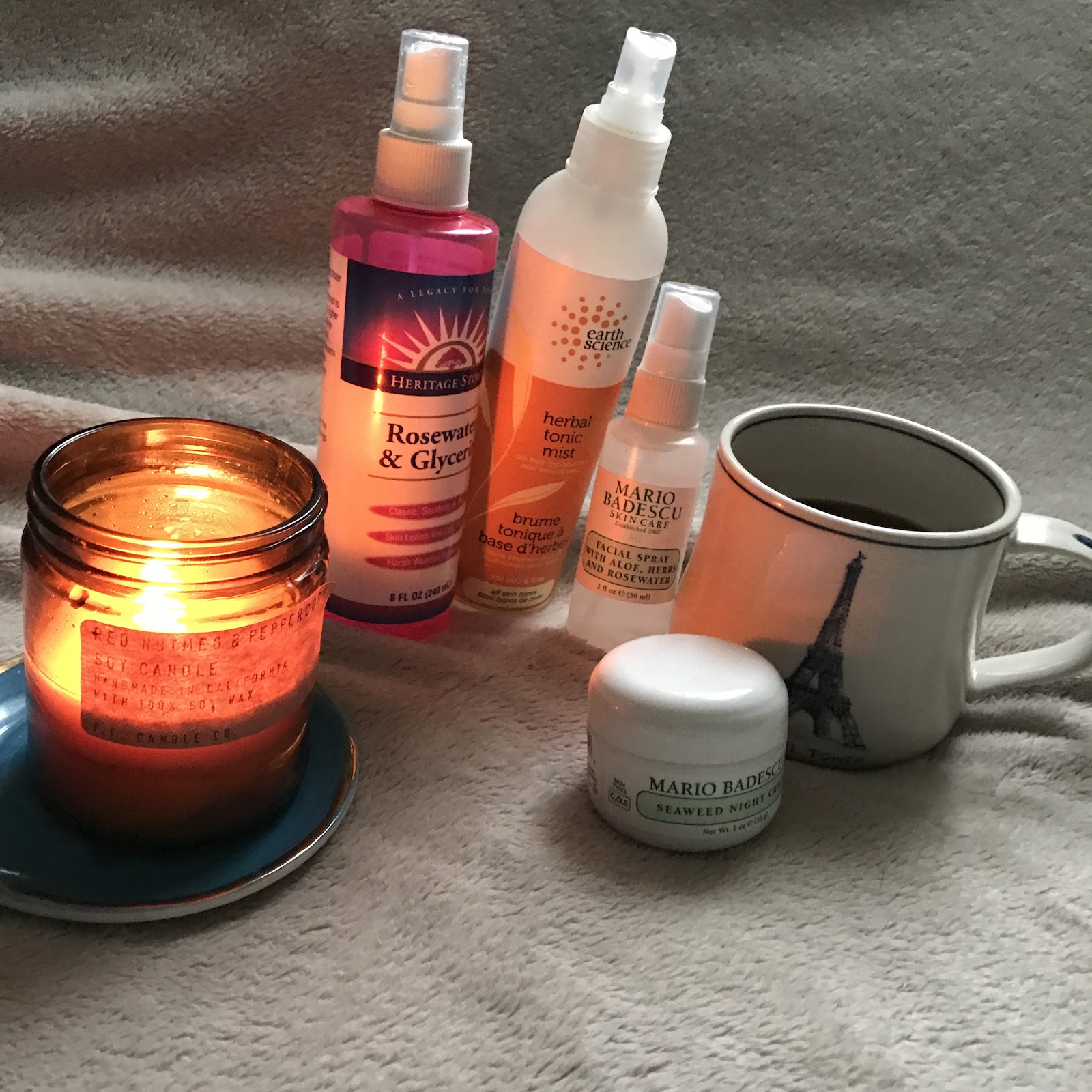 I’ve been insecure about my skin for so long, fighting body dysmorphia and dermotillomania in the past; this newfound routine and products make me feel better about taking care of myself and learning to love my skin.

My favorite place for skincare is, without a doubt, Lush, but recently I’ve tried out different brands including Mario Badescu, known for its rosewater spray, which is definitely worth it. From this brand, I recently bought the seaweed night cream which makes my skin feel so smooth and soft - a good moisturizer is a great investment and will most likely last a very long time.

Other products featured in my photos are the herbal tonic mist by Earth Science and the Rosewater and Glycerin toner by Heritage Store. The herbal mist is good for oily skin since it contains witch hazel and the rosewater is great for freshening and moisturizing; both are cruelty free.

It’s important to feel good about yourself, but don’t feel as though you need to have good skin to be happy: however, if it’s something you think would help, I hope you make good investments to feel confident! 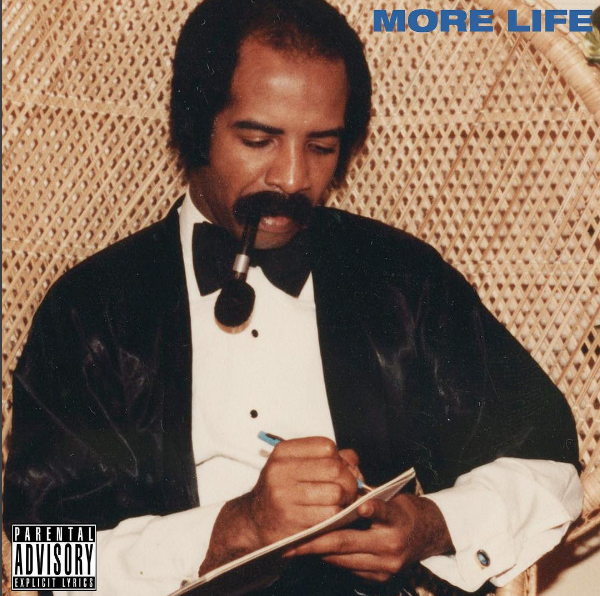 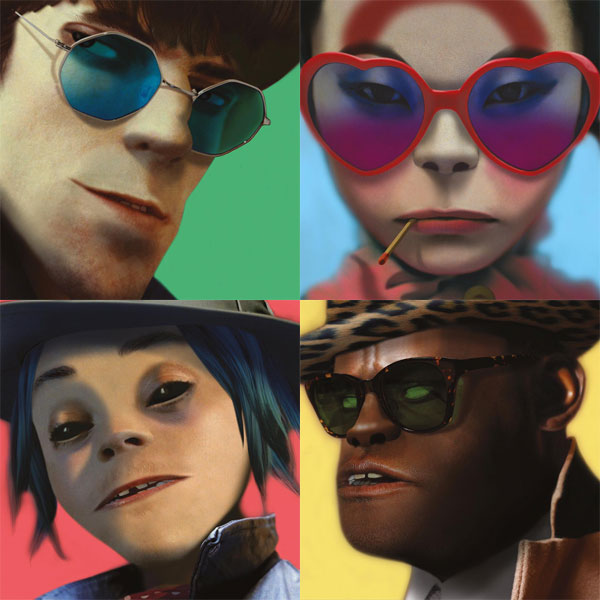 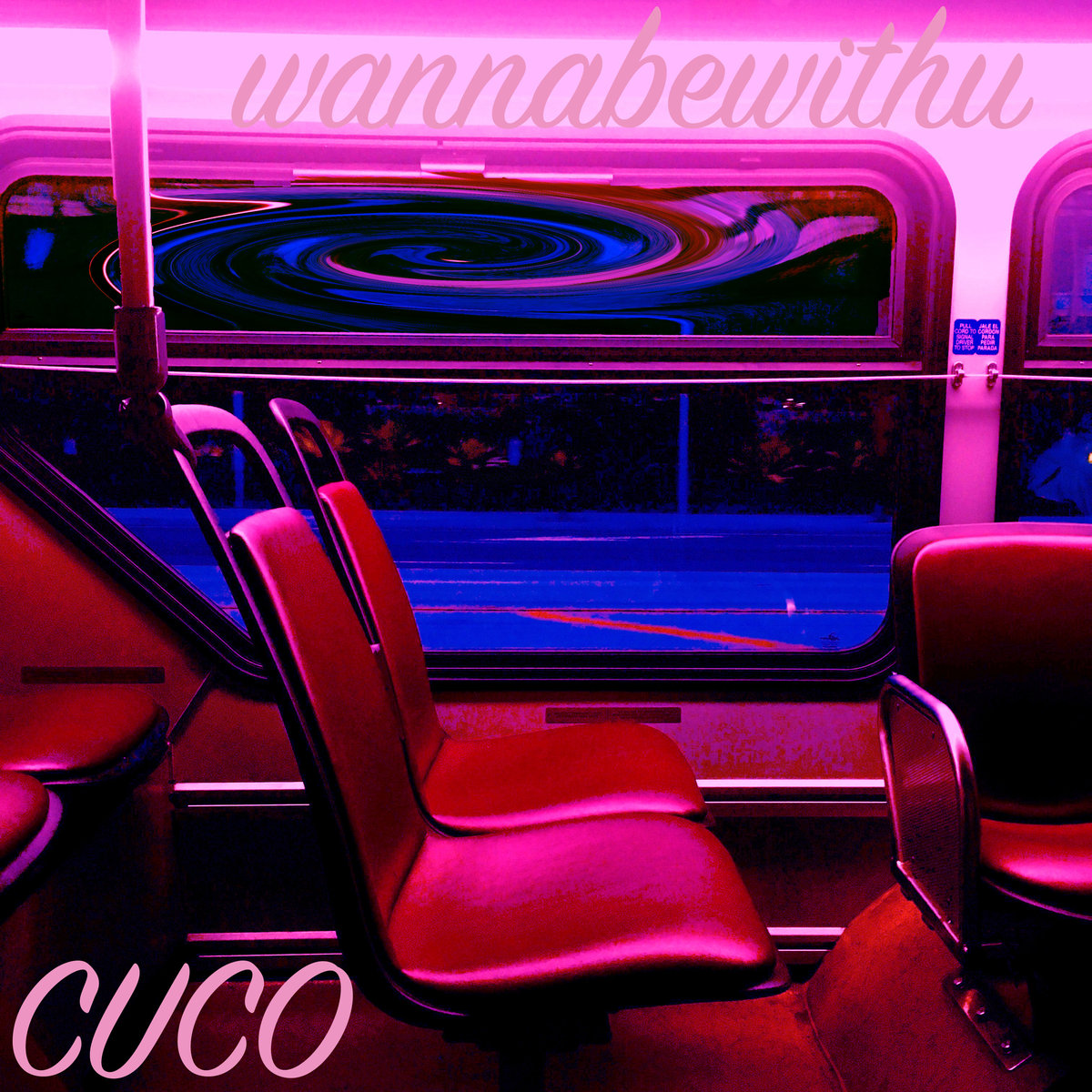 March has blessed us with several new releases from artists including Drake and the Gorillaz.

After years of being on hiatus, our favorite animated band is back with new content that is well worth the wait. The Gorillaz recently posted a playlist on Spotify titled Humanz that includes 4 songs from their upcoming album. Songs include exciting collaborations with artists such as Vince Staples and D.R.A.M. Of the four songs released, Andromeda featuring D.R.A.M. is definitely my favorite: its’ beat is sure to make anyone dance and includes some aspects of Greek mythology in the lyrics. Now all to do is wait until April for the release of the entire album.

In another realm of playlists is Drake’s recent More Life, which includes a variety of tracks that offer music by Jennifer Lopez and even the Sonic the Hedgehog game soundtrack. Songs such as Passionfruit and Fake Love are sure to be songs to jam to this summer. Overall, the playlist seems to have plenty of songs that will become regular radio players and party hits: after all, it has been topping Billboard charts since its release.

As for new musical discoveries, I’ve been recently introduced to the independent, experimental artist Cuco. The young artist is a Chicano, Los Angeles-based singer whose music can be best described as a “dreamy” mix of electronic sounds. His poignant-sounding is sure to soothe you and is perfect for studying or just chill listening. A few of my favorites from him include Amor De Siempre, Lava Lamp, One and Only, and Lover is a Day.