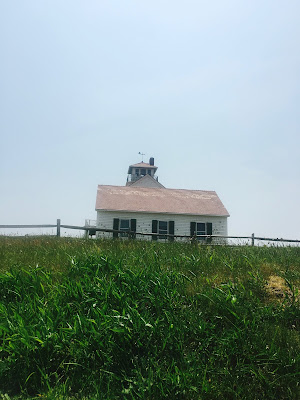 Sødeste Sommer
To Brise, from Lykke

The two pale girls lay on their queen size bed, their long, lanky limbs sprawled across the pink floral sheets. They were trapped in a cloud of heavy Boston heat. The younger girl eyed the tattered box in the corner, which held the window air conditioning unit that she had dug out of the hall closet earlier, but they were both too tired and disgruntled to try to lift it onto their window sill.
“Turn on some music,” the elder girl said, her eyes closed. “Maybe that’ll cool us down.” The younger girl snorted at the idea, but turned on a soft song nonetheless.
It was their second day in the northern city, but they had little motivation to go out and explore, as they were not yet adjusted to this level of humidity and heat. The girls lived in a small room on the third floor of a house filled with unique strangers. They would soon learn that their floor mates included a ballerina, an expecting mother, and a couple with an almost obsessive habit of cleaning out the second floor kitchen twice a week.
It was the younger girl’s first time living away from home, and she found the simplest joy in doing her own laundry and choosing which brands to buy from the grocery store. The elder girl would worked full time, while her counterpart would spend the weeks doing odd jobs, going on long walks through the cobblestone streets, and making batches of blueberry muffins for the two to eat in the evening as the girls sat on their bed and watched a film.
It was the beginning of the sweetest summer, filled with growth and wholesome laughter.
The young girl let out a loud sigh, getting bored of doodling as the two tried to keep their minds off of the early morning heat. The elder girl understood her restlessness, and lifted the book she was reading as an offering. The two had always had an aura of understanding surrounding them. Words were seldom exchanged, as they weren’t frequently needed. It was the younger girl’s favorite part about living with her.
The ring of a video call disrupted the still room, and a smile grew on the young girl’s face as she saw Ian’s contact photo flash on their laptop screen. The elder girl’s hand reached out to accept the call, and she greeted him with a small wave. On the screen, the girls could see Ian laying in a similar style on his own bed, only a few miles from them.
“This heat is killing me,” he groaned. The two girls mumbled in agreement, and Ian let out a laugh. “How sad! We’re brand new to the city and we can’t get out of our rooms. Let’s go to the sea. We need to get out of this puddle of smog.”
The young girl’s brows lifted slightly, and the elder girl paused. “Sure, why not. We’ve brought our car with us, it would only take us a couple hours to get to the Cape.”
They made a more structured plan, and hung up. The young girl held a fascination for Ian, and a new breeze of energy hit her as she hurriedly packed her bag for the beach.
“We don’t have any beach towels,” the elder girl noted. The younger girl smiled and added that they didn’t have any bathing suits either, so swimming didn’t seem likely. The girls had very little to their names. They owned two bath towels, one spoon, one fork, two bowls, two laptops, a marimo in a tiny glass aquarium, a rainbow digital clock, and a small but crowded closet of clothes.
In short time, the two girls had changed into sundresses, one wearing a blue cap while the other wore a pink cap. They stopped and bought their favorite donuts, and took a guess as to which flavor Ian would like. They pulled up to Ian’s house, and he hummed a morning song as he ducked into the car.

It was a three hour drive to the sea, including a 15 minute stop to get snacks and sunscreen. The salt from the sea was potent in the air, even from the parking lot that sat half of a mile off from the beach. Visitors had to park far from the sand, and walk through a thin forest, crossing a bridge over the estuary, and up a slight hill to reach the sea. There was one hour parking, and the naive first time visitors had to walk back to their car every hour to change their spot. But for the trio, having to move the car every hour served as an excuse to get more ice cream from a stand next to the lot.
It was still early in the day by the time their feet touched the sand, and there were only a few other people scattered around the beach. The young girl instantly ran to the water, and squealed as the frigid ocean washed over her feet as she whipped around to rejoin her companions by the dunes. While the sea was cool, their skin became red as it soaked up the hot sun. For hours, the group laid on the beach, humming in delight when one spotted a seal leap out of the waves.
As the sun rose higher in the refreshing blue sky, the trio dozed off, their heads resting on their folded up jackets, toes tucked into the sand. After a chirp from Ian’s phone disturbed them, they sat up. The girls attempted to throw crackers into the other’s mouth, and Ian fiddled on his phone. He looked up with a grin and announced a surprise would be coming, but that they would have to return to the car to get it.
The group trotted down the small path, the youngest singing an old song as her eyes looked up at the sun, kissing her through the green leaves on the branches above her. As they stepped onto the parking lot, the heat accumulated on the asphalt seemed to soak through their shoes, causing them to tip toe to avoid a white hot sensation on their soles. There was chatter bouncing between them as they made their way to their car, and the girls notice Ian’s eyes searching out through the lot.
“Hey strangers,” a voice across the black asphalt shouted. Two tall boys, both with dark brown beards and stylish clothing, walked towards them. Ian and the elder girl greeted them with a familiar smile, while the younger girl eyed them with curiosity. She quickly learned that they were both named David, and both attended school with Ian and the elder girl. They were creative minds, and liked to corner you into a debate that you couldn’t win. The group caught up as they made their way back to the beach.
The day rang with honest laughter and delight. They were five hearts relaxing on an early June day. The youngest girl looked up at the gulls flying over the sea, and wondered what this summer would hold for her.
“Lykke, are you coming?” the elder girl asked, her eyes squinting in the sun from a few feet away. The group had gotten up to depart, but the youngest was caught up in her dreams of possibilities.
“Yea, here I come, Brise,” she said as she got up, dusting the sand off of her dress. As the group walked back to their cars to start their drive back home, an energy of happiness and peace flowed between them. This would be the sweetest summer.
short story summer