March 2017: Riseponding to the word 'problematic' 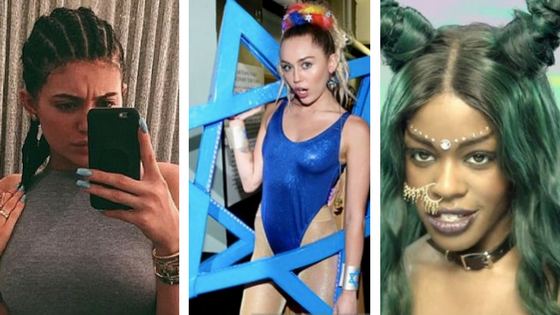 Riseponds is a monthly series where a group of Risen members are picked, not based on viewpoints, but solely through a "first come first serve" basis to speak on a topic that they're passionate or apathetic about. The randomness serves so readers can gain different viewpoints from different individuals with contrasting experiences. This month, we’ve been reflecting upon the word ‘problematic’ and its validity when it comes to deciding whether it’s “okay” to like a celebrity/ their work or not.

Amelia: Firstly, the term ‘problematic’ is rather vague and general. It can, I think, often be replaced with more useful words depending on the context: for example, calling the individual’s actions racist or homophobic is a lot more pointed and aids understanding more so than simply ‘problematic’. By labeling a celebrity ‘problematic’, it is easier for them and their fans to dismiss their actions as the word appears as an antagonistic buzzword more so than something meaningful; and it is also easier to overlook any good they have done as it is such a catch-all term. It is also a title that is carried with them for a long time, despite any attempts to redeem themselves and their actions. Of course, there are ‘problematic’ celebrities who haven’t apologised and changed for the better, but there are also celebrities who are denied a second chance on the basis of past so-called ‘problematic’ actions. Having said this, though, it is important to draw the line somewhere, and it is up to us to decide individually where - for example, I cannot consume the future work of someone like Johnny Depp, an abuser, while I can separate Azealia Banks’ music from her undoubtedly awful comments.

Cia: I have mixed feelings about the word ‘problematic’. I feel like it’s important to recognise when a celebrity/a real-life human being says or does something offensive (sexist, racist,  homophobic, transphobic, ignorant etc) and to then call them out for it so that it doesn’t happen again, but at the same time I can’t help but feel like it’s not fair to label someone as ‘problematic’, which seems to erase all of the good they’ve done. For example, the tumblr blog Your Fave Is Problematic has a post in which Miley Cyrus is criticised for her culturally appropriative tattoos, a handful of racist tweets, and her appropriation of black culture (AAVE, twerking etc) in her music videos; on the one hand, I feel like it’s fair to criticise her for this because these are all things that I believe are wrong and shouldn’t be condoned, but at the same time, I feel like it’s unfair to demonise her entirely for this: what about her work to support LGBTQ+ homeless youth and women’s rights organisations like Planned Parenthood?

Rachel: From a personal standpoint, I believe that we should be careful when labelling anyone as “problematic” as more often than not, we, as an audience to those who stand on high platforms, are quick to use this adjective in response to certain isolated, disruptive incidents on the celebrity’s part. However, we must also remember that celebrities know the impact their words and actions can have. Upon choosing to pursue a lifestyle that places them in the public eye, they must accept the responsibility that comes with being able to reach out to so many people and to be mindful in that respect. At times, someone who has been labelled as “problematic” may have meant well initially but their opinions may have been worded a little clumsily, and then misconstrued. So, the way I see it, a celebrity has a responsibility to be mindful when speaking out from their platform and we as the audience need to be mindful of the fact that we often know very little about the person in question and their personal views. Therefore, we should keep an open mind concerning them, rather than placing them in a box based on the little we hear.

Sam: I am a firm believer in the idea that everyone makes mistakes. Some large, some small, nobody’s perfect. Unfortunately for celebrities, some of those simple mistakes that wouldn't seem


too important if they occurred just around us are amplified and heavily shamed, creating a negative image of that individual that really isn't deserving. I’ll definitely stand by an artist who makes a simple mistake or blunder that could happen to anyone. I will say that when artists abuse their platform, use it to manipulate others, or simply say or do something that is certifiably bad, then I’ll take a step back and potentially voice my concerns out loud, or at least kept an opinion reserved in my head. Those types of celebrities lose their value for praise and fame at that point.