Veggin' Out: Reducing Meat Consumption in 2017 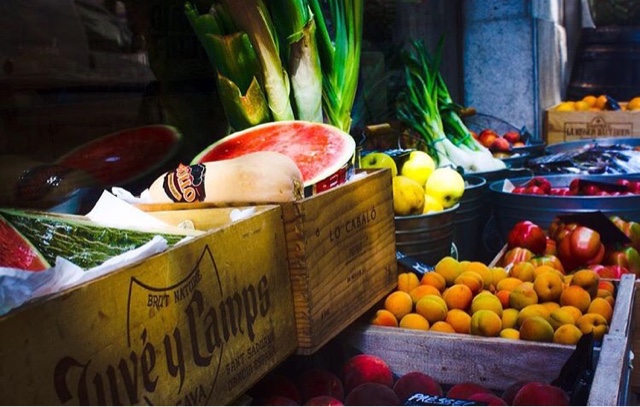 Article and Photo by Peyton Upchurch

If you eat meat, you stand with 96 percent of Americans. I’m not here to preach to you that you're a horrible person for eating meat. Newsflash: you aren't. However, if one of your New Year's resolutions is to get healthier and reduce your carbon footprint, keep reading.

Did you know that eighty percent of antibiotics sold in the United States are used on livestock? What about that over an acre of rainforest is cleared every second to accommodate the overpopulation of cattle?

Reasoning behind becoming a vegan or vegetarian does not have to be entirely ethics-based. The decision can stem from wanting to be healthier or wanting to help the environment. As a country, and along with many other nations, we are grossly over breeding livestock from which we source meat, milk, eggs, and other inedible animal-based products.

Health concerns have been an issue surrounding meat and dairy consumption since the ‘80s. Nutritional studies suggest that regular meat consumption can lead to chronic heart disease, high blood pressure, type two diabetes, obesity, and an increased risk of bacterial infections. Simply making the switch from a diet high in meat to a diet rich in rice, beans, fruits, and vegetables can make your body feel more refreshed and contribute to a healthy lifestyle.

In 2015, Costa Rica cleared nearly 40% of their forests to make room for cattle, and a huge amount of that meat was exported to the US and Canada. A single dairy cow produces 75 kilograms of methane every year, a prominent contribution to the destruction of the ozone layer and, in the long-run, global warming.

Being one of the most popularly bred animals, cows are hauled in bulk, bred simply so they will produce milk, and then their calves are taken from them to make veal. Over half of captive cows become sick or die under the conditions they are subjected to. This is largely an issue of overpacking during transportation, and a simple step towards helping this problem is local meat sourcing rather than international.

In early 2016, several American food companies, including Mondelez and ConAgra, have pledged to convert entirely to cage-free eggs by 2025. Public opposition to battery cages has sprung up recently following this decision. A battery cage, in the egg industry, is a 67 square inch space where egg-laying hens will spend the entirety of their lives. A standard piece of printer paper measures 94 square inches. This is another small step in the direction of ethical practices.

Overall, it only takes the small steps of many to push the meat industry towards ethical behavior, and to improve the health of the nation. Should you stop eating meat? That's not my decision. But make it a goal in the new year to recognize where your food is coming from and how what you eat contributes to your growth and health individually.