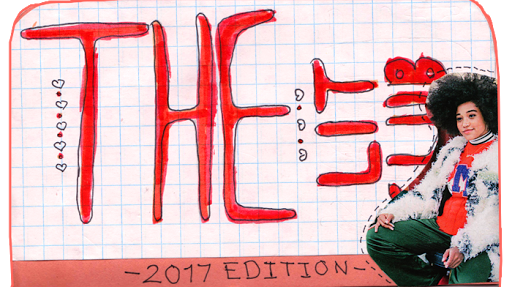 Art by: Adele
Reviews and reccomendations by: Cia and Adele

Happy New Year, bookworms! For the 1st Lit Club of 2017, we bring you another list of recommendations and reviews, many finding themselves in the sci-fi and/or fantasy genre. Happy reading!

Brush of the Gods by Lenore Look 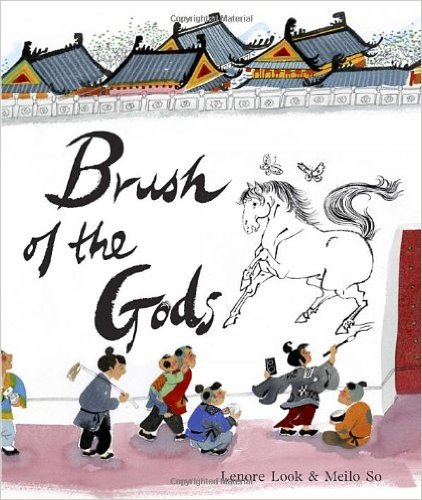 This gorgeous picture book biography, according to Kirkus Reviews in a starred review, is "a cheerful introduction not only to Wu Daozi, but to the power of inspiration."

Who wants to learn calligraphy when your brush is meant for so much more? Wu Daozi (689-758), known as China's greatest painter and alive during the T'ang Dynasty, is the subject of this stunning picture book. When an old monk attempts to teach young Daozi about the ancient art of calligraphy, his brush doesn't want to cooperate. Instead of characters, Daozi's brush drips dancing peonies and flying Buddhas! Soon others are admiring his unbelievable creations on walls around the city, and one day his art comes to life! Little has been written about Daozi, but Look and So masterfully introduce the artist to children. — Amazon

Future rock star, or friendless misfit? That’s no choice at all. In this debut tween novel, twelve-year-old Apple grapples with being different; with friends and backstabbers and following her dreams.

Apple has always felt a little different from her classmates. She and her mother moved to Louisiana from the Philippines when she was little, and her mother still cooks Filipino foods, makes mistakes with her English, and chastises Apple for becoming “too American.” It becomes unbearable in middle school, when the boys—the stupid, stupid boys—in Apple’s class put her name on the Dog Log, the list of the most unpopular girls in school. When Apple’s friends turn on her and everything about her life starts to seem weird and embarrassing, Apple turns to music. If she can just save enough to buy a guitar and learn to play, maybe she can change herself. It might be the music that saves her . . . or it might be her two new friends, who show how special she really is. — Goodreads

“What becomes of the child who has lost her spirit?”

NIOBE: She is Life is a coming of age tale of love, betrayal, and ultimate sacrifice. Niobe Ayutami is an orphaned wild elf teenager and also the would-be savior of the vast and volatile fantasy world of Asunda. She is running from a past where the Devil himself would see her damned… toward an epic future that patiently waits for her to bind nations against the hordes of hell. The weight of prophecy is heavy upon her shoulders and the wolf is close on her heels. — Goodreads

Even this Page is White by Vivek Shraya

Vivek's debut collection of poetry is a bold and timely interrogation of skin: its origins, functions, and limitations. Poems that range in style from starkly concrete to limber break down the barriers that prevent understanding of what it means to be racialized. Shraya paints the face of everyday racism with words, rendering it visible, tangible, and undeniable. — Goodreads

As a child, Kathy H. attended Hailsham, an elite boarding school where students are raised to be as healthy and artistic as possible. Everyone at Hailsham is taught that both their physical health and their creative abilities are intrinsically essential to them and to their futures. The book is written in the style of first-person retrospect where Kathy reminisces about her youth throughout the entirety of the story. She reflects upon her friendship with fellow students, Tommy and Ruth, and the discovery of her role in the outside world and the way it dictates her identity and future. Never Let Me Go is heavily introspective and has a sort of soft sci-fi feel, without giving away too much. We are told that the novel takes place in late 1990s England, but not much else - perhaps Ishiguro did this to add to the sense of Hailsham being totally isolated from the rest of the world. The writing style is slightly difficult to get used to - there are some instances where it doesn’t quite work - but when it does, it’s incredible. Somehow, Ishiguro has the ability to give away so much by sharing so little. If you’re the sort of person who often reads between the lines and finds subtext fascinating, you’ll love Never Let Me Go.

The novel Half World by Hiromi Goto is the first in its series, followed by a companion book.  A colorful and insightful tale, filled with family, friendship, adventure, greed and more. After discovering her mother's kidnapping, Melanie Tamaki must travel to her parents’ home, Half World, a land between the living.

When reading the book, I immediately thought of Studio Ghibli’s Spirited Away, for its use of magic, creatures and female protagonist. As someone who only discovered the studio midway through 2016, I was ecstatic to find this comparison. Goto’s writing is not my favorite, but the story is definitely original. Although the setting and plot was vivid and enthralling, I felt as if the characters lacked depth. Whilst I did like that she was not only a Japanese girl, written by a Japanese woman, but also seen as realistically average instead of along the lines of the Plain Jane trope. With such a vibrant setting, it would have been nice to also have characters who were fleshed out, and I felt especially Melanie felt like a cardboard cutout for any girl in a fantasy world. There wasn't anything she brought to the table that was new or interesting, as well as all the other characters. But Goto’s description of the creatures of Half World are fantastic. A lot of the writing of the characters fell flat to me, but the monsters were vivid—they were grotesque and varying in shape, size and smell, some even revealed development, to my surprise, which was what I would have liked to see in Melanie herself.

I would recommend this novel for those who are Hayao Miyazaki fanatics, but can withstand a few flat characters.