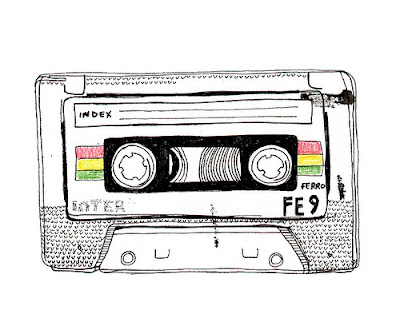 Following this post, which outlined the ways in which the film, Bring It On, highlighted the importance of intersectional feminism, I decided to conduct some more research into the films we watched as kids that taught us important lessons we may have missed.

Though we may not have had a name for it yet, Bring It On (Dir. Peyton Reed), made reference to everything wrong with cultural appropriation. The entire film revolved around how the Toros (a cheerleading squad composed of white women) unknowingly stole a routine from the Clovers (a PoC cheerleading team). As mentioned in the Tumblr post, the movie teaches us the correct way to respond to someone appropriating a culture, which is for the person to admit they were in the wrong and change their ways, rather than to adopt an “it’s not my problem” kind of attitude. Rewatch Bring It On and pay close attention to the subtext; the film is not only about cheerleading but also the injustices inflicted upon minorities.

Disability is not a hindrance and nor should it be treated as such. It never occurred to me that Nemo wasn’t the only character in the film that had a disability. Gill, similarly to Nemo, also had a ‘bad’ fin, albeit he never let this affliction get the better of him. Marlin treated his son as though he needed to be shadowed and taken care of all the time, which influenced Nemo to believe the same thing. This mindset that is instilled within Nemo from a young age had him believing that he could not accomplish certain feats because of his disability, which is untrue. Nemo soon learnt, with the aid of Gill, that his shrunken fin was not a handicap but something that made him unique.

No person can be defined as good or evil. Everyone is flawed. Considering Yubaba’s sister turned her child into a mouse and tried to kill Haku, we deemed her the antagonist of the film. However, these characters we believed to be evil became an important asset in Chihiro’s escape. Likewise, the characters introduced as “good” in the beginning of the film exhibit qualities that can be considered “evil.” No-face, for example, is depicted as both a virtuous and morally-corrupt character. They assisted Chihiro in her escape, but the audience later discovered that they were driven by greed. Why is it then, when No-face is away from all things that deem them “evil”, can they make yarn and eat cake peacefully? Spirited Away teaches a lesson of how every character is complex and cannot simply be boxed into a category of “good” or “evil”; and I believe this is an accurate reflection of ourselves in the real world.

In this particular scene Shrek was referring to passing gas, however, if you link the quote to the overall theme of the film - identity and belonging - the phrase could have also possessed a much deeper meaning. I interpreted it as the film telling us that it is better to wear your personality on the outside rather than keeping it bottled up within. Who knows, you might find someone just as quirky as you.

Sometimes it’s okay to get out your angry eyes. In Toy Story, Mr. and Mrs. Potato Head in particular, taught the audience that it is important to express your feelings. These characters are constantly walking around with fixed expressions that can only be changed and manipulated when someone else (Andy) decides. It is important to be able to dictate your own emotions and not allow others to control your mood. Similarly with Woody’s first encounter with Buzz, it would have been better for the cowboy to voice his feelings and talk to the new toy rather than put on a fake smile and connive a plan to dispose of him.

Willy Wonka and the Chocolate Factory (1971)

The snozberries taste like snozberries! A subtle lesson behind this scene is that most of the time, things are exactly what they appear to be. If it is good, let it be good. Enjoy the moment. Do not over think and make it out to be something it is not. If it is bad, let it be bad. Learn from it; grow. Sometimes the world is complex and other times it is simple, much like the candy in Willy Wonka’s chocolate factory. Convincing yourself the orange doesn’t taste like an orange will do you no good.

Sometimes you have to show people what they’re not ready for. As long as you’re prepared, only good things can come from it. This is what Marty McFly taught us. No one at the prom was prepared for the protagonist to shred out a completely new genre. Marty was confident in his skills and prepared to share it with the world. In turn, the reception he received was nothing short of deserving.

Although this film was only released last year, it holds a strong message to the issues we face as a society, specifically racism. Making a bigoted racial assumptions? Not cool. Just because someone is of a different ethnicity, it does not, by default, mean they were were born in another country. Even if they were immigrants, it does not make them any less of a citizen to the country they chose to immigrate to (I mean, weren’t we all immigrants at one point?). The fact this scene also takes place at a ‘peace rally’ is an accurate reflection of the protests that occurred in 2016, and are still occurring in 2017.

It seems the films we adored as children taught us more than what we give them credit for. As children, we may not have been mature enough to understand the subtle lessons these films tried to teach us, but it is often these acute messages that are most important.