“They’re called ‘athletes’, they’re treated as commodities, and they often cop suspicious glares because of those big ugly muzzles they have to wear. But greyhounds are just about as gentle as you can get - and while they may be bred to race - they’re born for much more.” - Animals Australia.

When most of us think of greyhounds, we associate the dog breed with racing. The origin of such a sport dates back centuries, first seen engraved into stone by the early Egyptians. This sport, driven by animals, involves the racing of greyhounds around an enclosed track in pursuit of an electronically propelled hare. It is an adaption of its father sport, coursing, which entails the dogs hunting live rodents by sight rather than scent. The tradition of greyhound racing has been upheld and passed down from one generation to the next, so this begs the question: is greyhound racing simply an exemplification of culture or does it advocate cruelty?

The answer is not simply black or white - there are a range of complexities when debating whether or not to eradicate the sport. Both pros and cons to each argument incline us to consider what is more important, the benefits reaped from the sport or the moral treatment of the canines.

The Australian greyhound racing industry generated AUD $335 million in revenue for New South Wales in 2014. There is no doubt the economy benefits from the act of patriotism, however, it is argued that the profits induced are only a byproduct of the sport. Greyhound racing is an event that unites people across the nation in their pride for the dog breed. Owners get to demonstrate their hard work and efforts in training their greyhounds when they are put to the test on the racing track. The community rallies together to support the trainers and dogs alike - the positive atmosphere radiating back into everyday life. There is no doubt why greyhound racing is embedded into many cultures around the globe. 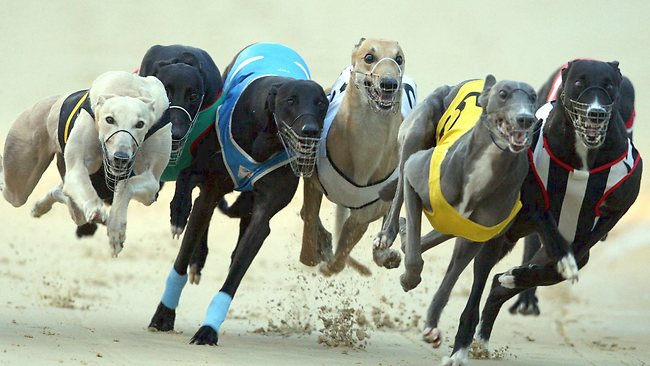 If the owners garner the benefits of the greyhounds, then what exactly is in it for the dogs? Well, the canines get to do what they are bred for - running. The basic biological structure of the animals is indicative of their purpose, which is to hunt and chase. The dogs were originally bred to pursue fast creatures such as foxes and deers, their slim build allowing them to reach speeds of 70 kilometres per hour (43 mph). Many, if not most, owners treat their greyhounds as companions and seek to act in their best interests. However, there are trainers who use the canines as profit-generating machines and do not consider the wellbeing of the dogs. This is where the cruelty aspect of the sport trumps its cultural importance.

With every positive characteristic of greyhound racing, there are equal parts detriment. Each year in Australia an average of 20,000 greyhounds are bred for the sole purpose of racing, and almost half of the pups never make it to the racetrack because they are too slow. These greyhounds are declared ‘retired’ and put to sleep. The animals that do get to race are not entirely better off. When competing, the excitement and adrenaline and fast-paced atmosphere can lead to injury on the track - in many cases, dogs breaking their legs. These greyhounds are also considered redundant, and as a result, are put to sleep. 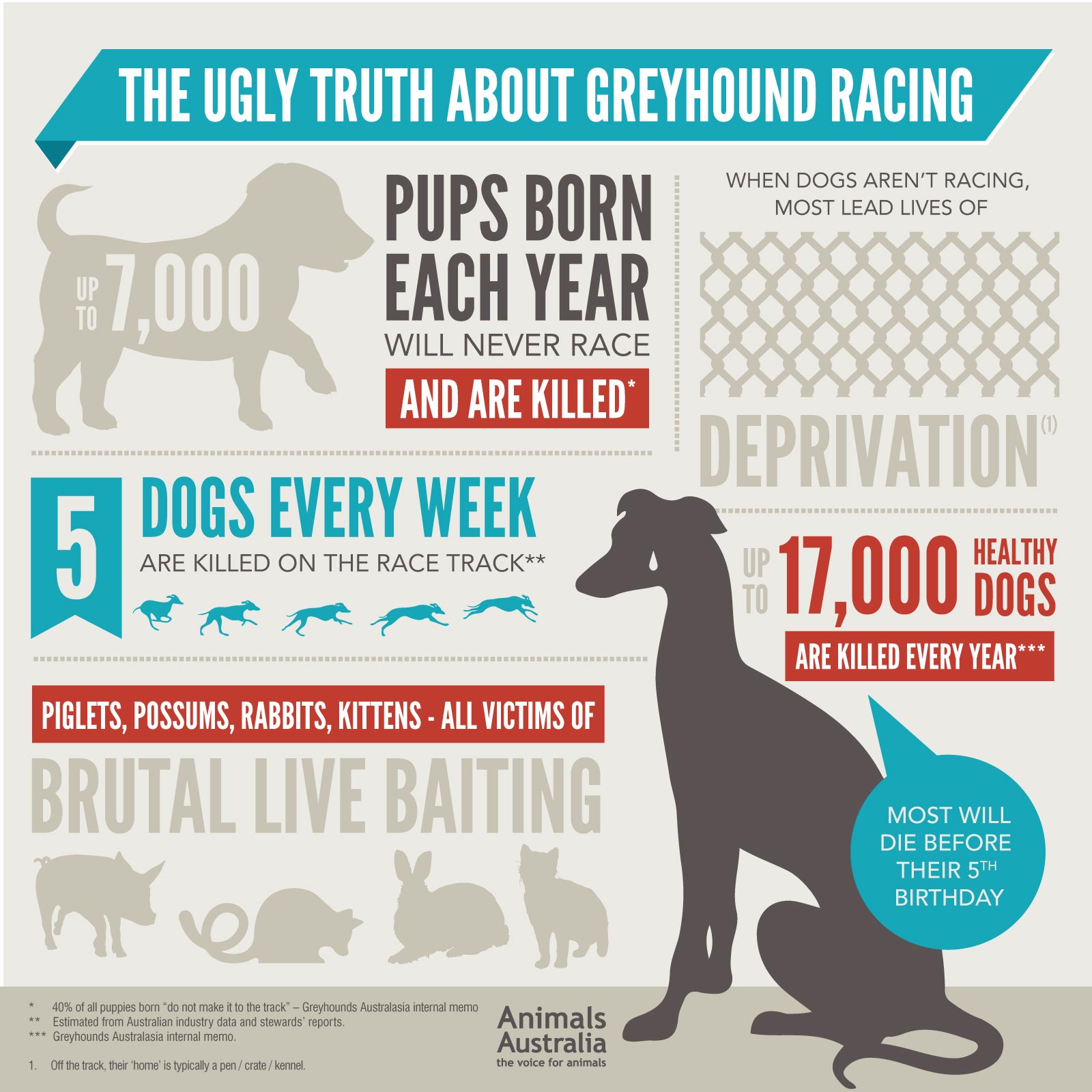 The argument of animal cruelty is not only limited to the greyhounds, but to the animals used in training the canines. The exploitation of live animals has been declared illegal, however, many owners prefer this training method over the use of robotic bait. Why? Because it provides the greyhounds with a competitive advantage. It has been proven that the dogs who are baited with live rodents - the sight of the struggling animal and its potent scent, activating the primal instinct within the dog - allows them to perform better than the greyhounds trained to chase mechanical bait. This cruel practise is known as ‘blooding.’

Making a Killing is a Four Corners episode that investigates the cruelty imposed on and off the track by the greyhound racing industry.

What can be done to help these animals? Adoption - this at least ensures some greyhounds are rescued from being put down. Instead of purchasing a window puppy at a pet shop, adopting a greyhound is an equally viable option. Contrary to popular myths, these canines are one of the easiest dog breeds to look after. Greyhounds do not need a lot of exercise! Though the animals are bred for running, they can just as easily lounge around on a couch. Greyhounds are fast but do not have a great deal of stamina, which means they do not need to be excessively exercised. Another myth to be debunked is that greyhounds are vicious animals. They’re not! This dog breed is as gentle as their owner - that is to say, if the master correctly nurtures their pet, there is no reason for the greyhound to be vicious. The only reason you may see muzzles around the dog’s snout is simply because it is law. Some states in Australia, for example, require greyhounds to wear the muzzle in public areas. Whilst they may look like great guard dogs, in this instance, the bark is much worse than the bite.

So the question of culture vs cruelty can be decided by you. Are centuries of culture worth erasing for a breed of dog? What could be the possible repercussions of banning the sport? Does the wellbeing of the greyhounds transcend our desire to participate in the sport and gambling? Or maybe, is it possible for the two to coincide - for greyhound racing to remain embedded in our culture without causing detriment to the animals involved?