November 2016: Risesponding on Abstaining from Voting 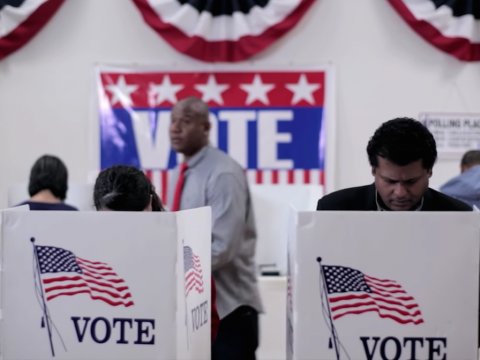 The topic for this month is not voting.

Amelia F: Voting has the potential to shape a country, for better or for worse. One of our fundamental civil rights is the right to vote, steeped in a deep history of marginalized people being denied it and campaigning for it. And the very reason they were denied the vote is because they weren’t allowed a place in the government or policy-making of their country. This itself exemplifies how important your vote truly is. Having said this, it is hard not to be disillusioned when all parties seem to be the same; when, no matter what, the country remains on the bad side of history. Not voting, I believe, is not a result of laziness or ignorance, but a result of disenfranchisement, and I don't think the solution is to attack non-voters. I do, however, believe that every vote counts - the very slim margins by which Brexit was passed and Trump won presidency showcase this. And, in both these cases, much of the population decided not to vote. I do wonder, if these people had voted, what the outcome would have been - and I also believe that, in order to have a truly democratic nation, you must vote, even if you decide to just spoil the ballot.

Sam F: At the end of the day, if an individual really doesn’t care about the outcome of a given election, then certainly they’re allowed to not vote and I would be more than willing to respect that, but in most situations, this is not the case, nor the right time to abstain. At the basis of this idea is one core principle to me: if you don’t vote at all, you’re giving up your right to complain. Wishing for and subsequently granting a certain party or ideological mindset positions of power within the government relies on the national electorate themselves, and when portions of that electorate opt out of the opportunity to tell the government what they want, their privilege to voice complaints about the outcome is lost. Many will then realize that they did prefer one candidate over the other all along, and regret their decision not to vote. In my eyes, the act of voting can also depend on which candidates are in the running, and the closeness of an election. If someone with very harsh, detrimental views is in the running, versus a candidate with considerably more political affluence, positive public opinion, and an overall more modern, beneficial policy agenda, then I do believe that it is extremely important for that protest voter who does not particularly care for the outcome, to at least cast a ballot for the safer, positive choice in the situation.

Rue Z: I am in 8th grade. My time to vote won’t come until after the election of 2020. Hopefully there will be someone else in office at that point. A woman. An African American. Anyone else. But I will vote, make no mistake, because voting is the epitome of adulthood, of democracy and America, it is the most sacred right we all have. I have met many who do not partake in voting, especially over the course of our most recent election, and I felt frustration. Yes, we are allowed express disdain towards the candidates, and yes we are allowed to be angry, to feel as though nothing will amount to progress, but we must still let our opinions be heard. Because of the choices made by many, we now have a tyrannical orange faced ogre in line for the next 4 years, and it is a frightening time. Young people don’t see the point in voting, and that may be just as frightening. We must stop taking our voices for granted. We must rise against the views of our racist, xenophobic ancestors. Voting is casting your democratic right as a citizen, and when you don’t vote, you don’t care. Even of the candidates aren’t favorable to you, I would argue that one is always better than the other. So please, vote, speak, act. That is the only way we can be a United people.

Jinny L: Choosing to vote or not to vote is a right and a choice that one is allowed to act upon. However, the fact stands that some one else’s vote will still count, whether or not you choose not to vote . Subsequently, this means that with an outcome ruled by votes, by not voting, one has their opportunity to make a difference and given that up. Voting is a privilege that affects everyone, whether or not you’re stuck between a tough decision, one’s vote or lack of vote will affect everyone. In relation to a vote impacting others, I think one of the most important things is to think about the betterment of society rather than yourself. Who’s life are you going to change with your choice. If you can't find yourself making a decision, think about someone else who your vote will affect. The youth’s future are put into the hands of adults and thus forcing us to depend on people that we hope will make the right decision.

Alexis D: I could never imagine not voting. My parents are very firm on the fact that voting is not a right, it's a responsibility to ensure that our country's leaders are the best for the people. On most levels, I agree. But I don't believe that voting a responsibility as an individual, but as a nation. I believe that you should vote not only with yourself in mind, but with others in mind, too. Whoever is elected is not going to affect only you, but a whole community, and that's something to keep in mind. Your vote (or lack thereof) could guarantee a life of suffering for someone else, and that person doesn't deserve to be affected like that because you felt that both candidates were terrible. Regardless of which candidate is worse to you, which candidate will be worse for marginalized groups? You aren't the only person you should vote for; you should vote for the nation and its future. Your vote counts for others who can't vote, so don't let them down.
alexis amelia jinny riseponds Ruthie Zolla sam falb voting