This month, Risen presents the first edition of The Lit Club, hatched to bring monthly recommendations and reviews of books by people of color for people of color. While there are so many talented authors out there, the majority of those praised aren't of color, so we have made it our goal to bring to light these talents. Our recommendations span different age groups and genres, so that they can be enjoyed by all readers of color, whether they be old or young. October highlights a number of important issues. In every single one of our Lit Club posts, we will be including and discussing books that touch on these monthly topics. This month our recommended and reviewed books include topics such as domestic abuse, hispanic heritage, LGBTQ+ history and more. 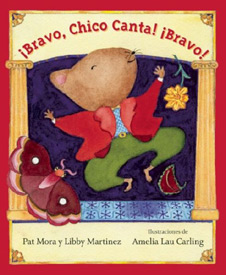 “Chico Canta, the youngest of 12, is a tiny, mischievous, fearless mouse who lives with his family in an old theater. They love to go upstairs to see the plays and echo the audience shouting, “Bravo, bravo!” as the curtain falls. Mrs. Canta speaks many languages — not only English, Spanish, and Italian, but Spider, Cricket, and Moth as well. And she encourages her children to develop their own language skills. “Bilingual, bravo!” she is always telling them. One evening, after a wonderful performance of The Three Little Pigs, the mouse family narrowly escapes Little Gato-Gato. But, undaunted and inspired by the production, they decide to mount their own version of the play. On opening night, however, it is tiny Chico who is the star of the show when he spots Little Gato-Gato in the shadows and uses his own special gift for languages to avert disaster.” - Goodreads

The Jumbies by Tracey Baptiste

“Corinne La Mer isn’t afraid of anything. Not scorpions, not the boys who tease her, and certainly not jumbies. She knows that jumbies aren’t real; they’re just creatures parents make up to frighten their children. But on All Hallows’ Eve, Corinne chases an agouti all the way into the forbidden woods. Those shining yellow eyes that follow her to the edge of the trees, they couldn’t belong to a jumbie. Or could they?Corinne begins to notice odd occurrences after that night. First she spots a beautiful stranger speaking to the town witch at the market. Then this same beauty, called Severine, turns up at Corinne’s house, cooking dinner for her father. Danger is in the air. Sure enough, bewitching Corinne’s father is the first step in Severine’s plan to claim the entire island for the jumbies. Corinne must call on her courage and her friends and ancient magic to stop Severine and to save her island home.” - Amazon 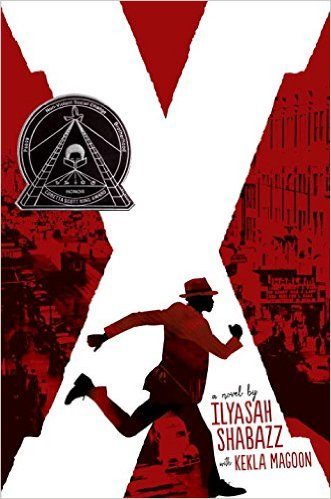 “Cowritten by Malcolm X’s daughter, this riveting and revealing novel follows the formative years of the man whose words and actions shook the world.

Malcolm Little’s parents have always told him that he can achieve anything, but from what he can tell, that’s a pack of lies—after all, his father’s been murdered, his mother’s been taken away, and his dreams of becoming a lawyer have gotten him laughed out of school. There’s no point in trying, he figures, and lured by the nightlife of Boston and New York, he escapes into a world of fancy suits, jazz, girls, and reefer. But Malcolm’s efforts to leave the past behind lead him into increasingly dangerous territory. Deep down, he knows that the freedom he’s found is only an illusion—and that he can’t run forever.
X follows Malcolm from his childhood to his imprisonment for theft at age twenty, when he found the faith that would lead him to forge a new path and command a voice that still resonates today.” - Goodreads

The Accidental Native by J.L. Torres 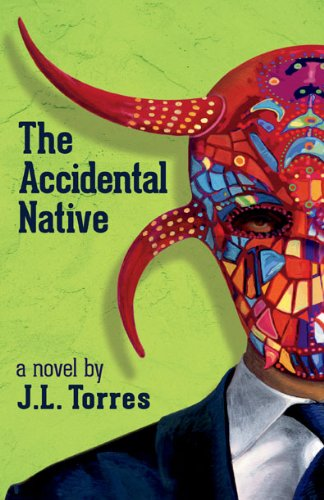 “When Rennie's parents die, he does what they would have wanted and buries them in Puerto Rico, their homeland. There, he's shocked to discover that the woman who raised him was not his biological mother. A high-powered attorney, his birth mother Julia is determined to reclaim the son she gave up many years before. Adrift, with no family and haunted by memories, Rennie is swayed by Julia's constant pleading that he moves to the island. A teaching job in Puerto Rico decides it, and he finds himself flying "home." Once there, he must deal with Julia's strong-willed nature, a department chair not thrilled to have a Nuyorican on staff, squatters living in his house and a lover anxious to settle down. Most disturbing is the rumor that numerous people are dying from cancer because the campus, a former U.S. military base, is full of buried munitions.Rennie soon finds himself working to expose the government's lies, though he risks losing his job, his home and even the woman he loves.” - Goodreads

Benjamin Alire Sáenz’s YA book, Aristotle and Dante Discover the Secrets of the Universe, stars two fairly different teenaged Mexican-American boys in El Paso, Texas, who befriend each other and form an important bond. Set in the 1980s, this book follows the growth of their friendship as they face issues such as sexuality, Mexican-American identity, hate crimes and more.

This book was wonderfully written with beautiful and realistic characters and situations I, personally, could relate to. The portrayal of family, relationships between parents and their children and the troubles that may separate them (ex: Dante’s older brother in jail, Dante’s father's past in the war) were all so realistic and well executed in this novel. There may have been little bouts of transphobia from the characters parts in this book, but was an overall pleasant and well thought out read. 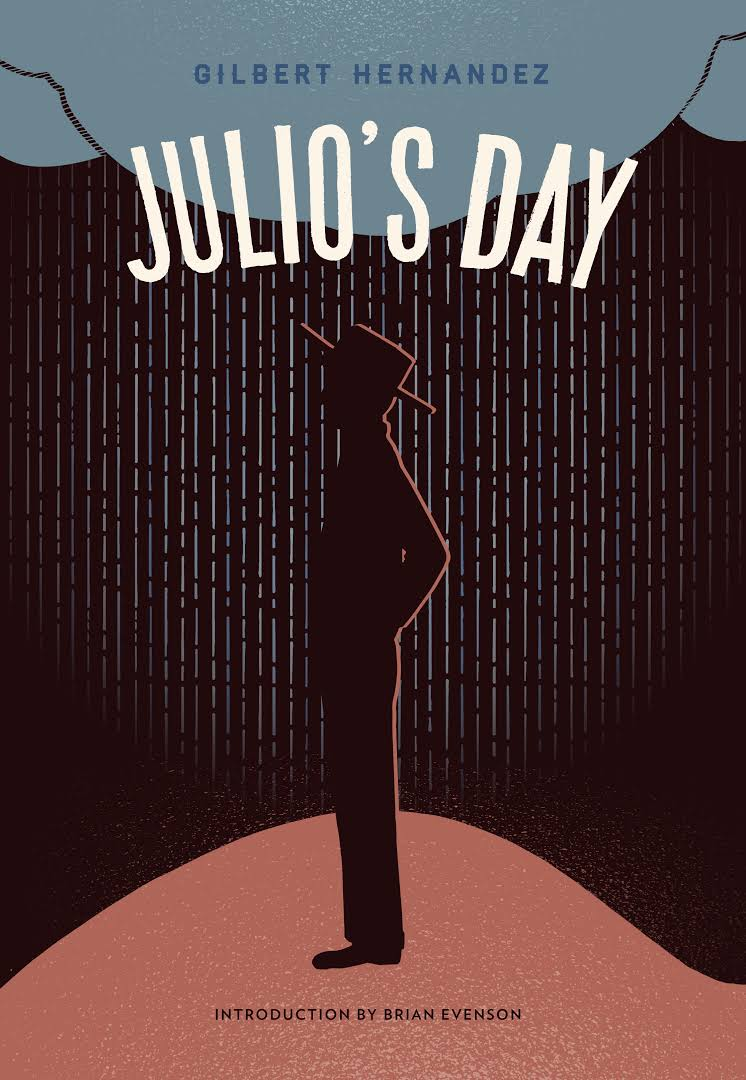 Julio’s Day by Gilbert Hernández is a graphic novel with Julio as the lead, born in 1900, and the book spans his life through the entire 20th century in 100 pages. This intricate novel that had been originally part of Hernández’s Love and Rockets series, was republished, renamed and completed in 2013 and deals with family, sexuality, child abuse and more.

This book may star a Hispanic family, but it's not as important a topic in the book as the graphic novel presents a small amount of dialogue, and didn't seem to be one of the main points of the book. We also follow him through the years with minimal hints to the year and little to no distinction between Julio’s dreams and  reality and Hernández’s characters. Hernández clear point in this graphic novel was not tell a story, but to show us one, and he executed that wonderfully. Hernández’s style is very particular in this book, minimalistic in art and dialogue, and may put off some people, but I truly enjoyed piecing together what he didn't tell his readers and the simple, yet effective art style used in this novel.

The Colour Purple by Alice Walker

When Celie’s father tells her that she mustn’t tell anyone but God about his abuse, she takes his instructions literally and turns to God in the form of letters. Alice Walker’s The Colour Purple is narrated by Celie through these letters to God; she writes of the abuse she faces at the hands of her father, and then - later on - her husband Albert. The Colour Purple is deeply painful, but often spiked with hope. Chimamanda Ngozi Adichie describes the book as a ‘lush celebration of all that it means to be female, to be a black female’ - Celie’s strength throughout the losses she faces is a feat of epic proportions. Believe me, you’ll cry with her when her children are taken away from her and she is separated from her beloved sister, Nettie.

Alice Walker manages to write so honestly that it’s often difficult to grasp the concept that this novel is a work of fiction. Unexpectedly, Walker challenges traditional gender roles in a book set in the Deep South. Somehow, she manages to keep The Colour Purple from being too disheartening: there are definitely moments of humour and pure human joy throughout the book, making it a bittersweet read.