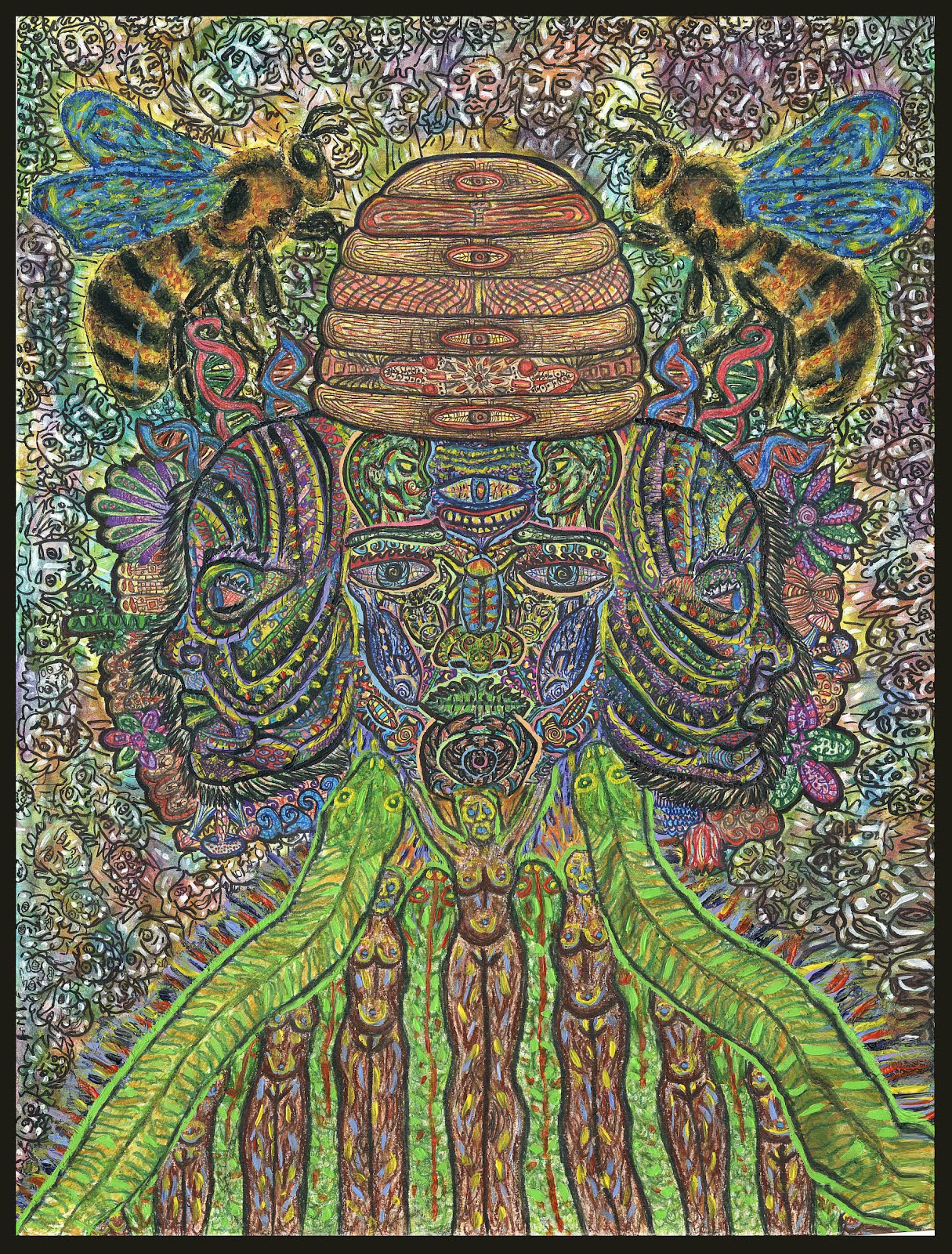 I recently finished reading a nonfiction book called The Great Cosmic Mother, written by eco-feminist Monica Sjöö (with help from Barbara Moor). It was incredibly eye-opening, outlining the foundation of human culture up to modern time. Using archaeological evidence and references to everything from the environment to different religions and biology, it explains how human culture began with a natural connection to the earth and all life inside it, as well as the appreciation of women.


To summarize the book: before patriarchy, there was matriarchy - a time much more abundant in spiritual, emotional, and intellectual harmony. Life was a sacred entity regularly celebrated in rituals, and the earth was worshipped as a goddess for at least the first 200,000 years of human existence.

Animals were killed sparingly and rituals were held honoring the animal’s spirit. The book affirms that 75 to 80% of the food were provided by the women’s gathering activities. They conquered the diligent task of discovering the specific uses and characteristics of plants - which ones were edible, poisonous, had healing or hallucinatory effects. The men, however, were isolated for long periods of time and weren’t required to arduously differentiate animals, which were easy to tell apart.

The Great Cosmic Mother puts special emphasis on women’s natural processes celebrated as mysterious and sacred phenomenons - men would even hold ceremonies in which they imitated the processes of menstruation and birth to try to reach the spiritual capacity that women could possess. Having complete control over their own bodies, these women learned how to use resources from the land for healing, contraception, and pain during pregnancy.

In addition, there was a strong sense of sexual liberation; ancient cave paintings and artifacts depicting intersex goddesses, men in women’s clothing, homosexuality, and even men buried as women have been found throughout African, Asian, and European civilizations.

This was a time where all life - including the animals and land - were preserved and respected, guided by women of color before the rise of male gods and dominance.

The ancient goddess culture is periodically ignored and deemed as a myth by Western male historians. History books are predominantly filled with perspectives from white males. The media and education is controlled by a patriarchal government, and, as The Great Cosmic Mother especially reveals, thousands of important books and knowledge burned throughout the 300+ years of Inquisition and witch hunts; so much on women’s foundation of human culture has been repressed.

Fortunately, there has been a gradual increase of passionate archaeologists and feminists like Monica Sjöö who are further exploring the history of women in human existence, and reconnecting with their own wisdom and consciousness that has been repressed. This illustration is an acknowledgment of those early cultures and a plea to once again honor the women of color who created them; we will not heal as a society until we listen to and learn from those women, and provide them a space to revive their innate wisdom of the earth. 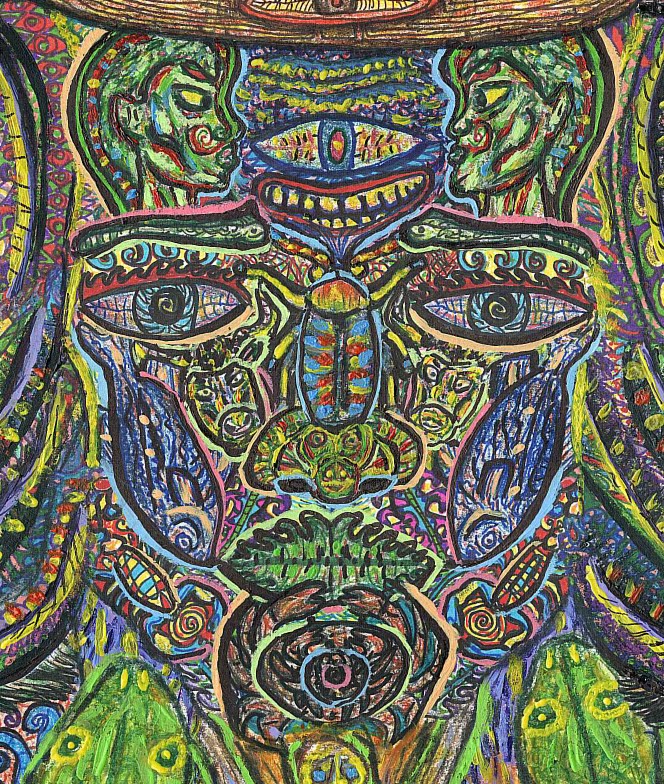 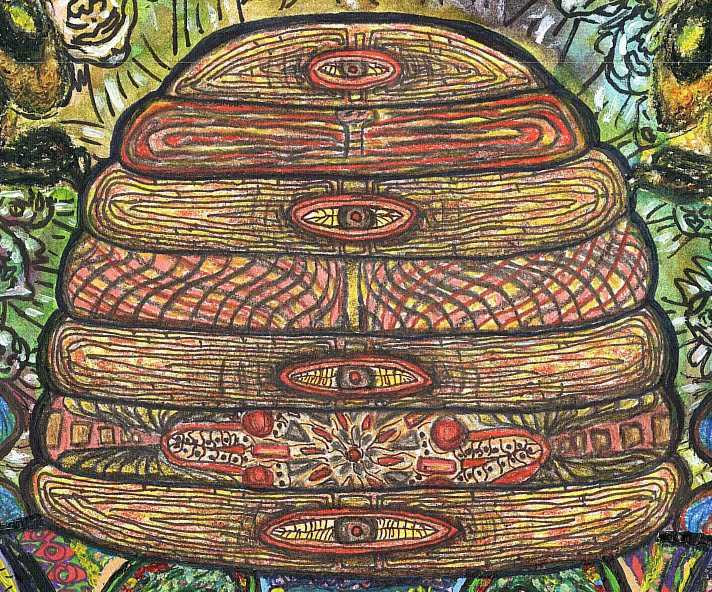 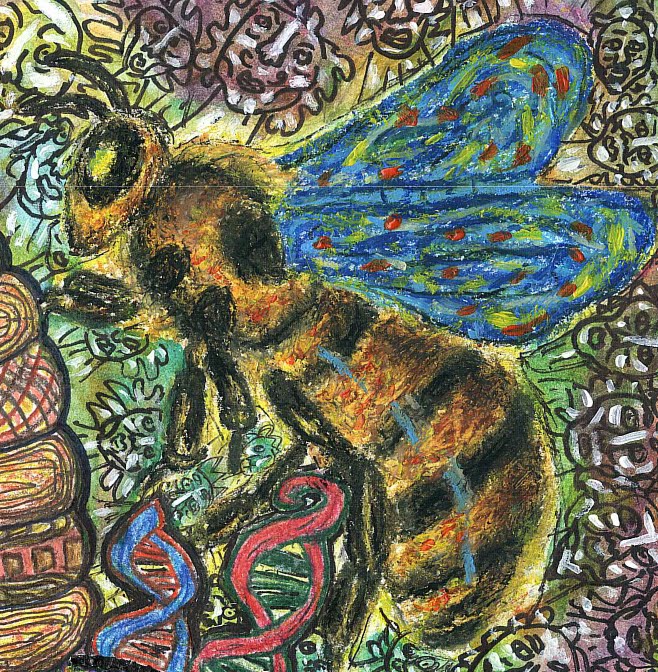 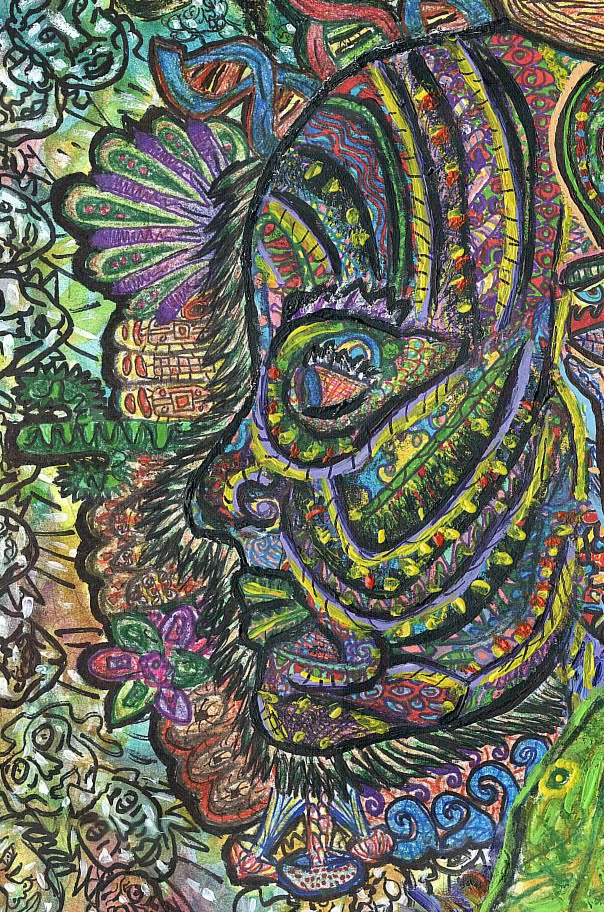 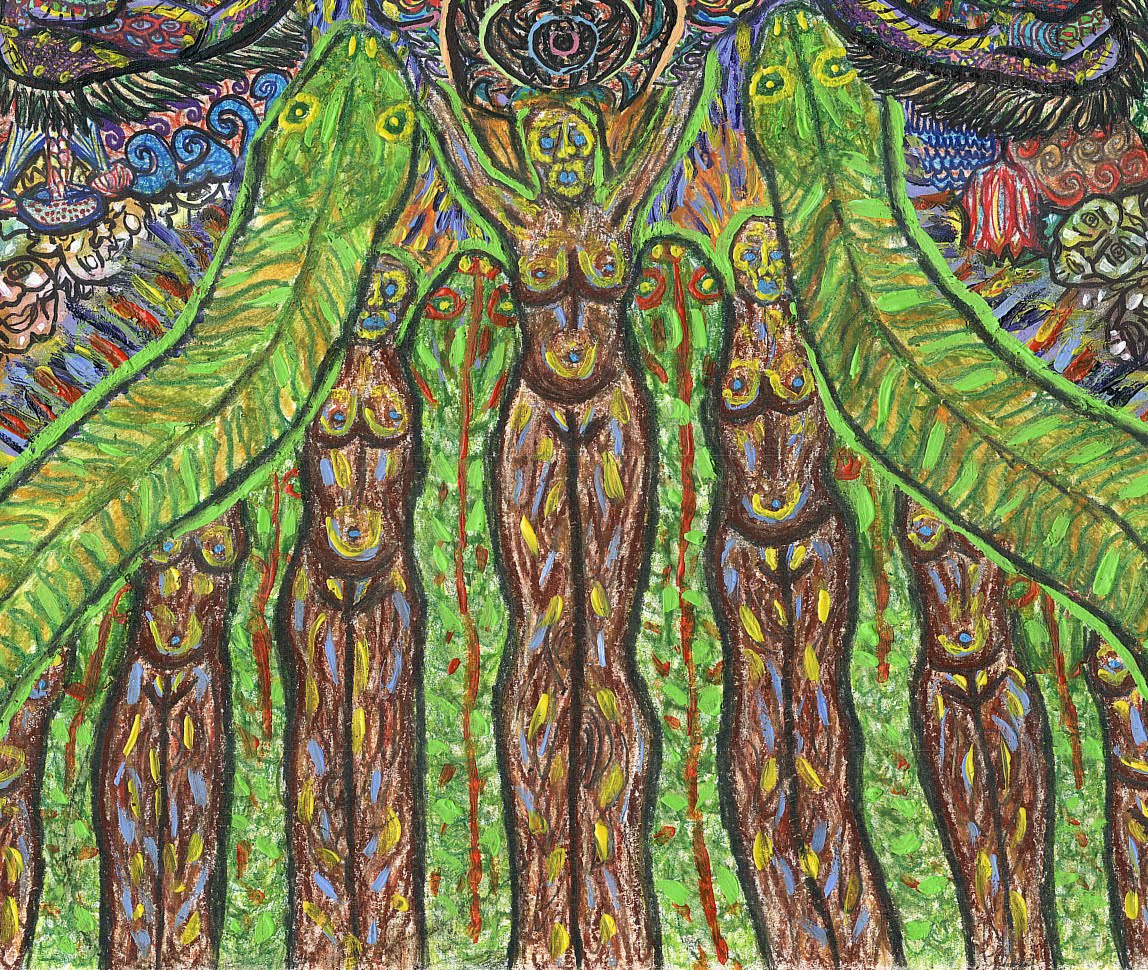