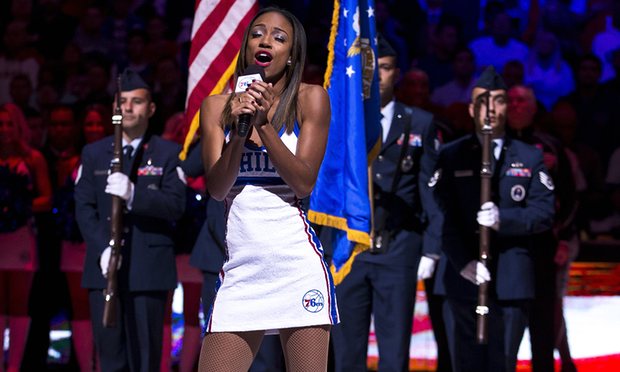 Sevyn Streeters had been scheduled to sing the national anthem before the Philadelphia 76ers game on Wednesday night, but her performance was cancelled minutes before she was due to sing because of her ‘We Matter’ jersey.Streeters - an R&B singer-songwriter who has written hits for Chris Brown and Ariana Grande - wore the jersey to show her support for the Black Lives Matter movement.

"Was suppose to sing the anthem at @sixers & @okcthunder game but mins b4 @sixers said I couldn't because I was wearing a "We Matter" jersey pic.twitter.com/wjoJN3rq0r"
— Sevyn (@sevyn) October 27, 2016

Sevyn tweeted a ten-second video while wearing the aforementioned jersey, stating that ‘the organization said’ that she wasn’t allowed to perform because of the message on her jersey. In an interview with The Associated Press on the day of the game, Streeter said that she was never given any kind of dress code or asked beforehand to show her wardrobe. Sevyn said that she was extremely angry, disappointed, and "honestly brought to tears" because she had been looking forward to performing. A member of the Sixers dance team sang the national anthem before the game instead.

The Philadelphia 76ers declined to state the exact reason for cancelling the R&B singer’s performance. According to CBS's Jan Carabeo, however, Sevyn had signed a contract prohibiting political statements, and was offered an alternate shirt and song. The Sixers issued the following statement in response to Sevyn’s tweet:

"The Philadelphia 76ers organization encourages meaningful actions to drive social change. We use our games to bring people together, to build trust and to strengthen our communities. As we move from symbolic gestures to action, we will continue to leverage our platform to positively impact our community."

Twitter users reacted in a variety of ways to the incident: 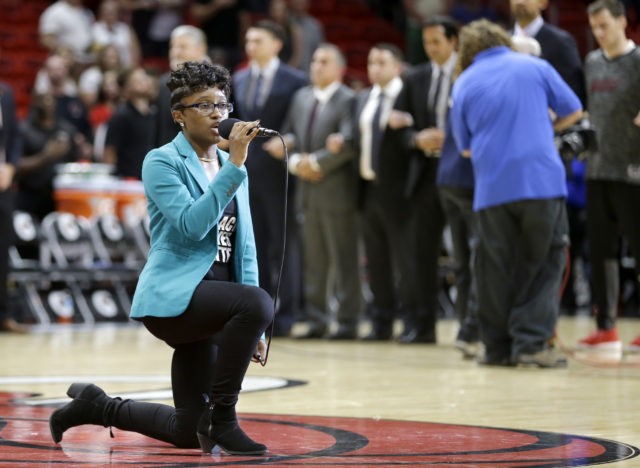 Political statements surrounding the national anthem before sport games have been occurring more and more frequently within recent weeks: the Black Lives Matter Movement has definitely raised questions about censorship within American sport, and the USA itself. On the 21st of October, Denasia Lawrence knelt while singing the American national anthem at a basketball game between the 76ers and Miami Heat - as she sang, Lawrence opened her jacket to reveal a Black Lives Matter shirt. Colin Kaepernick’s initial decision to sit out during the American national anthem has sparked various other protests (of racial injustice and police brutality) through sport, from high schools to professional NBA games.

Sevyn Streeter’s own words in her statement to AP feel almost haunting in the lead-up to the presidential election on the 8th of November: ‘Yes, we live in the greatest country in the world, but there are issues that we cannot ignore. This can’t be ignored.”
black lives matter blm censorship cia colin kaepernick currentevents denasia lawrence national anthem sevyn