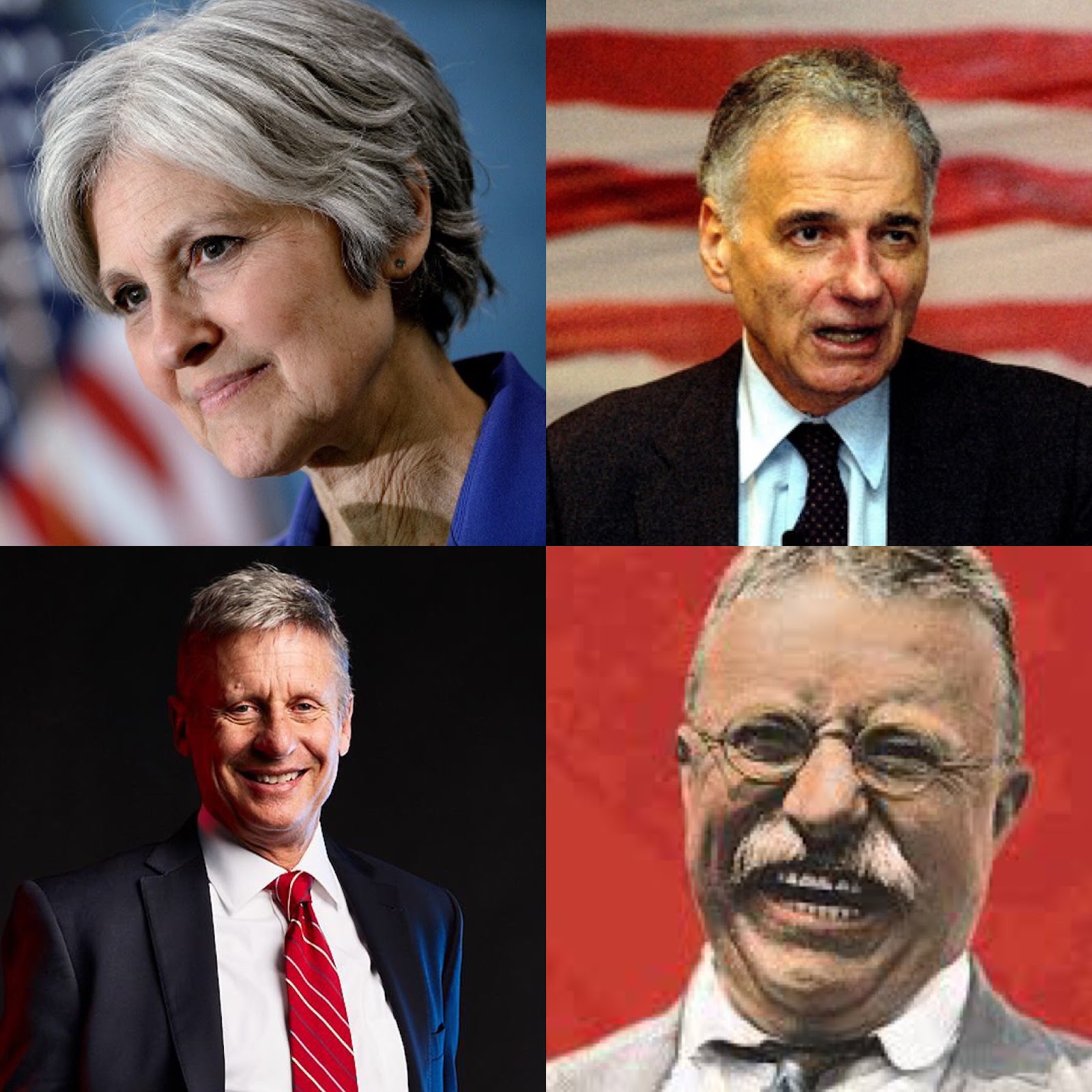 Riseponds is a series where a group of Risen members are picked not based on viewpoints but solely by "first come first serve” basis to speak on a topic that they're passionate or apathetic about. The randomness serves so readers can get different viewpoints from different people with varied experiences or similar perspectives from With the randomness comes the surprise of how contrasting or similar Risen members think when it comes to a certain topic. This month, the topic is the third party candidates (Jill Stein of the Green Party, Gary Johnson of the Libertarian Party) of the 2016 American presidential election.

Background: For readers outside of the United States, the following is provided to make some sense of the prompt for this month, and the American government’s orientation. If you have any further questions or inquiries, definitely feel free to send them in and we’ll do our best to answer!

The American political system has worked under a “two-party system” almost since its inception. Within the two houses of Congress (the House of Representatives and the Senate), politicians and the president almost always use the party identification of either of the two most popular parties, for almost the entire last century and the early 2000s being Democrat or Republican. Third parties, on the other hand tend to represent less-popular views, extremes, or a preference in pushing specific policies to the forefront. Examples include the environmentally inclined Green Party, the personal-independence driven Libertarian Party, and America First, an isolationist motivated party. Without one of the two major parties’ association, not only is being elected especially difficult due to the mass followings of these parties by the American public, but identifying outside of these groups highly limits one’s powers and abilities within the Senate and House of Representatives. In addition, a suggested critique of third-party candidates is that they potentially have the power to divert just enough votes to draw the focus away from the most popular candidate, while then unwittingly carrying the second most popular candidate to victory, without success of their own. However, third-party candidates can also rock the boat and create real change in American politics. For example, Abraham Lincoln was a third-party candidate in the 1860 election, at the cusp of a war that would change the makeup of the United States forever after.

Claire: While I believe it is important to have a candidate who one can support and admire, I believe there is too much at stake this election to vote third party. They are often used as protest votes, but I think it is too dangerous to vote on a third party candidate. I live in the Pennsylvania suburbs, which is predicted to have a heavy impact on this election, and I strongly oppose the signs I see supporting third party candidates. Also, in this specific election, the third party candidates are not as great as their supporters believe. Both Gary Johnson (Libertarian)and Jill Stein (Green Party have plans riddled with holes and risks, and it seems to me they are held at a much lower standard than the other two candidates.

Sam: In this particular election, I do not think third-party candidates should participate. In other elections in past years and surely in the future, situations will arise where the third party candidates gain much notice from the electorate and are able to substantially affect the election’s outcome. However, in this election the stakes are too high to chance the situation wherein Jill Stein or Gary Johnson draw away too many electoral votes to bring Donald Trump to victory, when in reality, Hillary Clinton would have received those diverted votes and become the 45th president.

Dajiana: While many people may not like either Clinton nor Trump, voting for a third-party candidate in order to not have to “vote for the lesser of two evils” is essentially throwing a vote away, as it only divides voters. Additionally, many people are uneducated about the actual third party candidates and decide to vote for them without fully understanding their stances. After taking a closer look at the two third party candidates: Jill Stein of the Green Party and Gary Johnson of the Libertarian Party, it seems that neither of them seem to be ideal presidents. While many supporters of Bernie Sanders are considering voting for Johnson, who claims to be on the same page as Senator Sanders “on about 75 percent of what’s out there,” he undoubtedly has many different stances and opinions as Sanders, especially when it comes to the economy. For example, he opposes corporate taxation and supports privatized health care, two stances which align closely with core Republican values. While Jill Stein has views more similar to Sander’s, many of her ideas are incredibly unrealistic, such as her plans to cut military spending by 50 percent and close over 700 foreign military bases as well as moving to 100% renewable energy by 2030 (while ditching nuclear). Ultimately, it is divisive and unrealistic for Americans to vote for third party candidates, who may not even be any more capable than Trump or Clinton as president.

Sharon: I do not reside in the United States, but the upcoming elections are being televised worldwide, so I know enough information about what's going on to summarise that two of the most unpopular candidates are running for office, and a third party candidate being added in is not of much help. Implementing a third candidate into the already unruly elections does nothing useful, it just divides and diverts the votes, and there is virtually no way possible that they’d be able to win; with a lot of the population reluctant to vote anyways,.

Amy: America is part of a two party political system designed to make it impossible for third parties to hold the presidency. The two major party platforms often do not fully represent and speak for  citizen's views, which is when third party candidates become appealing. Third parties play an important role in challenging the American political system and provoking change, but voters must understand the effects third parties can have. For example, the spoiler role. The spoiler role means that voting for third parties takes away valuable votes from major party candidates. When voting in the upcoming election, it is critical that voters understand that a vote for third party candidates such as Johnson is like a vote for Trump. While it may be frustrating to vote for the lesser of two evils, if you want to prevent Trump from taking the Oval Office, voting directly for Clinton is the only way to go.