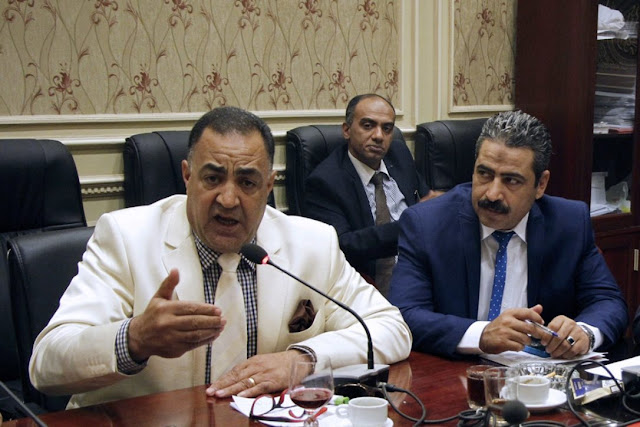 This past week, a member of the Egyptian Parliament, Elhamy Agina, who proposed that women should undergo female genital mutilation in order to “reduce their sexual desires” to match that of Egypt’s “sexually weak” men, is now calling for female college applicants to prove their maidenhood in order to be eligible to receive a higher education.

“Any girl who enters university, we have to check her medical examination to prove that she is a Miss,” Agina said to Egypt’s Youm 7 newspapers, by the direct translation of Egyptian Streets news.

According to his logic, the virginity tests would reduce the number of Urfi marriages, which aren’t traditional marriages that are officially registered with the authorities but are performed by a priest and require just two witnesses. Since sex is forbidden before a traditional marriage, Urfi marriages are a way for more modern couples to avoid shame. He added that if a woman "fails" the virginity test, her parents would be notified immediately.

The entirety of this proposal is unfitting in all aspects. It’s not hard to identify that Agina’s law is pretty humiliating and equally violating of basic human rights. Forcing women to undergo a test in order to prove their virginity and threatening the right to an education is sexist, and an outright breach of women’s autonomy.

To begin with, the old school myths of female virginity such as the hymen breaking when a woman first has sex or a woman’s vagina becoming “loose” after sex aren’t even valid indicators of sexual encounters. Most women, surprisingly enough, break their hymens long before they have sex, mostly from some sort of physical activity and rough childhood play. Furthermore, refusing a woman's right to her education all because she has had sex truly exhibits the ongoing struggles that women around the world continue to endure when it comes to seeking an education.

Providing girls with schooling, especially within developing countries, overall helps break the vicious cycle of poverty. Educated women are able to make defining choices that can help them and their families reach their full potential; come less likely to marry at an early age and against their will, less likely to die during childbirth, to earn a job and receive an income, and to most likely send their children to school. Encouraging the prevention of poverty through gender equality will benefit not only the children today but children for many generations to come. To allow a lawmaker to prohibit this from happening, to demand control over one’s own access to further education that can considerably eradicate poverty is unacceptable, especially based on the grounds of sexual experience.

For Agina to say that “no one should be upset by this decision” is degrading on many levels, although it is not surprising given his previous acts, including the approval of female genital mutilation and of drowned immigrants who "deserved to die".

Parliament is in the midst of reviewing Agina and these comments that he has made during the last month but he still has a great chance to win over conservative Egyptians with his ideals. Within his interviews, he urges other lawmakers as well as the country’s colleges and universities, to stand by virginity tests, and that he hopes that Egypt’s Higher Education Ministry will put him in control of reviewing all virginity tests prior to University acceptance.

It is frightening that a man with such public power, with a large following, is planning on pursuing damage to the women of Egypt. We can only hope that as the world becomes more aware of Agina and his implementation of violating the most basic of human rights, that people will stand up to such unjust, and male chauvinism at its absolute worst.