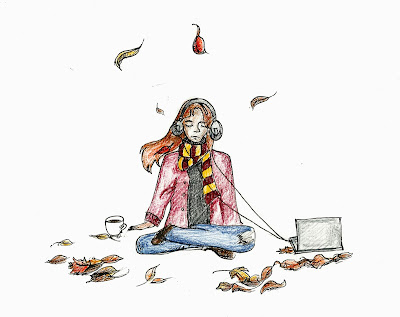 
Riseponds is a series where a group of Risen members are picked not based on viewpoints but solely by "first come first serve" to speak on a topic that they're passionate or apathetic about. The randomness serves so readers can get different viewpoints from different people with different experiences or similar perspectives from different people. With the randomness comes the surprise of how contrasting or similar Risen members think when it comes to a certain topic. This month, the topic is the music streaming service Tidal and it's exclusivity.

I do not think Tidal is too exclusive. While the music-streaming service has exclusively held released-albums such as Kanye West’s The Life of Pablo and Beyonce’s Lemonade for periods of time, the service itself does not stray too far from the commonly walked path of the music-streaming industry. Creating a Tidal account includes a payment of $9.99 per month for access to tens of millions of songs and while the service does offer a $19.99 per month account for users wishing for higher quality sound, the general pricing that the common consumer is bound to purchase is the same and offers a very similar music range as one would find with Apple Music or Spotify. In these ways, Tidal simply presents itself as just another player in the ever-evolving field of music-streaming. It certainly does offer exclusive options such as high-quality sound and early access to some artists’ albums, but at the end of the day these are fairly minor components that the average listener is not bound to change their mind over.

When creating Tidal, Jay-Z preached about returning the respect back to the music industry. Tidal is supposed to represent the hard work put into the music produced, and it comes with a high price tag. It also poses a new fence around the work that is released through Tidal. It is making it increasingly difficult for the audience to gain access to music, which to me, means more exclusivity. How am I, a teenager who works at a tiny snack bar, supposed to shell out that kind of dough, and still keep up with the current trends?

Tidal goes against what I believe music stands for. To me, music is an opportunity to unite everyone, and give people a chance to bond over a mutual love for a song or artist. This is impossible for me to do (assuming I don’t illegally download a song) without seriously denting my wallet. However, I do believe Jay-Z’s message should be spread. Society is losing respect for creatives, may that be writers, musicians, or visual artists. We expect everything to be free, but those creatives are the ones who pay for the luxury. I believe that if  we could find a middle ground, we could go forward. Seeing as I don’t know much about the background business of the music industry, I am not sure what that might look like, but I do believe that a discussion should be started.

Tidal is not really a game-changer in the music industry. From Google Play to Deezer to Spotify, Tidal is just joining the great but fiercely competitive brotherhood of music streaming channels. Tidal boasts its library of lossless audio files and curation of cherry-picked playlists. I mean it sounds great (pun intended), but the price…not so much. The problem with their fully-paid 20 USD/month1 subscription (with questionable2 ‘high-fidelity’ music) is that it creates the barrier of exclusivity.

A majority of the population, mainly the youth, are not willing and/or capable of handing out such a big sum every month. Comparatively, Spotify does seem more affordable--and with quality to match. The Swedish streaming platform has various packages3 to cater to different groups of people much lower than what Tidal offers.

In this day and age, every artist wants to gain as much of a fan-base as possible to get their music heard, and exclusivity will just hinder that from happening. Understandably, when it comes to money, artists should not be short-changed for their work, and I am not saying Spotify is perfect4,5, but people are still willing to pay to stream music6, just not at Tidal’s rate.
Sources:
1.       https://support.tidal.com/hc/en-us/articles/201745891-How-much-does-TIDAL-cost-
2.       http://gawker.com/tidal-atry-my-tortuous-trial-with-jay-zs-overpriced-sp-1697023467
3.       https://support.spotify.com/us/account_payment_help/subscription_options/subscription-levels/
4.       http://www.hearya.com/2012/11/28/david-macias-enlightening-letter-on-spotify/
5.       http://www.theverge.com/2015/12/7/9861372/spotify-year-in-review-artist-payment-royalties
6.       http://rockonomic.com/2015/01/19/wayback-machine-why-music-service-prices-are-falling-and-cant-get-back-up/

Apple Music, Google Play, Spotify, and Tidal are just a few of the music streaming services available on the internet, but are undeniably the most well known, and potentially the most debated. Some argue that Spotify and Apple Music don't pay their artists enough. Others argue that Tidal is too exclusive. Tidal may be expensive, but it does not make music exclusive. Music is not a necessity, and there are many other outlets for listening that are free. If you have a free Spotify, you may miss out on a few Beyoncé songs, but you'll be connected to a lot more music. The only thing that artists are doing by creating services such as Tidal is removing themselves from the easily accessible. That means that people will listen to them less, and also purchase their music less. Who would want to pay $9.99 a month on Tidal for the ability to purchase music when $9.99 on Spotify can do so much more?