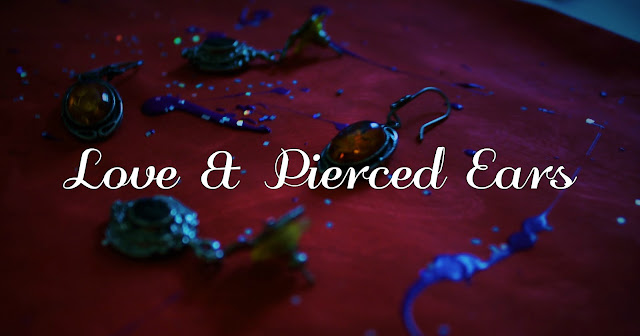 I have had my heart broken as many times as I have had my ears pierced – twice.
Each puncture was just as painful, and both times just as beautiful.
The first was a stud. A gem embedded in the center and accented with gold hardware.
I read online about how to take care of my new novelty – to touch it with clean hands and to be careful not to snag it on other items.
I flaunted it, tucking strands of hair behind my ears just to show the world that I was grown up.
But over time, it caught an infection.

No matter how many antibiotics I fed myself in an attempt to undo the damage, it would not heal.
With reluctance and more misery than it took to acquire the novelty, I removed it.

My body ached and my skin bled, but it would eventually mend itself.
The second time I allowed a foreign object to make its home on my being, I told myself it would be worth it.
The gem  was not placed in the exact same spot the first had been, but that did not mean it was any less breathtaking.
This one remained with me for longer than the last.

I wore it to events, on road trips, and in bed.
I had become so accustomed to the feeling, I paid no attention when one half went missing.
Maybe I had lost it in the shower or on my way home, but no matter how far I retraced my steps, I could not pinpoint the exact moment it left my body.
I unclasped the other half and placed it in a box beneath my bed.
I held onto the hope that one day the missing half would miraculously return to me.
But both holes have now closed up, and all that is left is a faint scar and an indent in my skin – serving as a reminder of what was once rooted there.
cece liv love loveandsex poem poems poetry