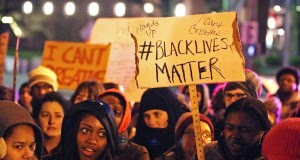 On the evening of September 14, 2016, 13 year-old Tyre King was shot by officer Bryan Mason in Columbus, Ohio. The situation began when the police were out searching for a group of people who had reportedly tried to rob someone. The reporter described the robber as a “black boy in a hoodie”(Chirbas). After the call was made, officers saw three men walking the streets with the same description and proceeded to try to speak with them. All three of the boys complied with the officer’s orders originally but Tyre King and Demetrius Braxton then fled the scene and were chased by the officers throughout the alley.

Police say that when they attempted to take said boys into custody, King pulled a gun, described by the reporter as a replica of a Ruger 1911-style handgun, from his waistband (Chirbas).It was after this, that the officer shot King multiple times. He was taken to the Nationwide Children’s Hospital and pronounced dead at 8:22 p.m.

Braxton, the 19 year old boy that fled with King, stated that he, King, and the other boy they were with had robbed somebody (Stanglin). The officers involved in the shooting are receiving the required psychological support counseling and being placed on paid administrative leave. King’s family stated that they were going to engage in an independent investigation of the shooting. There were no body cameras being worn at the time although 30 of the Columbus PD’s officers began testing out the cameras last month. The police department has said that the camera’s will be fully implemented by the end of 2016 (Chirbas).