Feminism in Disney: Because Not Every Damsel Needs Saving 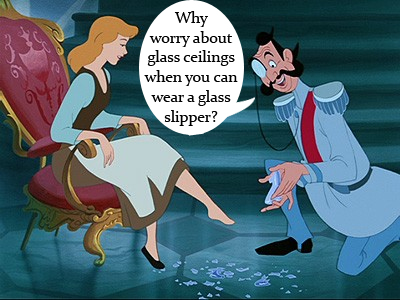 When I was younger, I remember wanting to be a princess. I remember wanting someone to come sweep me off my feet and save me from my seemingly mundane life. I remember wanting that princess kind of love: that ‘true-love’s-kiss’ kind of love, that ‘I’m-gonna-save-you-from-impending-doom’ kind of love, that ‘I-look-at-you-and-can-see-the-next-forty-years-of-my-life’ kind of love. I couldn’t exactly pinpoint why, but every princess on my television screen wanted it. I thought that I should’ve, too. But, I’m older now and I think differently. I’ve grown in ways that I didn’t think I could have, and now I’m here some years later wanting something more for myself. I’m gonna say this now: there is absolutely nothing wrong with wanting the kinds of love I mentioned previously. But for girls like me who wanted something else, there weren’t many Disney movies when I was growing up that showcased anything other than the heteronormative, stereotypical roles women were forced into.

Movies like Snow White and the Seven Dwarfs were either misogynistic (“She’s a female! And all females is poison! They’re full of wicked wiles!”) or took away a woman’s ability to think without the influence of a man. In the movie, The Evil Queen is constantly searching for male approval from her magic mirror. Snow White’s entire life is encompassed by the hopes that one day, a man will come and rescue her from her plight. Another movie that did the same thing was Sleeping Beauty:

“The greatest travesty in the depiction of women in any Disney film occurs in Sleeping Beauty. That travesty is the treatment of the Queen. The Queen...is so unimportant as to not even rate her own name. She is always referred to in third person—"King Stefan and his Queen” by the narrator, “poor King Stefan and the Queen” to quote the fairies late in the film. She is never looked at, spoken directly to, or seen in any way as having any importance other than her role as Stefan’s wife. Even her daughter is not hers; Aurora is “Stefan’s child”. She has no identity. Her sole line in the entire movie is to ask Maleficent if she is offended. The Queen, the mother, has been entirely stripped of any semblance of personage, any semblance of humanity, to become simply a vessel for childbirth or an attractive toy on Stefan’s arm.” — A Feminist Critique of Animation

Disney has certainly never been famous for its intersectionality or showcasing women outside of gender-based roles. But, since the release of Walt Disney’s first animated feature film in 1937, Disney has taken certain steps towards being more progressive and inclusive. Here is a list of princesses and movies that I personally believe showcase these steps rather well:

1. Tiana from The Princess and the Frog 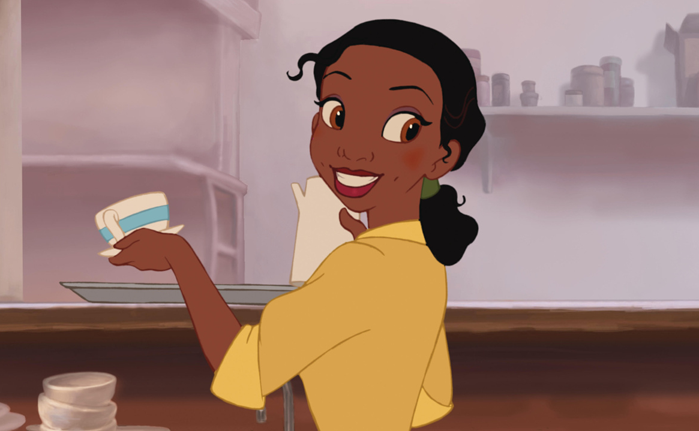 First off, let’s give props to Disney for finally representing the Black community in their franchise of princesses. Tiana, from The Princess and the Frog, was probably—hands down—one of the most hardworking and ambitious people I had ever seen on television. She was different than Ariel, who gave up her voice for a man or Snow White, whose entire happiness was because of a man. Getting married was definitely not one of Tiana’s concerns. She was working her butt off, day and night, as a waitress to save money so that she could finally open her own restaurant. She kept working despite the fact that no one supported her or believed that she could really start her own business. She certainly wasn’t going to give up her dreams at the expense of a man. To me, she was more “real” than past Disney princesses: she spoke her mind, she knew what she wanted, and she did what she needed to do to get there. Throughout the entire movie, she refused to let her struggles deter her dreams and get in the way of everything that she wanted to get out of life. 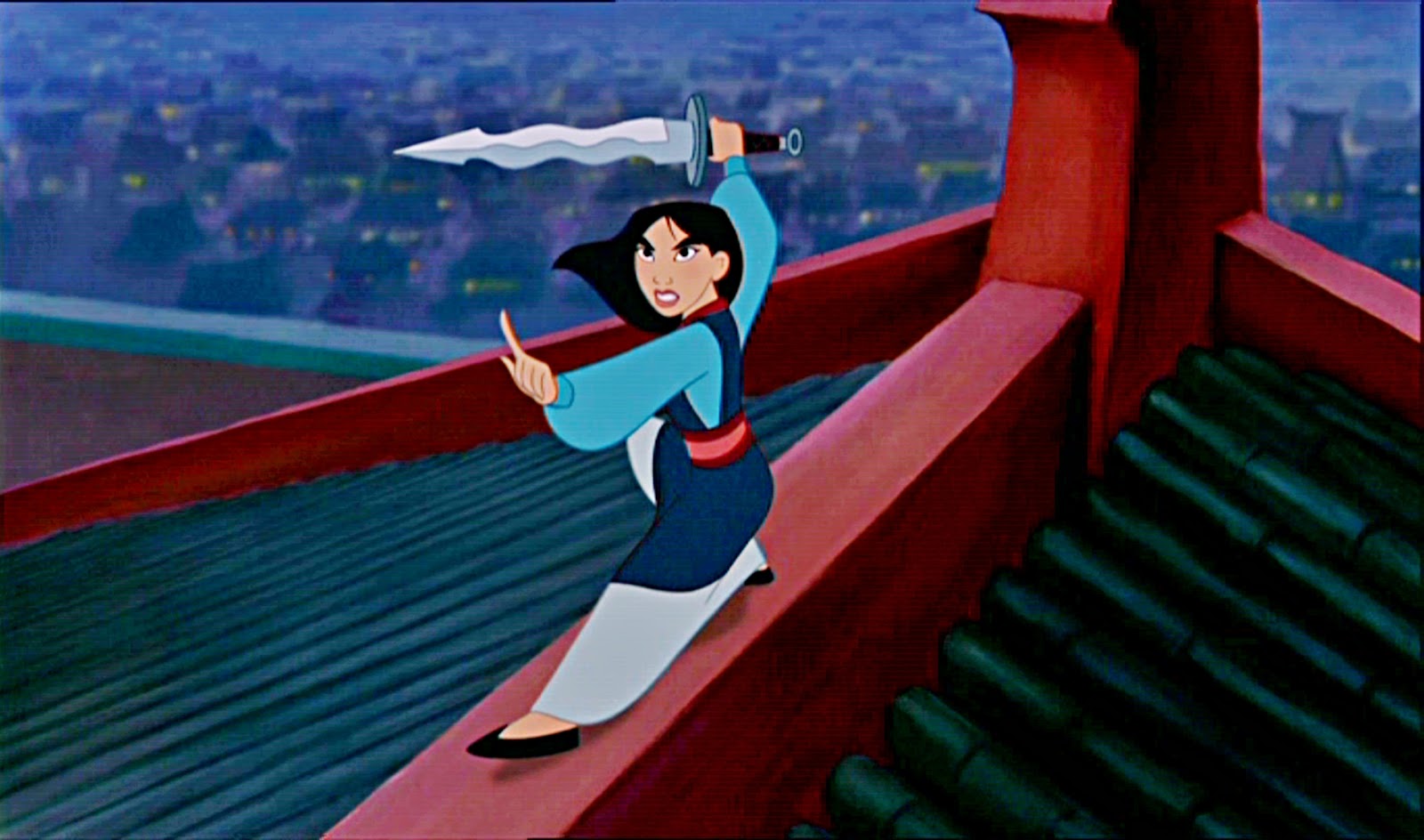 Mulan is kind of a given: she chopped off all her hair, disguised herself as a man, and pretty much saved China all in the span an hour and twenty-eight minutes. She challenged gender roles, even when the odds were virtually against her at every turn. She fought tooth and nail to protect her family’s honor and restore her father’s respect for her. She saved the lives of men who had turned their backs on her without blinking. She rejected the ideas that all women had to be seen and not heard or had to doll themselves up in order to be deemed worthy in the eyes of a man. What I really like about Mulan was that it forced all of the characters to realize that the concept of what women could and could not do was based on societal notions rather than biological. The idea that a woman could not fight in a war and live to tell the tale was a societal notion, not biological. Or even just the idea that women couldn’t do what men could was a social belief. Mulan challenges each of these ideas in such an interesting and timeless way that it makes her a very unforgettable character. 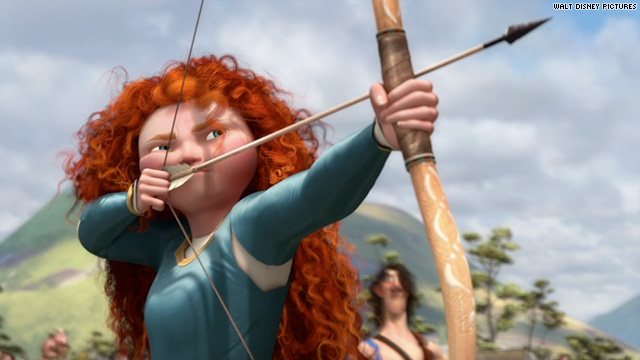 Brave took such an interesting turn as far as Disney movies go because this was the first that solely revolved around a daughter’s relationship with her mother. I mention this because barely any of the Disney princesses actually have mothers, so this kind of connection is usually ignored by filmmakers. The following quote explains the core of what happens to Merida rather well:

“...Brave fearlessly but indirectly asserts that gender convention is a major cause of familial discord. This is where Brave gets really interesting. When we do not fit easily into a traditional gender framework, into any gender framework of any tradition, we can easily become outsiders to both our families and ourselves.
Those trying to uphold traditional values in the face of change and progress are caught up in as much of an inner struggle as are those who cannot fit into its framework. Bravery is not just for the transgressor, it is for the whole family. Progress is a family affair. A community affair.” — Jessica Lake Mason, gender-focus.com

From the very beginning, Merida refused to conform to any gender stereotypes that her family, specifically her mother, had tried to force onto her. She didn’t want to be offered up on a silver platter for some guy or find a suitor. She wasn’t some prize; she wasn’t something that men could compete for. She was her own person, and if she was going to fall in love or get married I reckon it would’ve been her choice alone. She also flipped the script on past Disney movies: Merida never shied away from a fight. She never sat back and let people run her life for her, even if it was her own family. She was comfortable with being single and I feel like this is so, so important. I know so many people who deem their lives as “unsuccessful” or “boring” because they’re not in a relationship. There absolutely isn’t anything wrong with dating someone, but it’s also completely fine to be single. If you’re happy with who you are, that’s all that truly matters. 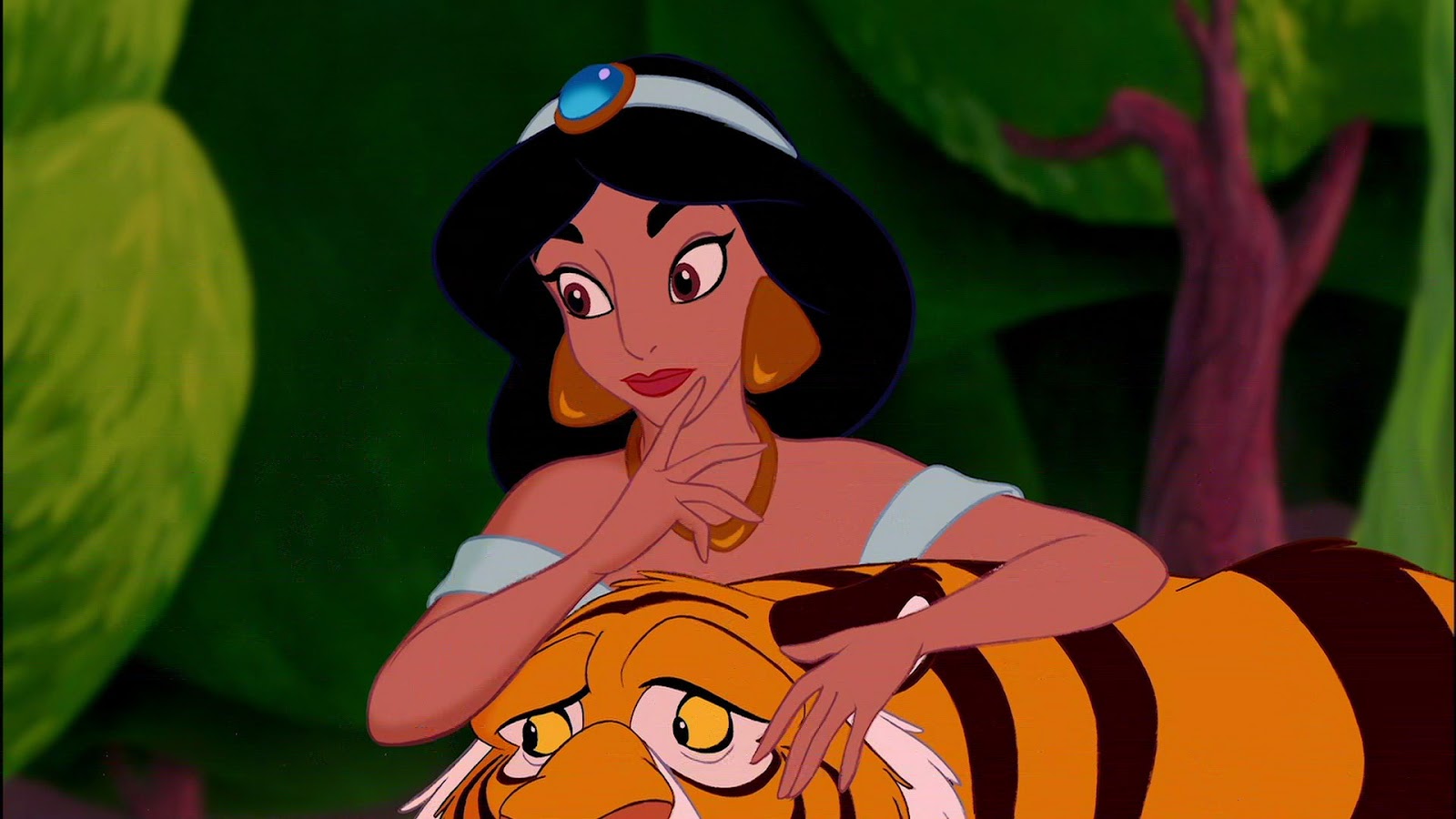 “I am not a prize to be won!” Jasmine was a pretty awesome character with her rebellious and spunky personality that basically gave the middle finger to all ludicrous restrictions placed on her. The thing I most liked about Jasmine was that she took the coincidental princess story and did a complete 180. She ran away from the palace and the promise of marriage instead of towards it. Instead of having some tiny pet like an iguana or mouse, she had a tiger named Rajah. Instead of letting her father choose who she should marry and sitting by quietly, she let her feelings be known. She wasn’t comfortable with the fact that marrying someone for the good of the kingdom was more important than how she felt about them. She was opinionated, stubborn, and refused to be treated like some kind of trophy. She, a girl who had never stepped foot outside of the castle before, ran away to live life on her own terms. She constantly defied Jafar and never gave into what he wanted, which was someone docile and subservient (“You're speechless, I see. A fine quality in a wife”).

Now that I’m older, I’m very grateful for these women. I’m grateful for Tiana, who never lost sight of her dreams no matter what she went through. I’m grateful for Mulan, who changed the ideas of what a woman can and can’t do. I’m grateful for Merida, who taught me that you can be single and secure in yourself at the same time. And finally, I’m grateful for Jasmine, who never compromised her heart. These women have taught me that you don’t need to give up bits and pieces of yourself to be happy. You can be all that you are and still get your happy ending. In the media, sometimes it’s hard to find women who represent people from different walks of life. Thank you, Disney, for inspiring the Tianas, the Mulans, the Meridas, and the Jasmines of today to never stop until they get all they want out of life. These girls really did that. And so will you.