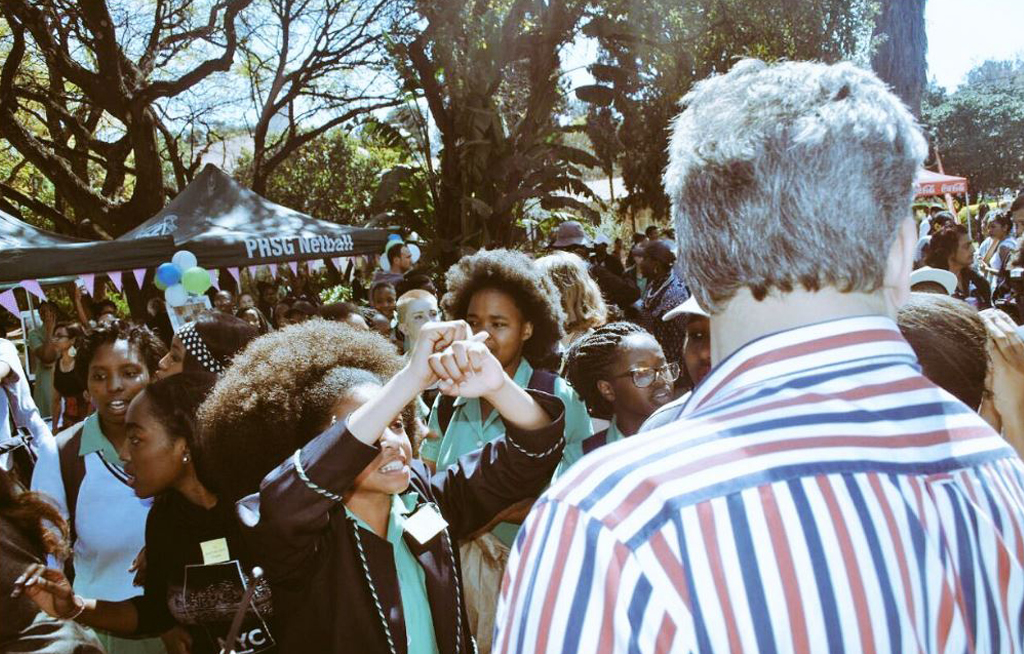 Students at the Pretoria Girls High School in South Africa have been recently subjected to Racism and oppression surrounding their blackness. These young black women were harshly treated and wrongly prosecuted because they wore their natural hair to class. The school rules state nothing about having to straighten one’s hair but instead reads "all styles should be kept conservative, neat, and in keeping with a school uniform. No eccentric/fashion styles will be allowed”.  Along with these rules, the school is setting other strict demands on braid order and unwelcoming black hairstyles such as Bantu knots, dreadlocks, and Afros for they are seen as ‘untidy’.

Although South Africa is made of a demographic majority of black people, hair textures that belong to white people are commended and enforced in the school policy.

One girl was reportedly given a brush and told that she should neaten her hair and make it more "presentable”, along with another student who said "my teacher called me a monkey."

Expressing their anger, the girls staged a protest on Monday against the policies to call for a change. Among the most photographed of the girls is 13 year old Zulaikha Patel.  According to the Daily Fox, Zulaikha also “received a disciplinary hearing for writing in her English creative writing essay that black women always receive the short end of the stick compared to white women and that white women are at more of an advantage than black women.” During the protest, she proudly raised her fist and crossed her arms in the face of bigotry. The images are now going viral under the hashtag #StopRacismAtPretoriaGirlsHigh.

The protest continued to stay peaceful and calm, prior to calls into the police when the girls were threatened with arrest.

The petition assures disciplinary action against staff members who victimized the students and those who created the racist guidelines. In one day the petition has reached 22000 signatures. You can take part in this protest by signing the petition here: https://awethu.amandla.mobi/petitions/stop-racism-at-pretoria-girls-high
bodyandmind cultural appropriation currentevents hair Laila natural hair naturalhair racism