Zines: Past, Present and Future 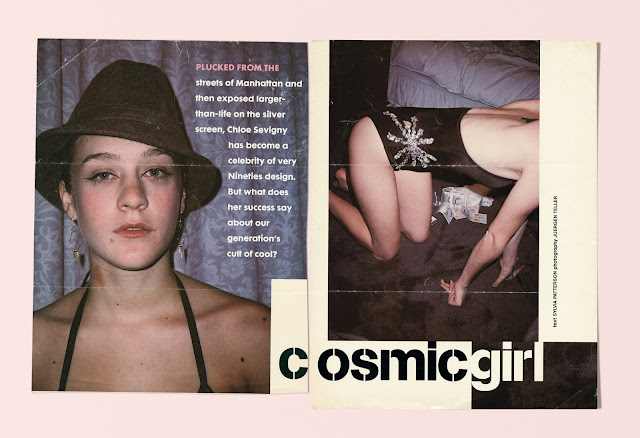 
Online publications for and by teenage girls have exploded in numbers in recent years. As the DIY culture of third wave feminism is recycled into the fourth wave, we are seeing a merging of new technologies and riot-grrrl style platforms in which marginalized people are given a space to voice their opinions and share their work. While the most obvious example of this would be Rookie Magazine (which is read by people like Amandla Stenberg and Lorde), other big names include the Art Hoe Collective and the Pulp Zine, whom are in turn inspiring thousands of homemade websites dedicated to the teenager’s voice. These ‘big names’ haven’t come out of nowhere either- they themselves have also been inspired.
Sassy Magazine was a popular publication aimed at teenage girls that was created in 1988 by editor Jane Pratt, who was only 24 years old.  Pratt was inspired by the Australian teen magazine Dolly, which at the time was quite trailblazing for its sex-positive content. Sassy grew to be hugely successful in its own right and read not just by teenage girls but adults, too. It was also, perhaps, the springboard from which It-girl Chloe Sevigny was catapulted to fame: the actress interned there for a period of time after being approached by the magazine’s fashion editor for a street-style column. Despite meeting its end in the mid-90s, the ‘revolutionary’ magazine continues to influence teen publications such as Rookie magazine, which in turn inspires thousands of girls to create their own platforms.
Rookie Magazine was created by Tavi Gevinson in 2011, soon after announcing that she would be creating an online magazine with afore-mentioned Jane Pratt (although it was ultimately decided Gevinson would own and run Rookie alone). Gevinson herself was already hugely famous; her fashion blog Style Rookie was receiving up to 30,000 reads a day. She was 15 years old when Rookie was launched. Not only does it publish the writing of teenage girls everyday but it has also given photographers like Petra Collins and Mars (AKA Sensitiveblackperson, of the Art Hoe Collective) a platform for their art to flourish.
Meanwhile, some previously hard-copy magazines have moved online to take advantage of the flourishing community of online readers – such as Catalogue Magazine, a Sydney-based publication created by Courtney Sanders and Kat Patrick. They “want to challenge society to be better when it comes to representing women” and regularly discuss feminism, racism, fashion and the environment.
A flaw that we see with commercial hardcopy magazines for teens, like Dolly and Sassy (and others like Vogue and Cosmopolitan) is that they require advertising on their pages to make enough money. Unfortunately, advertisers will manipulate magazines to ensure that their product is being marketed in an appropriate place – this is why Sassy required tall, thin models and brand-new clothes in fashion spreads, and why Dolly writes so many ‘reviews’ on products for teen girls like cosmetics and music, even if this content does not necessarily reflect the magazine’s initial messages.
Dolly Magazine has introduced schemes to improve teen body image (like attaching symbols to images informing the reader which are not retouched and photo-shopped) and often writes about these issues in informative articles. This, however, hasn’t stopped the publication from having modelling competitions where all the runner-up girls and winners are tall, skinny, and conformably beautiful and who are praised and awarded for merely being born that way. There is also a frequent pattern of selecting one or two girls of colour as runner–ups for political correctness, but whom never actually win the overall competitions. Dolly is not the only teen magazine that holds these sorts of competitions, either. And often these competitions are rife with advertising (here is *magazine* 2016 model search, thanks to *make up brand* and *clothing brand*! [Insert paragraph on how amazing these brands are and how great it would be to win them])
Because independently run, homemade magazines before the early 2000’s used minimal advertising, they rarely made enough money to reach a significantly large enough audience to make much impact on the general population. Since the rise of online publications, however, we are seeing an increase in cheaply produced magazines by teenage girls and women that are putting little money into their publications (and therefore requiring little to make a profit). These are amazing because they are purely owned and run by those who know their audience best, without attempting to manipulate their readers into purchasing products under a farce. In these spaces we are seeing body positivity, feminism, and activism grow where they would not have been permitted before for fear of losing thousands of dollars by companies pulling out from advertising deals. And although a lot of these spaces do still contain advertising, you’ll find that it isn’t usually integrated in the content of the publication and the money goes directly to teenage girls who are putting a huge amount of effort into running the magazine – instead of rich, white men and huge corporations.
Riot grrrl zines from the 90s pioneered the DIY, don’t-give-a-fuck attitude that now permeates so many online, girl-run publications today and is perhaps what makes them so successful. They are unapologetically feminist and abrasive without compromising their morals so that they are easier to read by a wide range of people with conflicting ideals.


Hopefully in the future, spaces made specifically for marginalized teenagers like girls and people of colour will continue to thrive, without having their content and messages reduced or tainted by people whose only interest is money. These independently-run online magazines are only proving that this is what we want: original, fresh, and informative articles that aren’t trying to sell us a product, and embody what it means to be a feminist and an activist in 2016.