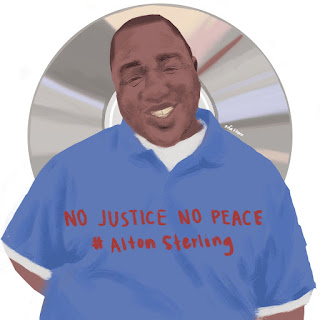 NO JUSTICE NO PEACE by Arfa Khan

On July 5th, 2016, Alton Sterling was shot and killed by police outside of a convenience store in Baton Rouge. There is cell phone footage of the horrible event circulating on social media and still people continue trying to sweep it under the rug. We live in a country where we can't even trust the people we are supposed to depend on for our safety. Selling CDs is not grounds for execution. Say his name. 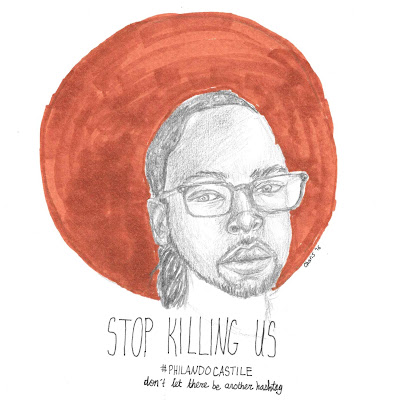 DON'T LET THERE BE ANOTHER # by Charis Huling

A broken tail light doesn't mean death. Warning an officer of his concealed, permitted weapon before reaching for his license and registration was done to prevent this. Yet still, beloved school cafeteria worker, Philando Castile, was murdered in front of his four year old daughter by a cop. Too often, black men are killed for petty offenses as they are seen as a danger; too often, black men's murders become hashtags and viral videos. We need a change; we need a revolution because something is obviously wrong.