The Murder Of Christina Grimmie: Why The Rising Star’s Death Could’ve Been Prevented 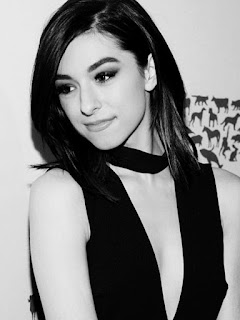 The Murder Of Christina Grimmie:
Why The Rising Star’s Death Could’ve Been Prevented

For many, music is perceived as an escape from life’s day to day struggles. It is a beautiful form of artistry and self-expression that can be used to cater to different audiences as a reminder that they're not alone and can aid to solve the challenges that isolation brings.

Christina Victoria Grimmie, the name that is widely known for her rise to fame on NBC’s show The Voice; and prior to that having a popular and successful YouTube channel originally under “zeldaxlove64”, was shot 3 times while greeting fans after her last opening performance for the pop rock band Before You Exit’s tour at The Plaza Live (a popular music venue) in the city of Orlando, Florida. CNN states “ Grimmie was signing autographs late Friday after a show at The Plaza Live theater when a man approached and opened fire, police spokeswoman Wanda Miglio said.She was rushed to a hospital, where she died”. The suspect has now been identified as 27 year old Kevin James Liobl from St. Petersburg, Florida. As investigations proceeded overnight, findings consisted that Grimmie had no personal relations with Liobl at all; and he had brought two handguns, two extra magazines full of ammunition, and a hunting knife along. Her brother Marcus Grimmie had tackled Liobl with the intentions of preventing any further harm to the audience of about 100+ individuals, solely there to enjoy the artistry of music.

Gun violence in The United States of America comes as no surprise, as in passing years the dangerous probabilities have only gotten higher. According to statistics gathered by The Brady Campaign To Prevent Gun Violence; “Every day, 297 people in America are shot in murders, assaults, suicides & suicide attempts, unintentional shootings, and police intervention.”

According to Hope Oberwanowicz, an Indie Musician, “The most recent venue I played at, I was allowed to walk into without any of my belongings being searched. I had two bags and 3 or so boxes of merchandise with me; none were checked. None of it. No fans were checked, no other band members were checked. A security guard stood in front of the bar protecting the safety of the alcohol, but didn't search a single bag to protect the safety of the attendants. Is this what the world has come to? To not feeling safe anymore pursuing your own passion? To having anxiety over whether or not your loved ones will come home safe from what is supposed to be a so called ‘safe haven’?”

14 were shot/injured at Nipsey Hussle’s concert in Tempe, Arizona. Even Young Jeezy and 5 others were arrested in relation to the shooting that took place at Wiz Khalifa’s concert in Irvine, California in 2014.  And we are still left to wonder, where is the extensive security to detect weapons?

Those who attended Grimmie’s performance apparently weren't checked thoroughly, as security did not Check for weapons.

According to BizBash.com’s article about concert safety, “... warn guests ahead of time, even on the invitation, that any bags or briefcases will be searched and/or passed through an X-ray machine. Tell them to expect similar procedures as if they were going to the airport,’ Werth says … Backup plans include venue evacuation plans, the availability and accessibility of emergency medical care and thoroughly briefing event staff prior to the start of the event”.
Security should ALWAYS be prepared and attentive at locations like concerts. There are possibilities of shootings and other forms of assault to occur in concerts and should be taken into large consideration by security and planners. What happened to Christina Grimmie should NEVER occur again, it shouldn't even had happened in the first place. Concert security is a serious demand.

What happened to Christina Grimmie should never occur again, and we hope that security guards and overall safety becomes a much more serious component to venues. 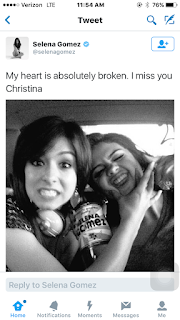 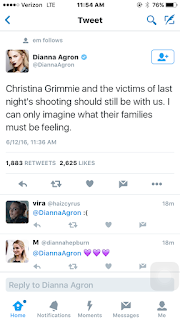 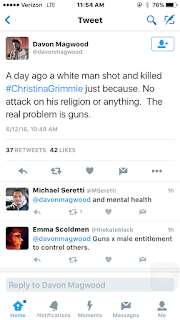 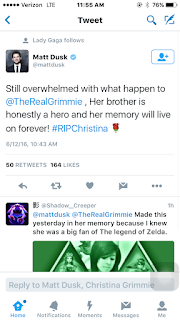 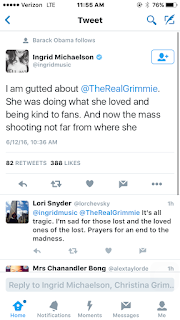