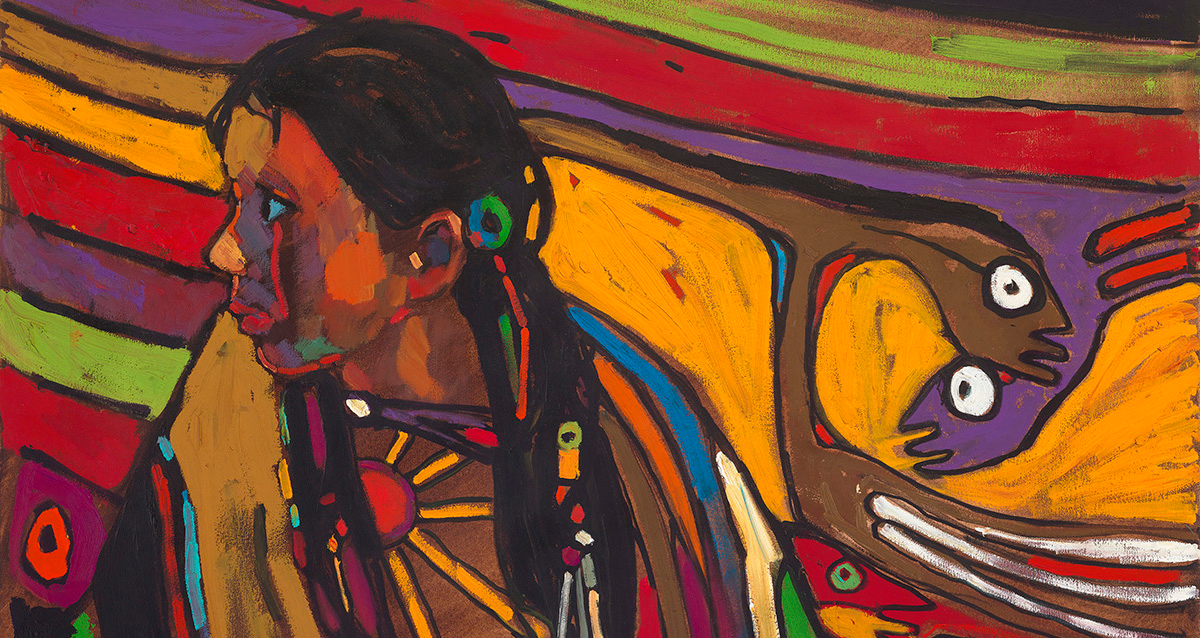 Canada is a wonderful and wealthy country, filled with many cultures, languages, ethnicities, in which the Indigenous are included. They may represent a small percentage of the Canadian population but have lived through many mistreatments that are largely ignored. In the last part of Risen’s Handbook to Indigenous issues, we’ll be covering the state of their reserves, water supply, and the expensive prices up north.

Presently, almost half of the Indigenous community who legally identify as Indian live on these reserves. A huge myth that many believe is the state of these reserves. Many are under the impression that since it's paid by the government, that it’s some sort of paradise that consists of free housing, which is not the case. Due to the Indian Act, as explained in the first half of this handbook, the Canadian government is forced, not to give free housing to the Indigenous, but to give the a specific amount of land where their community may live (Indigenous Foundation). This land isn’t sacred to the First Nations, nor owned by them, as the Act also does not grant them the privilege to own neither their houses or lands upon which they live. The reserve system does not include Métis and Inuits in this part of the Act (âpihtawikosisân), which means mainly those of the First Nations (Indigenous Foundation) are affected by this ruling. Notably, Indigenous women are the victim of this, due to matrimonial property legislation. Matrimonial property is all that the couple owns together, including the household and everything inside, etc, and the Indian Act has little written on this subject. In reserves, it’s more likely that not that the man is in charge of the property, so their home and the possessions within it and if a divorce happen and the man forces the woman at the door, these women will be left without a penny. The law does little to help these women fallen to these circumstances, laws put into place about the matrimonial property, many Indigenous women fall into poverty. Due to shortages of housing in the reserves, they may also be forced to leave their reserves. Recently, Bill S-2 was put into place to help these women, who now have the opportunity to take to court their partners who haven’t separated their possessions. This bill, sadly, does not take into account a lot of the downsides, such as the lack of access to these resources on reserves and more.

Most Canadians have access to clean water, but sadly that is not the case for the Indigenous. Two-thirds of their community have fallen to water advisories within the last decade (Levasseur, Marcour), and of those communities 20% happen to be First Nations (âpihtawikosisân). Due to “bad pipe connections, low pressure, improper filtration and disinfection right up to contamination with bacteria” (Levasseur, Marcour), proper, good quality water is seen as a luxury within the Indigenous community. And it’s terrifying to what point water advisories are a normal to this group, as some have lasted over 20 years. There is, in fact, a huge risk that many of these communities fall victim to contamination due to water, up to 73% (The Council of Canadians), and further demonstrates the urgency and importance of this matter. What complicates further this issue is the why. Why has the water conditions for the Indigenous been so poor? And for so long? Many might just point the finger at the government and blame them, but it’s much more complicated than that. There are about three reasons that explain this, (1) there are “[n]o laws and regulations governing the provision of drinking water in First Nations communities, unlike other communities, (2) [t]he design, construction, operation, and maintenance of many water systems is still deficient [and] (3) [t]he technical help available to First Nations to support and develop their capacity to deliver safe drinking water is fragmented.” (âpihtawikosisân) Justin Trudeau, the current Prime Minister of Canada, has talked upon the issues and made a plan in order to help these communities but has been critiqued as too idealistic to be put into place in five years. After decades of no change and attempts, it’s less than likely that the problem is solved anytime soon. 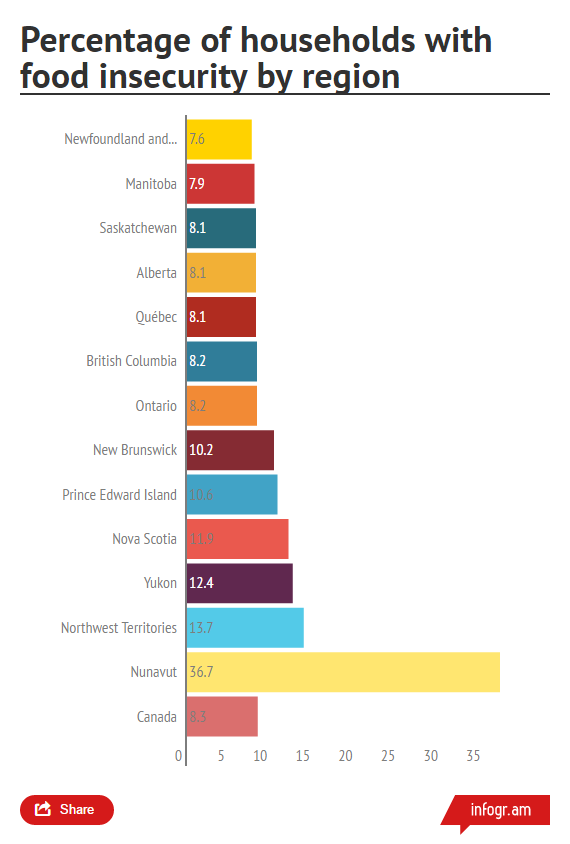 Up north of Canada lays Nunavut, one of their territories, in which the Indigenous community make up the majority of the population. Nunavut is also known throughout Canada for their outrageously high prices in comparison to provinces in the south of Canada. Prices like 40$ for flour and nearly 100 dollars for a case of water is pretty normal, due to shipping. Due to the severe winters and the scattered lands which make up Nunavut, shipments are received by plane than by boat, which adds boatloads of money (pun non-intended) unto the shipping costs. Contrary to popular belief, the wages have not improved these unbelievable prices, as they can be observed through the salaries of the northern population. They are simply not making enough to pay the bills for groceries, to feed themselves and their families, notably in Nunavut. A recent StatCan report proves that Nunavut faces a lot more food insecurity in comparison to other provinces and territories. With so many of its citizens falling to hunger, a solution must be made before the situation worsens.

The occidental world constantly forgets the Indigenous, who are present in every single continent of the world. The rare times they turn to look at them and their problems, it only lasts for seconds. We cannot keep ignoring the issues Canadian Indigenous people face. We cannot keep letting issues such as the suicide rates, the poor water quality, and the disappearances and deaths of their women keep getting swept under the rug again and again by our society and government. Movements such as Idle No More are pressing for changes, pressing for a better future for their Indigenous brothers and sisters. These seemingly “Third World” conditions in a First World country should not and should never be tolerated. Let’s change the future and take action.