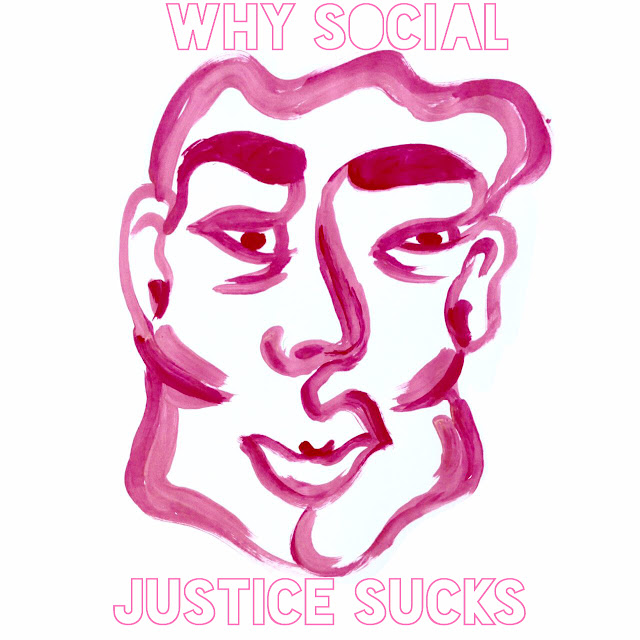 Being a part of the Social Justice movement really opened my eyes and many others, yet so many people seem to have something negative to say about it. The Social Justice Movement tend to blame outsiders for being ignorant and uneducated, but have we ever stopped and asked ourselves what we’re doing wrong? I’ve come across so many people that just expect everyone to know about controversial topics and to be educated on these topics, unfortunately not everyone is like that. When someone asks a question on feminism, racism, or any type of slur, don’t attack them at first glance; answer their questions and explain to them why this is or isn’t right.

Not everyone started out being a feminist. For most of us, it was an idea that we learned in our adolescent years. I learned about feminism and social justice through Tumblr and I'm eternally grateful for having my mind be opened to such ideas. However, not everyone has the motivation and/or resources to educate themselves, which is where we come in. Spreading new ideas will never be successful if we continue to be hostile. 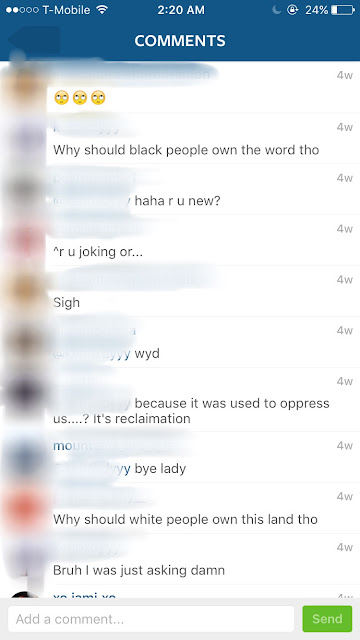 This is a screenshot from a popular Instagram page that constantly speaks out against racism (I blurred out their names to protect their identities). The post was about why people who aren’t black shouldn’t use the word “n*gga”. The reason why white people and non-black POC shouldn't be able to say the n-word is because we have never faced any real persecution when it comes to the word. Black people are trying to reclaim the word that has been used as a derogatory slur against them and their ancestors for decades.

This Instagram post is the type of passive/hyper-aggressive group attacks that make people turn away from social justice. This person was asking why only black people could use the word, nothing harmless. Yet about 5 people needed to comment unnecessary things until one person had answered their question. Not everybody will know everything about social justice. Heck I didn't know that black people can reclaim the word until my friends told me that they can and I write for a social justice magazine!

Feminism was first used to empower different people that weren’t getting the same recognition as the majority. We have started to create this ideology that we are better because we are progressives, the left side, and revolutionaries. People are constantly changing and learning, if we do not change with them then we should not be considered progressives. We continue to be truculent and aggressive, and it’s hurting our cause.

I believe in social justice and I always will, but for our movement to gain more momentum, for people to believe in what we believe in, we should not ridicule them for asking questions. Instead we should encourage them to ask questions and learn more about what we’re about. Change is necessary but we cannot change the minds of others if we do not change ourselves. 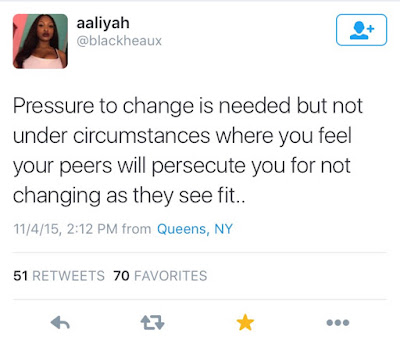 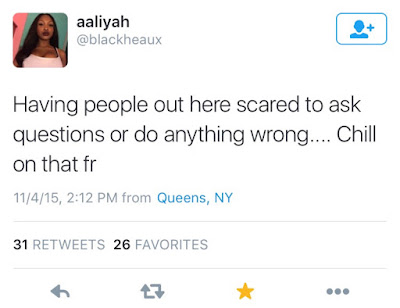