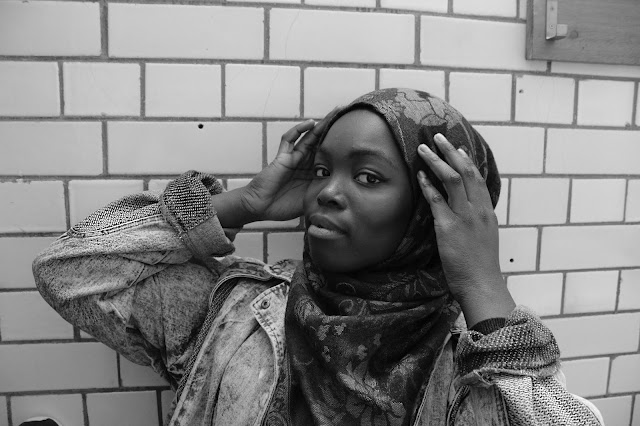 Article by Zainab Adelopo. [Photography of my beautiful sis]

“Do you speak African?” - Unfortunately “African” is not one of the approx. There are 2,000 languages spoken in Africa so no I don't speak African. So. Many. Misconceptions. It honestly makes me cringe every time someone asks me, “so did you live in a real house when you lived in Nigeria” or “do you really have computers there?”
It would be fair to say that most of the representations and misconceptions that people get from Africa are down to the media's portrayal of the continent (misconception: Africa is a country. It's not; it's a continent made up of 54 countries.). When you think of the continent of Africa in the Western world, I'm almost certain that you've heard at least 2 nouns and adjectives like hut, black, tribe, tribalism, primitive, nomad, animism, jungle, cannibal, savage, underdeveloped, third world, developing, etc.
Dark or black connotes fear, foreboding, and evil. Africa, as a continent, African nations, African people and lands, in the Western Media, and its constituencies, conjure up a entirely poverty stricken continent; Africa is sort of like the bastardized other, an outcast, subjected to relentless criticism while its vast resources are ruthlessly extracted by the same people who slander it.
So I've just come up with a list of common misconceptions that really should be eradicated
Those are just a few misconceptions about Africa. There's so much there that the media isn't showing or telling the Western world and so people automatically have this idea in their head that Africa is a complete hell hole.
So no, I don't speak African. I come from a tribe called the Yoruba tribe and we speak a language that is not called African, and it's not called Nigerian (there are around 200 languages spoken in Nigeria) it's called Yoruba. And look, I'm able to construct sentences in English! Woah!
My take-home point is that you shouldn't believe everything the media tells you because they will try to make you see things in a certain way and you're always better off doing your own research!
african black criticism culture generalisation language media misconceptions prejudice racism stereotypes systematic trends tribal western zainab