The Use of the Word "Exotic" 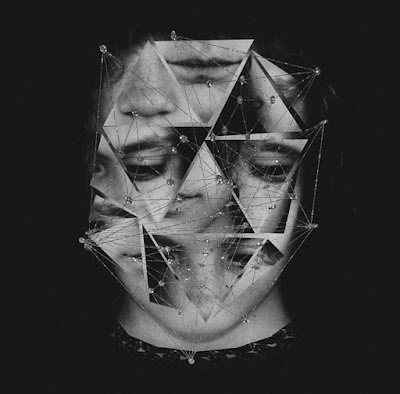 In my 16 years of life I have been called "exotic-looking" 3 times. Once by a white man. Another time by a Cuban woman. And another time by a family friend. All three occasions were on the premise of it being a compliment, which I had taken it as. Despite this, however, I couldn't help but to question the reasons behind which they thought I looked "exotic" as well as what they would identify as "exotic".

The term "exotic" in the world of beauty has been considered done for the term to use for any women of a darker complexion than the conventional standard of pale skin that the vast majority of models take up. Jean Kilbourne, activist and cultural theorist, had brought attention to this aspect in the advertisement industry as she explained how women of color are a minority in the modeling industry, yet when they are placed in ads, they are placed alongside words like "exotic". This comes to hit upon the objectification of women that Kilbourne has spent her career educating people on. Women of color also have been shown in her extensive examples of ads to have been portrayed with animal prints or just animalistic features that further degrade them to the point of not being completely human. This implicitly states that to call a woman exotic is implying that she is being viewed as an unusual creature that excites the visual senses of others. It seems that the term "exotic" has come to be associated with women of color as I have yet to find a white female who has ever been called "exotic" in any place.

Going back to my question, in response to it, I've asked other girls if they have ever been called "exotic". I asked a total of 16 of my friends that are Latinas and Asian and have found that all the ones that have darker skin and hair have been called "exotic" at some point in their lives. Whether the term is used by a friend's mom who was trying to compliment her, or by a white boy who was trying to flirt at a writing camp, these instances only proved to me that far fewer, lighter-skinned women, Asian or Latina, will have less likelihood of ever being called "exotic".

By being in a world, nation, and time as globalized as the one I live in, it came to me as a surprise that I would be considered "exotic". Is it my dark complexion, my dark hair, my thick legs, my brown eyes, my eyebrows, my smile, my face, my body? Why am I exotic? I'm merely an American who lives in a nation that houses a variety of people, all of which sport different physical traits. So why do I look "exotic"? Only girls that have darker skin and hair answered my question with instances in which they were called "exotic".

In addition to the questionable use of "exotic", we are faced with its history of being used to describe foreign objects of interest during the age of exploration and colonization. The term's usage as a descriptive adjective for people was more abundant in use in times before such as during the period in the 1800s in which freak shows and circuses were popular. Human zoos were a major source of attraction. People would be displayed for their "freakish" features in these shows. They basically would be exhibited as entertainment for the public just for the fact that they looked different.  Sarah (Saartjie) Baartman was a woman of the African Khoikhoi tribe that toured through human zoos as an attraction due to her large buttocks and her non-Caucasian features. The dehumanization of this woman is exemplified through the actions of those whom she was a servant of. Her dehumanization is rooted in the mentality that because she looks atypical, she is practically a discovery that must be exhibited for people's entertainment. She is put up like a mannequin, an object on display for the world to watch in curiosity and ignorance.

When hearing the word "exotic", I think of an animal or a wild unusual flower. When being called "exotic" it is as if the objectification and dehumanization of women that was common to the past has had no progress whatsoever. I am not an alien creature; I'm not an alluring Bengal tiger or a colorful flower. I am a girl who would much rather prefer to not be called exotic at all as it would imply a resemblance to a foreign object of intrigue. Though I understand that the people who have called me "exotic" meant well I think it is important that they also realize in the modern, diversified world we live in, it wouldn't exactly be a proper use of a word meant to describe plants, animals, and just objects in general.