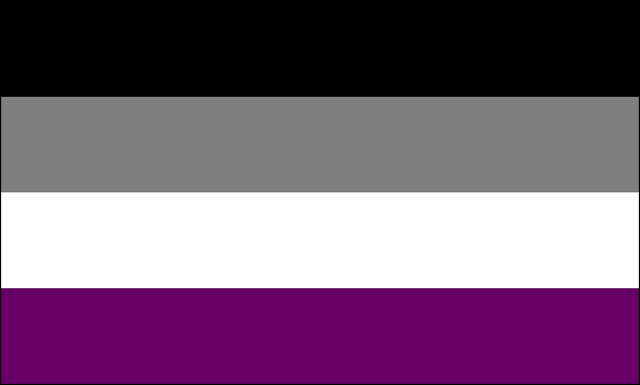 Asexuality: the smallest sexuality on the spectrum, made up of only 1% of the population (CNN). The smallest, yet the most misunderstood.

Here are 7 of the most common misconceptions made about asexuals.

Something that many people don’t understand about Asexuality, is that it’s a spectrum, much like Bisexuality or Gender. It’s fluid, and preferences depend on the individual. Some asexuals in relationships kiss their partner, some don’t. Some hold their partner’s hand, some don’t. Some asexuals can even have sex and enjoy it, and some don’t. (See #4) It all depends on preference. To be asexual you don’t have to have 0 feelings, it’s solely based on feelings of being attracted to someone sexually, and has nothing to do with the actions you do with another person.

MYTH #2: YOU HAVE TO HATE SEX TO BE ASEXUAL.

Asexuality, Chastity and Abstinence are entirely different things. Two are wilful choices made as a result of personal or religious beliefs, while Asexuality is an orientation, something that one has no control over, much like being gay, bisexual, or straight.

Asexuals have the ability to love just as much as everyone else does! But, instead of loving based off of sexual attraction, they identify as asexual as well as a romantic orientation, which determines who you are attracted to emotionally or romantically. For example, if an asexual identifies themselves as a Heteromantic Asexual, they are not attracted to anybody sexually, but are attracted to the opposite sex romantically or emotionally.

There is also a possibility of an asexual being aromantic, which means that they aren’t attracted to people romantically or sexually.

It’s not unknown that the media overly sexualises everything known to man. Billboards, movies, perfume ads, they all involve sex to sell to their audience better. Being asexual is tough, living in a sex-filled world, but that doesn’t mean love is absent. It’s absolutely possible to find a partner, and that partner doesn’t have to be asexual, as long as they respect your feelings. Every couple is different. Asexuals can go on dates, sign up for dating sites, go out to bars. But, when interested in someone, one might say, “Hey, that person seems super cute and nice and interesting. I’d like to get to know they better,” rather than “That person is super hot, i’d love to take them home.”

Once again, it’s all about preference. But, sexual attraction and the desire to have children are two entirely different things. Asexuals can totally have children, whether they choose to have them traditionally, or to adopt.

Although asexuals as a whole are not commonly socially oppressed, they are discriminated individually based on their romantic orientations and gender identities. They are also more likely to fall victim to rape and sexual abuse, often to try and “fix” them, or to prove to them that they’re “missing out.” Besides the fact that people have the common belief that the “A” in LGBTQIA stands for ally, asexuals are often not welcome at pride rallies, due to ignorance and false information. One who is Heteroromantic Asexual can easily be pushed away from the LGBTQIA community, because they are “basically straight”, which is absolutely not the case. This, combined with the “Everyone Who Is Normal and Happy Wants Sex and Love” idea that our society perpetuates, often leads to people who aren’t yet aware of their asexuality to believe that there is something wrong with them. Many also tend to ask random invasive and personal questions to someone who is asexual, putting them down and giving into the idea that asexuality does not exist, when in fact, it certainly does.
So, although asexuals don’t experience the same kind of problems as gay, bisexual, trans, or other LGBT+ people do, they still experience problems.

If you’d like to learn more about Asexuality, you can visit asexuality.org.

If you know you’re on the asexual spectrum, but are confused by your feelings, you can take this quiz to help you find out where you land: http://brainfall.com/quizzes/user-quiz-300/
2016 asexuality bodyandmind loveandsex mythbusters tara