Film Club Friday is a new series, where a handful of Risen members gather to watch and review films! This edition, we will be reviewing the film "The Way He Looks", written and directed by Daniel Ribeiro. 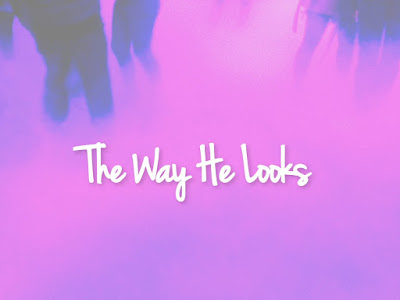 The Way He Looks (Hoje Eu Quero Voltar Sozinho) is a Brazilian LGBT+, coming-of-age film that came out in 2014. The story begins with best friends Leo and Giovanna. Their relationship becomes rocky when a new classmate, Gabriel, quickly catches both Leo and Giovanna's attention. As the year progresses the three teens learn more about themselves and each other as they try to navigate their way through friendship, sexuality, and romance.

“The Way He Looks” is a delightful film with a light hearted plot and a group of characters you will fall in love with. Personally, I loved TWHL for its LGBT representation, as well as the fact that its lead character is disable, and it showcases some daily issues that people with sight don’t think of. While the plot is a rather simple coming of age love story, there is something about “The Way He Looks” that warms your heart, and makes it stand out from the rest of the hundreds of films on Netflix. It’s a perfect film to watch when you want to curl up with a cup of tea and relax, and once you watch it, you will find yourself going back over and over again to re-watch your two favorite Brazilian boys play out the story. All in all, “The Way He Looks” was a wonderful film.


The soft imagery is heartwarming and the perfect example of a coming of age indie film. This film falls into the theme of a loss of innocence and the usage of lighting at night during the frequent moments Leo is in his room thinking is artful and beautiful. There aren’t many moments where the footage strays from the simplistic way it was shot, but ended nicely where the natural light of the sun could focus on the boys and Gi leaving the school.