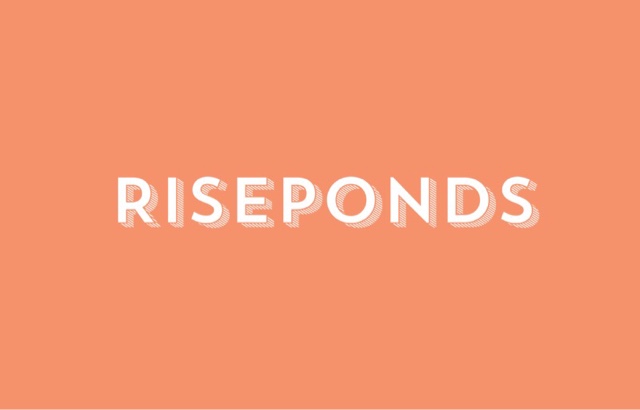 The topic for this month is the use of animal testing when creating cosmetics.  This topic is intriguing due to the variety of viewpoints pertaining to it; some people are "pro-animal testing", some are entirely against it, and many can be categorized somewhere in between.

Alexis D: Testing makeup products on animals is cruel and inhumane. Test animals' live lives of misery and pain, and it could all be avoided. I know that countries such as China require animal testing before a product can be sold there, but that doesn't make it okay. There are other ways to test makeup other than using animals. I hate that popular makeup brands like MAC and Benefit can test on animals legally and still be so successful. I admit that I use Maybelline mascaras, but I bought them before I knew about animal testing. I think that the government should be stricter on animal testing laws and that people should have the opportunity to learn about animal testing, and not just on the Internet. It scares me that so many companies test on animals without a second thought, simply because it's cheaper. All animals deserve the right to live, and there is not a situation in the world that would merit animals suffering all for the creation of an eyeshadow palette.

Janice C: I personally believe that animal testing should be allowed, but with regulations. While there are brands such as Lush, Urban Decay, and Tarte that do not test on animals and have high reviews from people, there are others who prefer cosmetic brands that do test on animals, since for them these brands have been healthier and less irritable for their skin than the brands that do not test on animals. Even though there are alternatives to animal testing such as cell-based tests and computer modeling, there are limits to these alternatives and they do not always produce the same results as animal testing would have. My opinion is that animal testing should be allowed if it is absolutely for the safety of people and the facilities where the testing occurs proves to be fit and accommodating for the animals.

Peyton U: Animal testing is a dicey topic that brings a lot of mixed feelings. Personally, I was horrified when I looked at animal testing statistics and the sheer lack of effective regulations surrounding it. Although it is safe in some cases and should be allowed when utilized properly, standards and regulations need to be enforced. Companies should take the extra step to make sure that animal lives are taken into consideration. They should not be treated as disposable. It is currently difficult to find brands that do not partake in animql testing on some level, and although there are certain human cell-based testing methods, these can become pricey, thus raising expenses on consumers. In conclusion, animal testing needs to be a safe, cruelty-free, and respectful process. In the meantime, please support your local cruelty-free businesses, and brands such as Lush and Urban Decay.

Adele L: Animal testing is still a hard subject to fight for today, but I personally am not 100% for or against it. There are a lot for pros and cons to both arguments. Through animal testing, we have been blessed with helpful treatments and medicine like penicillin, blood transfusion and insulin. In fact, without testing blood transfusion on animals, open heart surgery wouldn’t exist. It has also benefited humans, as it’s the best alternative for making tests without violating another human's rights. But, on the other hand, animals are often subjected to horrible situations as they may be exposed to force-feeding, deprivation of water and food or inflicted burns and wounds. But, on the other side, there are alternate ways to avoid testing on animals and not all tests on animals are safe for humans. I think that companies are so used to using animal testing for their products, that they don’t bother to think of the impact it can have on not only morals and ethics of the company but on the consumer buying the product. Being aware of the consumer’s ideals, especially in a day and age where a consumer can easily search up statistics on animal cruelty, there are companies and stores like Lush, Wen, Everyday Minerals and Burt’s Bees who have maintained cruelty-free businesses. Although it’s wonderful that they don’t test on animals, I don’t think it’s realistic to ask companies to follow that example, but to further restrict the rights on animal testings. There are many pros and cons, and I believe that by at least putting in more regulations and laws in place, this could help both sides on this problem.

Derek H: In my opinion, I think that animal testing should be abolished. There are so many companies like E.L.F, Milani and Urban Decay that don't test on animals. Some companies can use the thousands of ingredients that have been proven safe and have a long history of safe uses. There are approximately 50 non-animal experiments which are not only much better for people, it is more efficient and cost-effective. It is not required in the U.S to test on animals. Although, countries like China have laws that require products being sold to be tested on animals. Western countries have already begun to stray away from animal testing. There's a bill trying to be passed in the U.S called the "Humane Cosmetics Act" that prohibit the animal testing on cosmetics. Although many of you can't afford luxurious products or drugstore cruelty-free products but I urge you to try and find products that don't test on animals. You can also help by sharing this link.

Nur A: I believe that animal testing is a valid way to test if products are safe and
reliable for us humans to use since their anatomical structures are very similar to us
inside and out, but if there is a way around it then I am all for it. With the technology we are blessed and privileged with today; almost everything and anything is possible. There are ways to test on human cell tissues, etc. Although I am not for the actions of animal testing; there are major corporations out there that actively and openly admit to animal testing to inform their customers, and their customers are
reliant on their products such as skin care products and cosmetic products. If you are
someone who uses a product that has been tested on animals and it works to your convenience; it does NOT make you a horrible person. I personally struggled and still
occasionally struggle with dreadful acne and sensitive skin since the age of 8 years old and the common drugstore brand Neutrogena carries makeup foundation and moisturizers that do not irritate or cause my skin harm. Regardless, if major corporations do choose to continue with the act of animal testing, they should provide laboratories with conditions that are clean and fit for each animal. The act of harming living things for our own benefit is selfish enough, so I think a common compromise should be made.

Malea M: Cruelty free - In the animal rights movement, cruelty-free is a label for products or activities that do not harm or kill animals. Products tested on animals are not considered cruelty free, since these tests are often painful and cause the suffering of millions of animals every year.  In my opinion animal testing, simply put,is disgusting. When we decided on this topic I did some research on animal testing with cosmetics and I was honestly astonished. I'm not saying people who use animal tested products are horrible people or anything because hell, I do too. I've never been so aware of conditions these animals are put under, despite being a vegetarian for most of my life. I'd never taken into account the harm these animals are undergoing, which makes me feel pretty selfish. I don't understand how using animals (helpless ones, at that) for our own benefit is in any way morally correct. It makes me angry seeing companies outright lie about being against animal testing but are proven to have been trying to sell in China (*cough* bath and body works *cough*) It just doesn't sit right with me. We're hurting animals for profit. We're harming natural, inherently pure beings. They don't belong inside of a laboratory, or a tiny cage, or in the hands of someone who lacks the compassion to realize what they are doing is wrong and continue it for profit. Animals don't have the same capabilities as humans, obviously, but are we really so selfish we aren't going to treat other living, breathing, feeling, beings with respect? So we can adhere to these standards set up in society? God, I sound so preachy right now. I don't mean to. I just don't understand. We're sharing this earth, and so far what have we done? We burn and kill and judge. I'm focusing more on the negative side of things here, definitely though. My point is we do not need to test products on animals. They are not our property. They are not ours to take. If you're questioning,I'd recommend checking out a few documentaries and articles on cruelty free and vegan, and why sometimes even this label is often not enough. My top recommendation would be the live performance of a young artist allowing herself to be 'tested on' in public. Bottom line, I'm against animal testing and I'm going to stop wearing makeup until I can get my hands on some good cruelty free, vegan products. :-) p.s I seriously don't mean to sound like I have some god complex or that I'm trying to preach. I don't know nearly enough on this subject but it means a lot to me and I'm definitely going to learn more.
adele lukasa alexis animal testing derek janice malea nur peyton riseponds