Lack of Diversity Within The Oscars 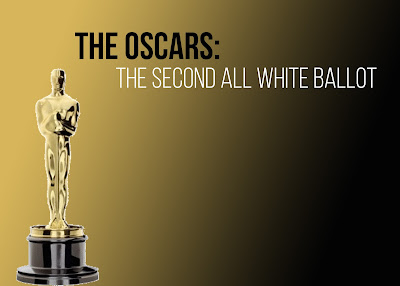 As I was growing up, my parents told me I could be anything my heart desired; with two standout exceptions. I could not ever be an actress or a basketball player. The latter was unattainable simply because my parents knew I wouldn’t be athletic enough to achieve it, and I’m glad they saw my inability to be sporty long before I did. However, when I asked my mother why I couldn’t be an actress, her reasoning made much less sense to me: Black actresses and actors alike simply don’t have enough roles in Hollywood. I didn’t believe this to be true, I questioned her with the likes of Halle Berry and Gabrielle Union, the only two examples I could come up with at the time. As I named them, I realized I couldn’t come up with a single movie of theirs that had reached the success level broadcasted to that of Angelina Jolie or Julia Roberts’s films.
That was then. If you turn on the T.V. now, representation flows from television shows to director’s chairs behind the scenes, and everything in between. Viola Davis, Uzo Aduba, and Regina King won Emmy’s for their groundbreaking talent last year. Shonda Rhimes continues to trailblaze with her hit programs like “Grey’s Anatomy." But, even though the progress is obvious, things still appear unequal in Hollywood. The Oscars, the cinematic award show of the year, has continued to exclude African-American talent for the second year in a row.
Not one of the acting nominees this year is a person of color. Idris Elba's performance in "Beasts of No Nation" was snubbed, as well as Will Smith's depiction of Dr. Bennet Omalu in "Concussion." So, did the Oscar panel happen to just “forget” about them? That almost appears to be the case, if you disregard the fact that “Straight Outta Compton” was nominated for its writers, and “Creed” received nominations for supporting actor - and surprise, surprise, those nominees are white. However, the controversy this year isn’t going unnoticed.
Chris Rock, this year's host of the Oscars, took to social media to express his opinion on the lack of diversity in the ceremony, tweeting “The Oscars: The White BET Awards.” His comment would almost be humorous if it wasn’t so truthful. Director Spike Lee has also decided not to attend this year’s show, and he isn’t alone. Actress Jada Pinkett Smith also decided to boycott the awards, posting a video on Facebook, remarking on how begging for acknowledgement from the academy diminishes our dignity.
Who is really to blame for this year’s subbing of minority talent? Is it the Oscar panel, comprised of mostly middle-aged white men? The nominees that lack diversity seem to be simply following behind a panel that lacks color as well, but the problem must be larger than that. Is it a society that has a track record of being slow to recognize and empower people of color? When a gritty and real film like “Straight Outta Compton” or  “Beasts of No Nation” is snubbed by people who see the films as “unrelatable” or “intense,” it leaves to the imagination the thought that the reality people of color face is too much for a white audience to handle.
The Academy has stated that it will begin to make an effort to prevent an all-white ballot from occurring again next year by diversifying the panel. By 2020, more minorities and women are expected to be present on the panel, but it's a shame that it could take that long to place well deserved spotlight on talented people of color.
- Article by Terra Walls
currentevents diversity music oscars terra