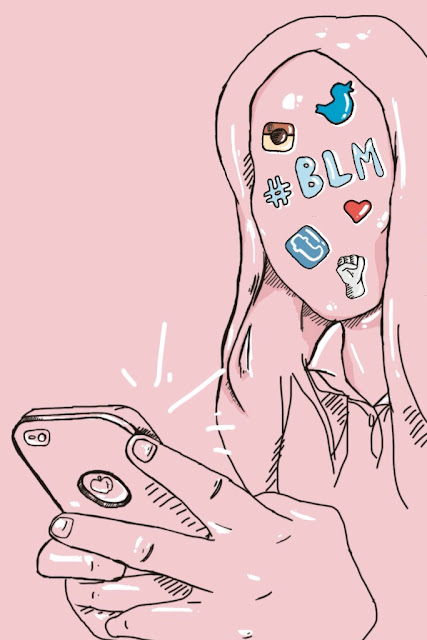 Our generation, or as society labeled us "Generation Z", has been getting more hate than love lately. We're accused of looking too much at our screens than what's in front of us. Generation Z has been on the rise, growing up with technology, and like others have stated, perhaps growing too comfortable with the convenience of it all. The new technology is flourishing at a rapid rate and many are worried that our faces are stuck too close to the bright light reflecting off of our screens, but they fail to see what is right in front of them: what we're doing with the technology at hand.

The main target of the darts at the hands of the adults has been social media. They say that we're addicted to something useless, a source of counter-productivity, nothing but cute cat videos and predators. But, social media is much more than what meets the eye. Being so closely connected with so much at the touch of a screen provides more than the trivial side of the Internet, but also the unbelievable power the tiny pixels combined contain.

Social media has enhanced the power of the powerless and amplified the voice of the unheard. Sparks that have brought movements, like Black Lives Matter, to life are rooted beneath the surface of social media, especially Twitter. Twitter users like @deray, @ShaunKing, and @zelleimani have used the bird's claws to deliver messages of justice.

The aftermath of the death of Mike Brown blew a fuse in Ferguson. Many of the people outside of Ferguson were shown the side that depicted the rioters as "people who were ruining their own homes", but the anger of the citizens of Ferguson, as well as people around the world, was not blind. The news left critical details out from the scene, but thankfully Twitter did not. 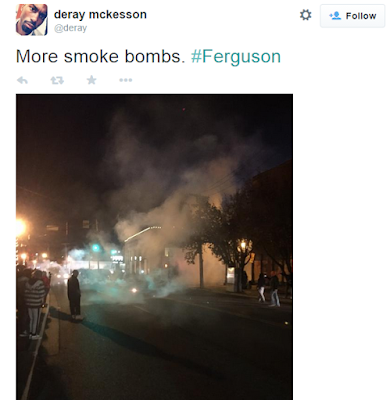 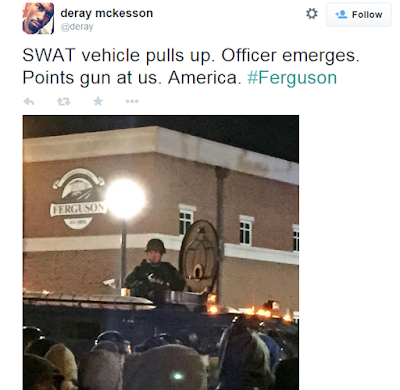 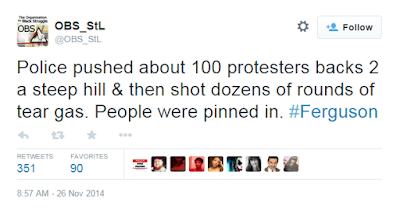 Twitter quickly became an excellent tool for activists to get their word out quickly and to efficiently reach a large audience. This "trend" of digital activists has not died down since it first started but has only thrived in size and passion. The movement of Black Lives Matter has not only inspired many to call out abuse of power against African Americans but also call out racism in any shape or form. The list of victims has not grown shorter, but at least we now know their names and faces.

Social media has become an outlet for people to be educated, not only on racism, but other important concepts such as feminism. In my personal experience, I used to always think sexism was just a myth. I'd never experienced it, but to be quite frank, I was wired to think that inferiority to males was normal. Through Twitter, Instagram, and Tumblr, I found out the true meaning of feminism (behind the "girls are just being sensitive" "feminists hate men") and explored the nooks and crannies in where sexism still grows and festers. The detrimental effects of sexism has been established so firmly into our lives that many people no longer see the big deal between gender inequality. But, the upturn of feminism, especially in teens, is thanks to the screen beneath our fingertips.

Many people have now grown to loosen the bolts of sexism that have once been screwed tightly into their brains. I, myself, have learned to erase the hate for women who have sexual freedom and take pride in their bodies. Not only have people erased old habits of illogical hate but they've also learned new knowledge through looking into a clearer scope, wiped by pixelated hands of feminists on the Internet. 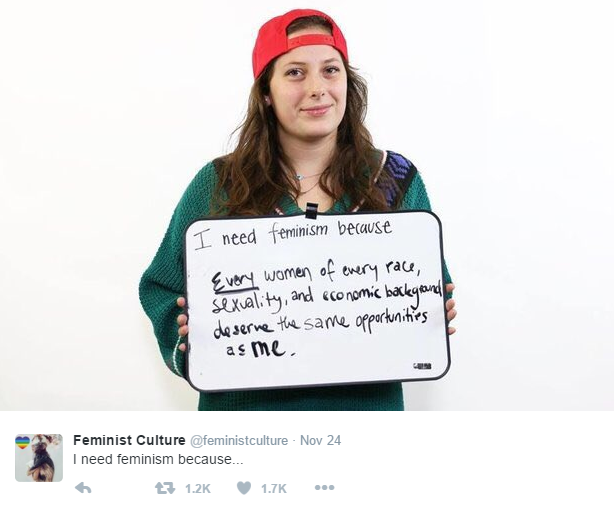 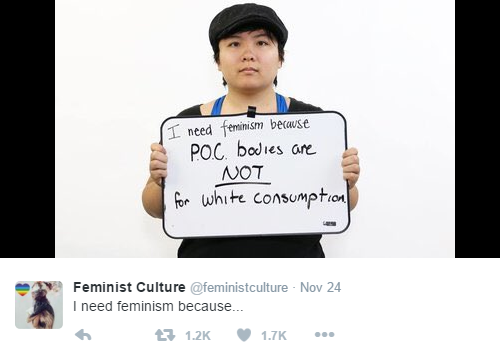 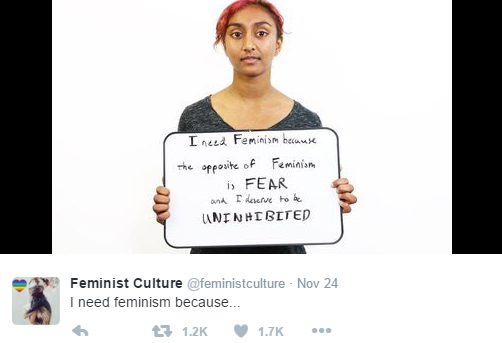 Twitter, along with Instagram and Tumblr, will continue to be a canvas for social injustice to be painted in its true colors and shown where most people think it has disappeared. To have change happen, we must take the first step in the form of recognizing that there is a problem in the first place.

Social media has been used by many to spread positivity and optimism that some people might not be familiar with in person. There's a myth that never meeting a person makes any bond formed over texting, calling, Skyping, and FaceTiming non-existing, a ghost, but that's far from the truth.

Many people can give you the comfort that people around you, physically, might not be able to give. Someone thousands of miles away can lend you a shoulder to lay on without actually having your skin touch theirs. The Internet has provided people a chance to virtually meet soulmates, not only in the sense of romantic love, but friendship as well.

The Internet, social media precisely, has served to give people a support system that they might not have the chance to have in person. Connecting with people is so much easier than it used to be. Finding genuine relationships in something so "unreal" has given people happiness that they couldn't have discovered in "real life".

Speaking from personal experience, I've encountered an outpour of love and support from people I've never met in person but have only exchanged words via the Internet. Having a platform like Instagram has enabled me to discover things about myself that I didn't know before. I've been able to share things with a larger group of people and get feedback right away. I've learned to love myself in the package that I come in and stopped holding myself back from what I had to offer the world. These things aren't given to you by others, of course, no one can fix you, but they can give you a push in the right direction.

On Instagram, I've hosted these things called #bodypositive parties where people post pictures of themselves and their bodies where they feel confident under the hashtag #jazbodiposiparty. People go on the hashtag and uplift others with bright and shining words that put a smile on many faces. Through these little Internet parties, people come to terms with how beautiful their bodies truly are in its raw form and that there is no reason at all for them to hide it. 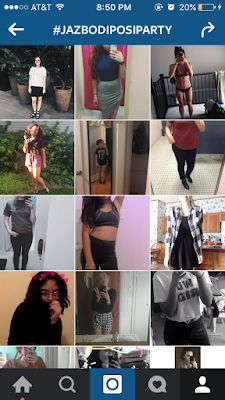 I've received so many messages from people saying I've helped them realize how amazing they are as people and it's truly astonishing how much power these tiny screens hold.

Tumblr and Instagram have become a way for people to find sources of inspiration and let their creativity prosper. Through the Internet, people have been exposed towards a multitude of art more than we initially were growing up. I've been inspired by so many other Internet artists and writers that I started creating things of my own seriously around the age of 10. I've never trusted my talent to share my creations with the world but I'm growing more confident by the hour.

Artists are showcasing more of their work than ever before, using the easy accessibility of the Internet to reach so many people in such a short amount of time. The social media age has pushed many teenagers to discover the artists within themselves buried beneath skin and bones or to support teen artists.

The Risen family is composed of people that have never met before (with the few exception of Edythe and I). Without the Internet, Risen would have never been created. Never touching and talking in person doesn't hinder the magic that happens on this website and even in our wild group chats. The Internet has provided us an outlet to share our thoughts and ideas with each other and to our audience. Without the so-called "burden" (nicknamed by a lot of adults around me) that is technology, we wouldn't have been able to make all of this happen.

The Internet is a treasure chest for many aspiring artists and writers, a chance to come upon so many concepts and styles to try out. Artists are now being heard, seen, and discovered by strangers through the click of a button. That's a dream come true for underground artists! I bet Van Gogh would cut his ear off to get so much attention in such a short timespan. It's a convenience that many artists have never had in the past to this extent and it's amazing to see the artist movement grow so much stronger and larger, along with its audience.

Some of the art manifested online: 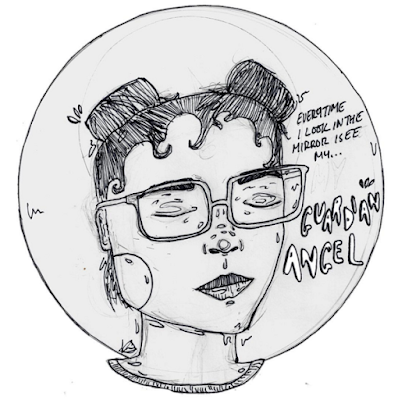 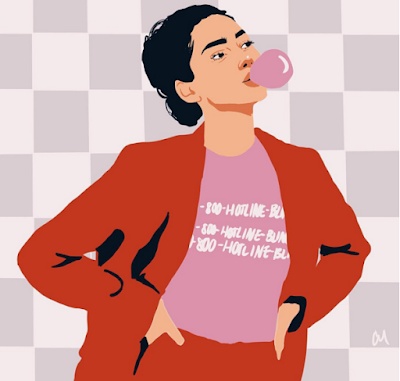 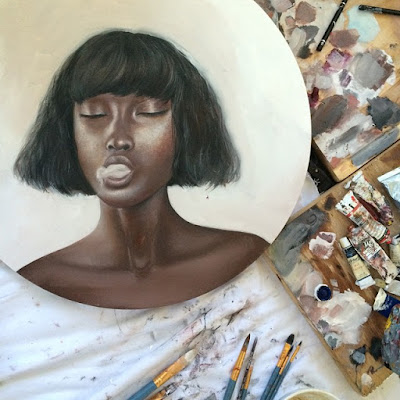 The Internet is neither good or bad, but is instead a mix of both. Most of the focus by society has been directed on the darker side of the Internet and they tend to forget that good outcomes can turn out from it.

I posted this photo on Instagram, asking my followers how social media has helped them. 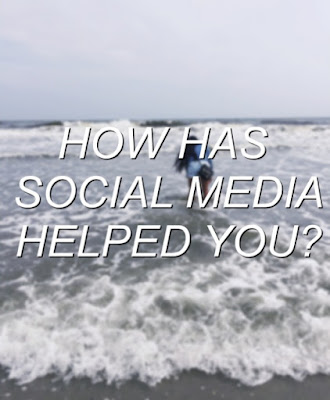 Here are their responses: 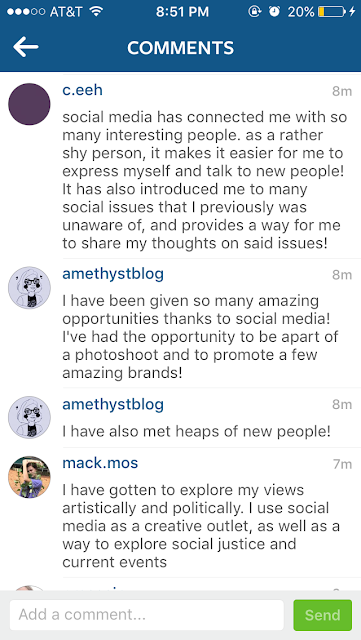 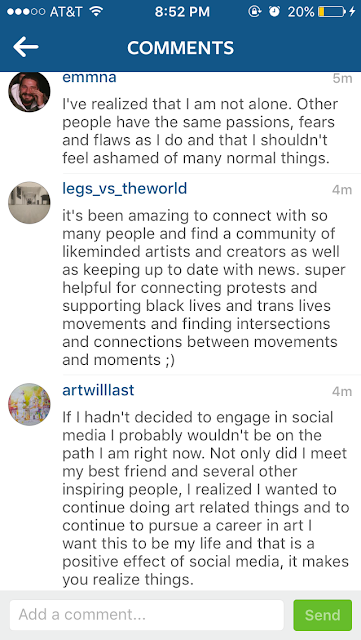 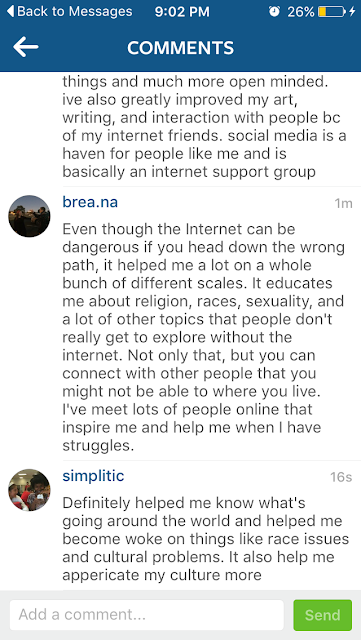 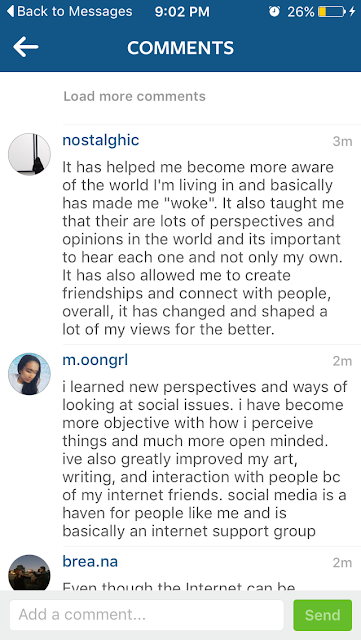 The Internet has power that has not been seen until our generation. Like everything else, the impact of social media depends on how you use it and what you make of it. All of us have a choice: to use social media as a tool to rise or to fall. Which one will you choose?