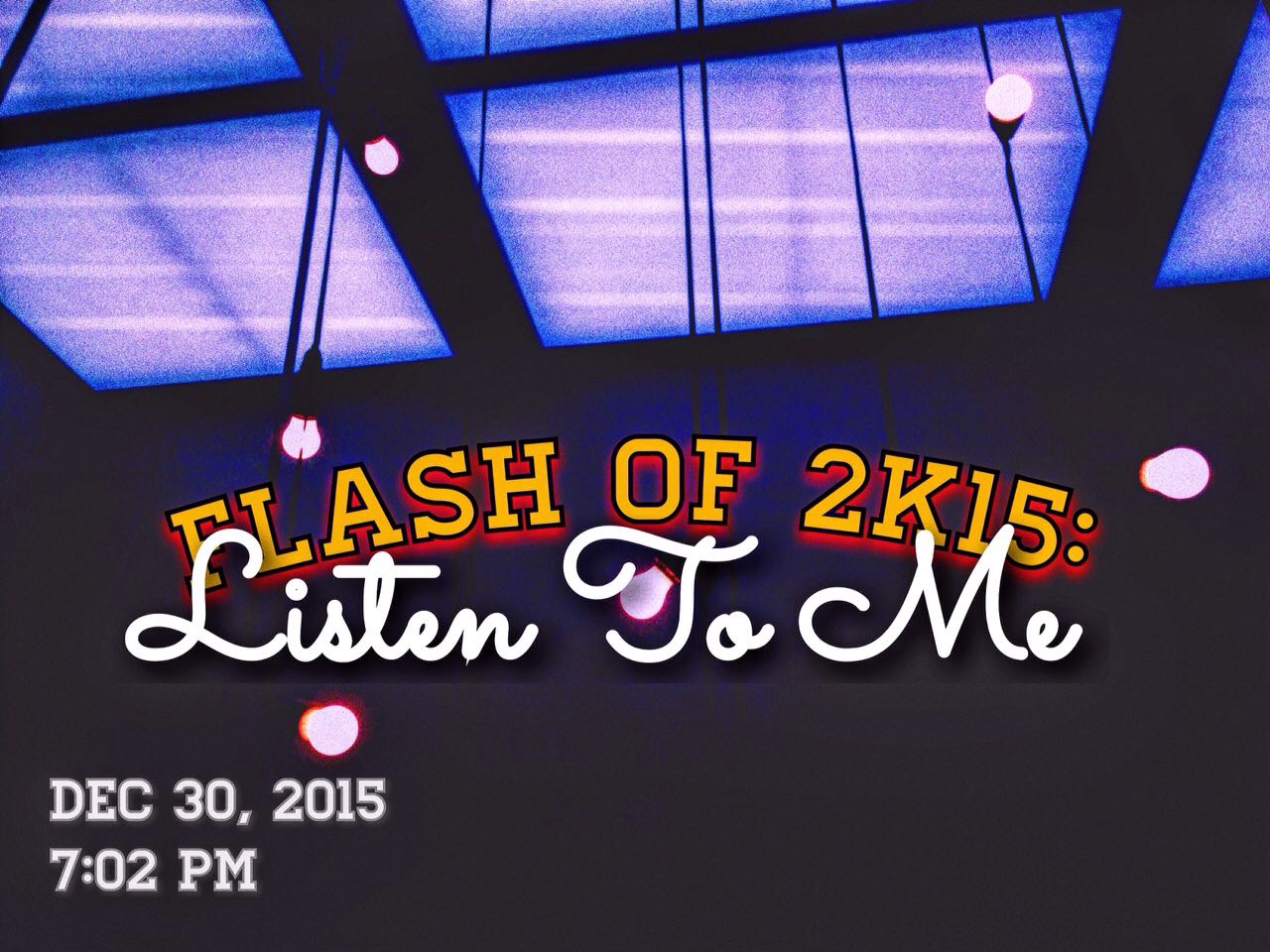 Flash of 2K15 is a series depicting the important events of 2015, whether it be mainstream events, political events, social events, or  even personal ones. A few members of our team have gathered to work together in making this series of poems and visuals to show you what 2015 meant to us.

"Listen To Me" is a sub-category to the series made for a collection of poetry. Poets from Risen have gathered to write about what 2015 bled onto their journals, maybe with ink or creative fluid. We hope you enjoy! 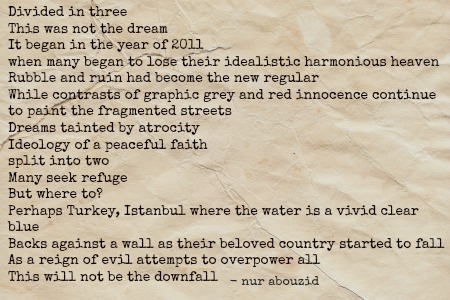 "For Syria was written to show my compassion and sympathy for and with the Syrian people. My hopes for the new year of 2016 are that the war will cease to exist and people will finally be able to return home and rebuild their country. Hopefully political and religious differences will be set aside someday and coexistence will
be." 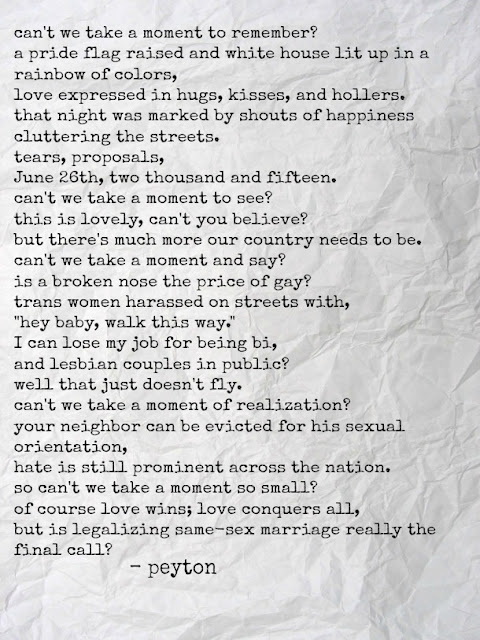 "Final Call was written to explain that although the legalization of same-sex marriage is a huge step in the right direction, we must remember that it does not solve or even address the many problems and discrimination that LGBTQA+ people face in the U.S. 2015 was an important milestone in the process of freedom and acceptance for LGBTQA+ people, and if everyone jumps in, 2016 can be even more monumental."

"Listen to the Distant Past " 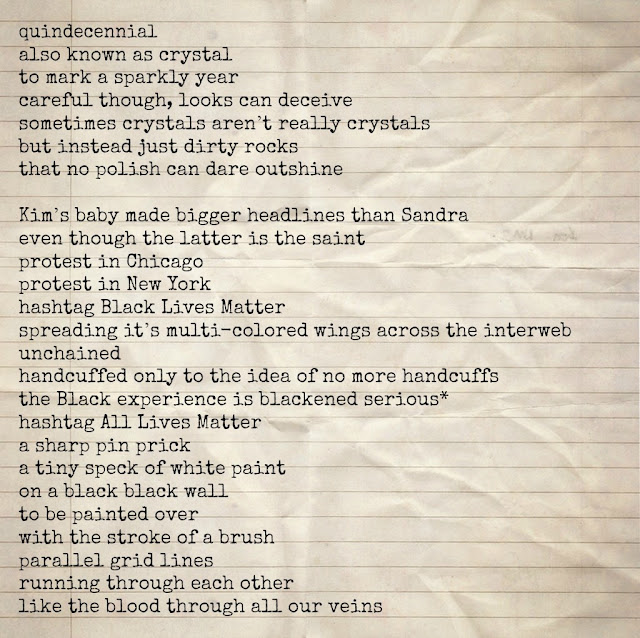 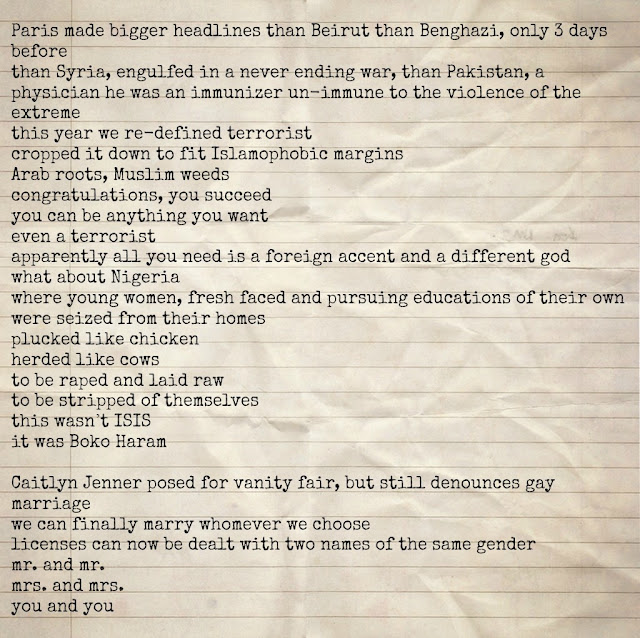 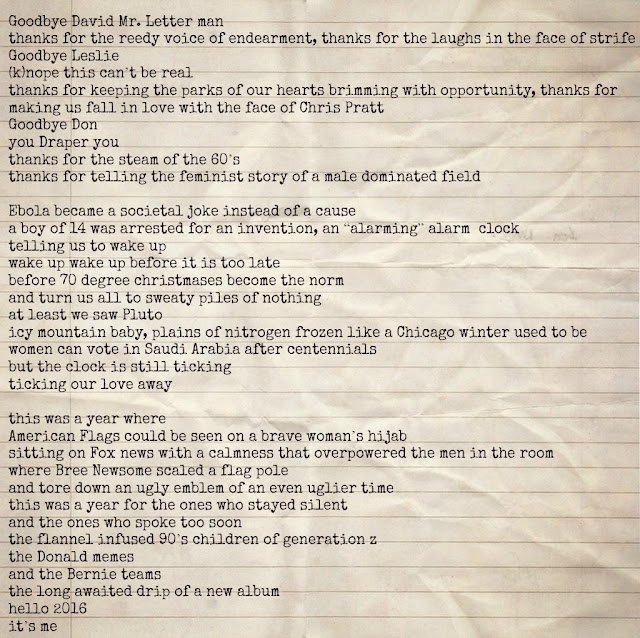 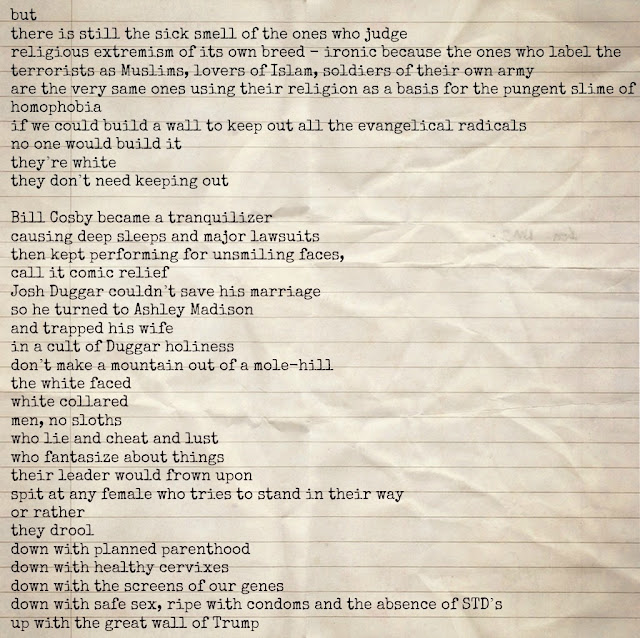 "Listen to the Distant Past" is supposed to be a messy compilation of 2015, it's highs, shadowed by it's lows. Not overshadowed, but still present. This poem is emblemic of the advances and nuances that shaped 2015. It was a year of turbulence and, I wrote it in a way that was designed not to be stagnant. -Ruth 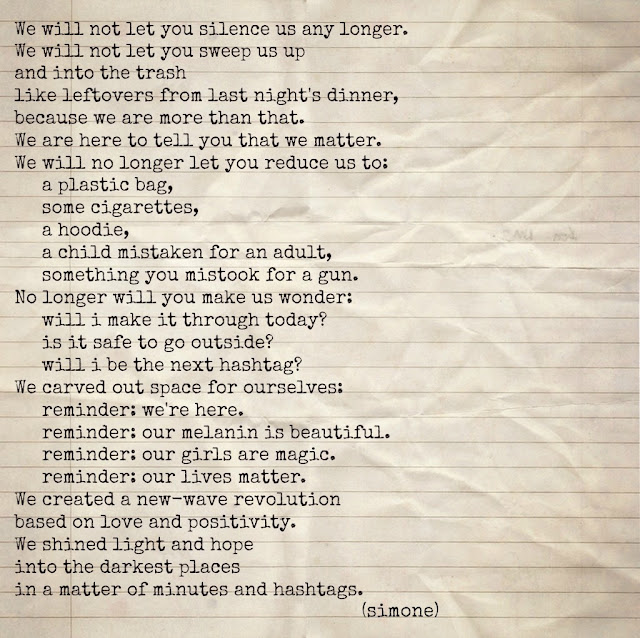 "Reminder" is a poem written about what it meant to be black in America in 2015. This year, the #BlackLivesMatter movement gave voices to the silenced and spread love to those who needed it most. Though there were tragedies and tribulations, we stand united and will continue to spread awareness and positivity in 2016. 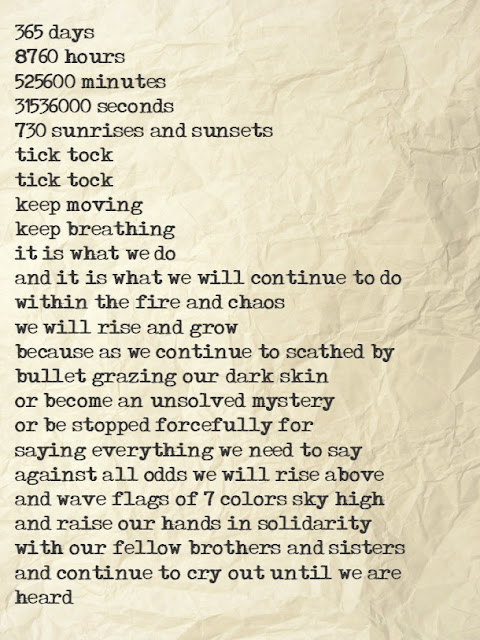 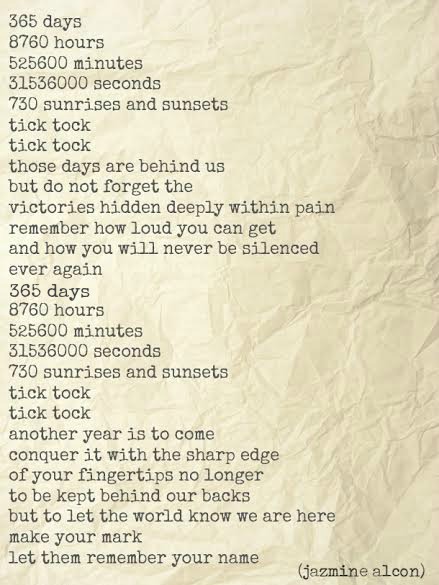 "Secondhand" is a poem written to represent how time has been spent in 2015. With every hour, minute, and second, 2015 has presented everybody with a surprise. We have faced challenges and looked our fears dead in the eyes. We have all seen our brothers and sisters torn down while we remain standing. 2015 was the year for awakening and 2016 will be the year to make your mark.

"Our poets & the whole Risen Family hoped that 2015 treated you well and that 2016 will treat you even better. 2016 can be anything you want it to be. It will have it's up's and down's, of course, but that doesn't mean that it can't be molded by your own hands to be an unforgettable year. Live. Grow. Discover. You can do anything and everything you want to do with the right amount of perseverance, belief, and understanding." -Jazmine Alcon, Co-Editor In Chief