on December 06, 2015
As a child growing up in a predominantly Catholic area, I always struggled with my Jewish identity.  A huge minority of my peers shared my religion- I was usually one of maybe 4 or 5 Jewish kids in my elementary school grades of approximately 100 kids total.  I resented the fact that my religion set me apart from the rest of them.  Often when people found out I was Jewish, the most common first response was, “That’s so surprising, you really don’t look Jewish!” followed by, “So like, you still celebrate Christmas, right?” (To which my response was always a very confused no.)
While most of the reactions to my Judaism among my peers were benign, my father did not share the same fate growing up in the same town years before.  He often was the victim of religion based bullying and harassment.  Religious slurs were thrown around with reckless abandon.  His own friends were hesitant to bring him to visit at their country clubs because they did not allow Jews to be members.  Through all of this he found solace in the friendships he made at his local JCC.  This experience in his childhood, while traumatic, gave him an immense pride in his religion that he holds to this day.
Two generations back in my family, my great-grandmother was a Holocaust survivor.  She and her family fled their home in Germany to the ghettos of Shanghai, China, the only place that opened their ports to Jewish refugees at the time, with scarcely anything but the clothes on their backs.  Her husband was in a Nazi concentration camp at the time and she was able to pay for his release and passage to join them in China, however he passed away soon after his arrival from a disease contracted in the camp.  My great grandmother cared for her two young children and continued to persevere.  My family still frequently talks about her strength as a woman who was able to care for her family and herself in a time of such atrocities against her faith.
With these two examples of people in my family who had suffered greatly for the right to practice their religion, I felt that I had an obligation to practice Judaism.  I struggled with this.  I am not a religious person whatsoever.  I do not believe in God or any higher power, and this led me to feel extremely un-Jewish.  This only led to guilt and feelings of ungratefulness which persisted for quite some time before and after my Bat Mitzvah, a huge religious milestone in the Jewish faith.  I felt that I was taking this opportunity to freely practice my religion for granted, and wondered if I could even call myself a Jew.
And then, one day, I had a revelation.  I am a cultural Jew.  Yes, I am quite Jewish, but more in the cultural aspect than religious.  I do not feel a connection to God, so to speak, but I do feel a deep connection to the teachings of the Torah that guide me on my path to being a better, more moral person.  I feel a deep connection to Judaism at the Shabbat dinners my family and I eat every Friday night, and when we sing the blessings over the wine and challah I hear the sounds of home.  On the High Holidays when we go to my Bubbie's house for dinner I taste my religion in the Matzo Ball Soup.  I can certainly call myself a Jew because I am.
The following photoset was shot on 35mm film at two different Rosh Hashanah dinners I attended with my family.  In these photos I feel the warmth and love of my religion, and I hope you can too.  Happy Hanukkah.
-Shelby 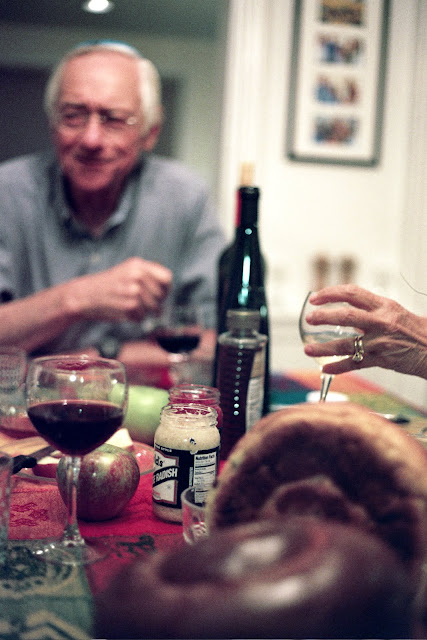 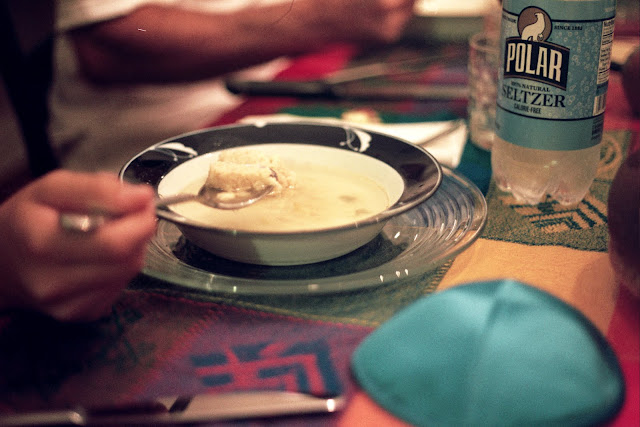 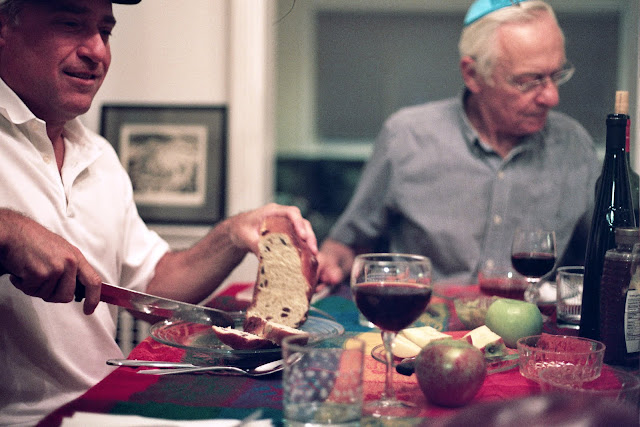