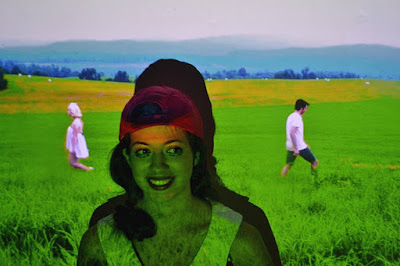 Isabella Bustamante in front of Senna Lauer’s installation at Juvenilia

If Isabella Bustamante's name sounds familiar to you, then you've probably seen the aftermath of goodness that has come from her project, an exhbition for young creatives called Teen Art Salon. Isabella is the epitome of a "woke" adult. She is actively listening to the passions and concerns of youth, as well as giving them an outlet to express their creativity. Teen Art Salon also promotes non-hiearchichal collaboration amongst adolescents, ensuring them a safe space to work on creative projects.

A New York native herself, Isabella has provided adolescents from all over New York with the tools they need to create their own masterpieces and express themselves visually. By creating a place for youth who may not be able to afford the supplies needed to complete their next big idea or piece of art, Isabella has greatly changed the face of the teen art scene in New York forever. Not only has she created a sense of unity between New York's resident young creatives through the use of "salon" seminars, she encourages youth to passionately advocate for social justice issues and express who they really are.

Priscila and I really admire teen art salon and what it stands for. We think it's important for teenagers to get the exposure that you have given them. How did you think of teen art salon and how did you start up this project?
I came back to the US from London last year, where I was working and doing my masters degree and met up with some high-school teens I used to babysit for. I was blown away by their perspectives on politics, gender, social justice, philosophy, notions of success, protest culture, feminism and much more. Then I asked to see what kind of artwork they were making and knew it shouldn’t just be confined to just desk drawers and hard-drives.
I then started giving them some historical context for the issues they were interested in, and we started to have “salons” about the contributing political, social, and economic forces that surround contemporary art making. Soon after we started collaborating on projects.
I wanted to create an organization that actively represents the interests and creative ambitions of adolescents, as their influence on visual culture and social change is often dismissed or commodified by corporations. Our urban infrastructure has neglected to design spaces for teenagers to congregate and to nurture their artistic ambitions, so a big part of what I wanted to do with the open studios was to have adolescents experimenting creatively as well as collaborating.
You've worked very closely with teenage artists and we just wanna know what you think of us? What do you find that each teenage artist has in common in behavior and mentality?
I think it’s great that you and Priscilla wanted to write , and just decided to begin a zine! Creative risks are ideas becoming actions.
I can’t say there is one trait which all adolescent artists possess, but I will say that the young people I’ve worked with are kind and supportive of one another and this is so important.
Art should never be about competition.
I also appreciate the poise, eloquence, and self-possessed ways of communicating I see as a trend with this generation.
What do you have to say to young artists out there still trying to find themselves?
Don’t stop creating. There is no such thing as a bad piece, it’s all about the process.
Additionally, take advantage of any support systems you have. Learn from teachers, peers, mentors, the earth; use resources around you.

Describe the color blue to someone who's blind
I actually talked to a young artist in Toronto the other day about this sort of idea you’re getting at with deconstruction. I said try and paint water without any reference to what water actually looks like.
Maybe that’s blue.
Who are your favorite teen artists that you've come across?
Far too many to name!! There were some very strong artists in our show but equally strong artists show up at our open studios. I’d say stay tuned!

Here is a look into Juvenilia this summer curated by Isabella: 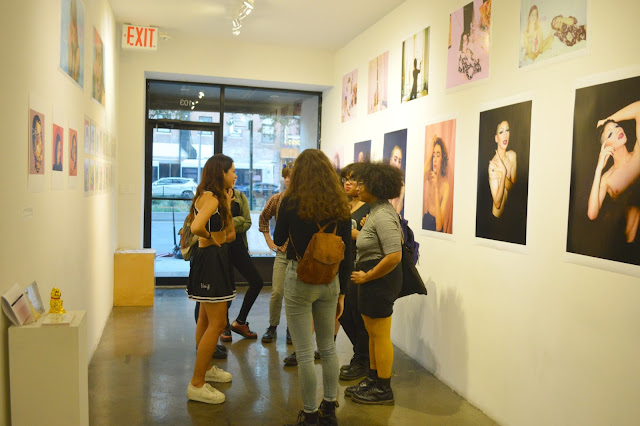 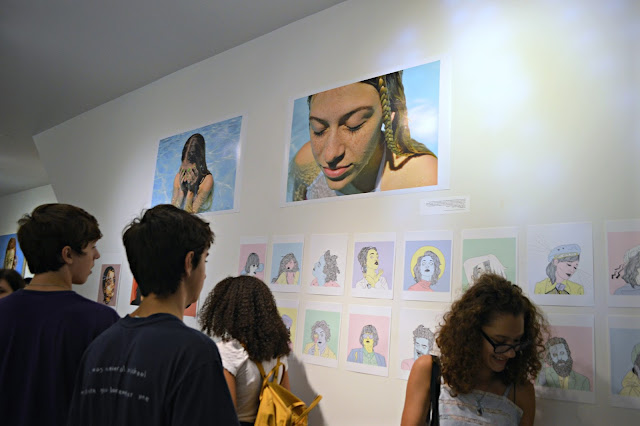 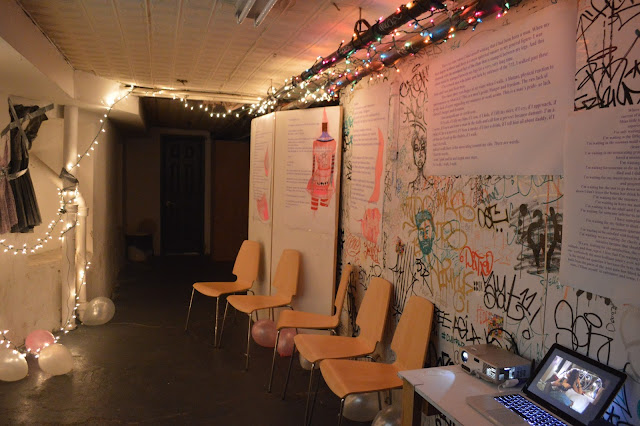 Teen Art Salon will have free open studios for adolescents ages 13-19 every Saturday this November from 2-6pm?
Young artists, activists, philosophers, thinkers, makers and dreamers are welcome to use our space to collaborate on projects, make connections, and have uncensored conversations.
It’s located at 2728 Thomson Ave. WS6 Long Island City, NY 11101 inside the Arris Lofts 1st floor. Accessible by the E, M, G, and 7 trains to Court Square.